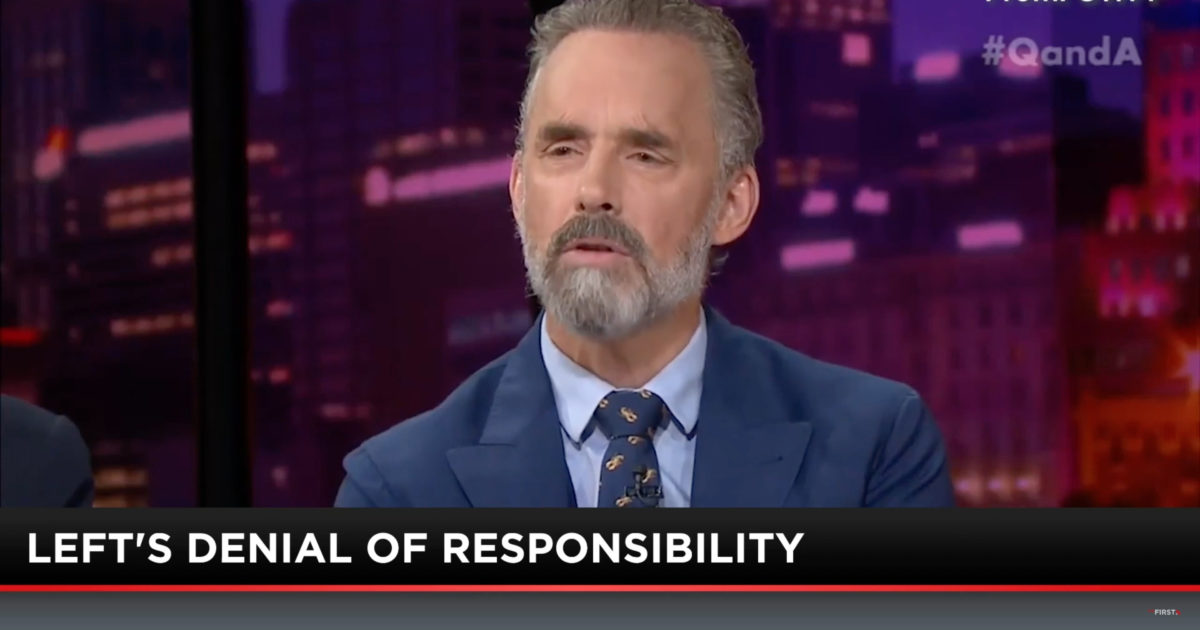 Mike Slater took a moment on Thursday to play his “favorite Jordan Peterson clip of all time” adding that it somehow only had 6,000 views.

You may recognize Peterson as the conservative-leaning psychologist who saw a meteoric rise in his celebrity status when his lectures began going viral on social media. This caused leftists to demonize him as “alt-right.”

In the brief clip, Dr. Peterson receives applause for his response to a question about “collective responsibility,” a concept he largely debunks saying in part:

“I’m suggesting that people who don’t have their own houses in order should be very careful before they go about reorganizing the world!”