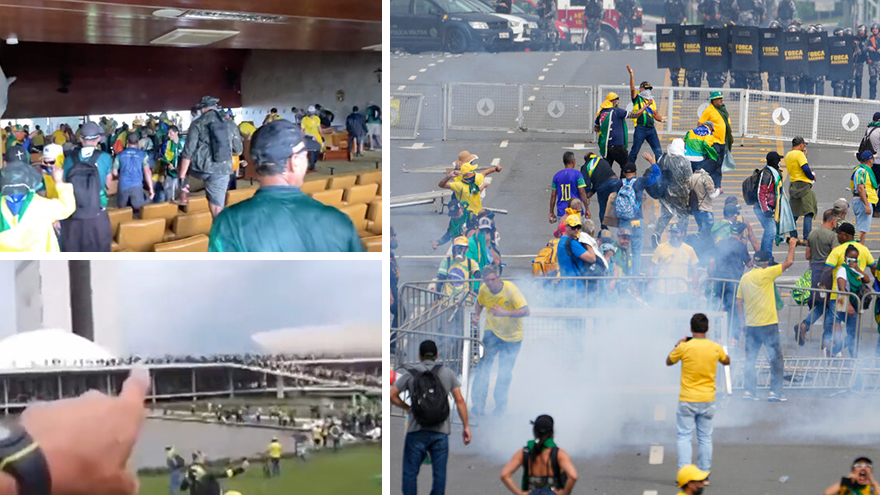 Supporters of former Brazilian President Jair Bolsonaro stormed multiple buildings in the nation’s capital of Brasília on Sunday. Video has emerged on social media showing protesters entering buildings that house all three branches of Brazil’s government including the nation’s legislature, its presidential palace, and Supreme Court.

Watch the dramatic video below:

The demonstrations are in support of former Brazilian President Jair Bolsonaro, and come just a week after leftist Lula da Silva was sworn in as the nation’s new president.

Thousands of demonstrators bypassed security barricades, climbed on the roofs, broke windows and invaded all three buildings, which are connected through the vast Three Powers square in Brasilia. Some are calling for a military intervention to restore the far-right Bolsonaro to power.