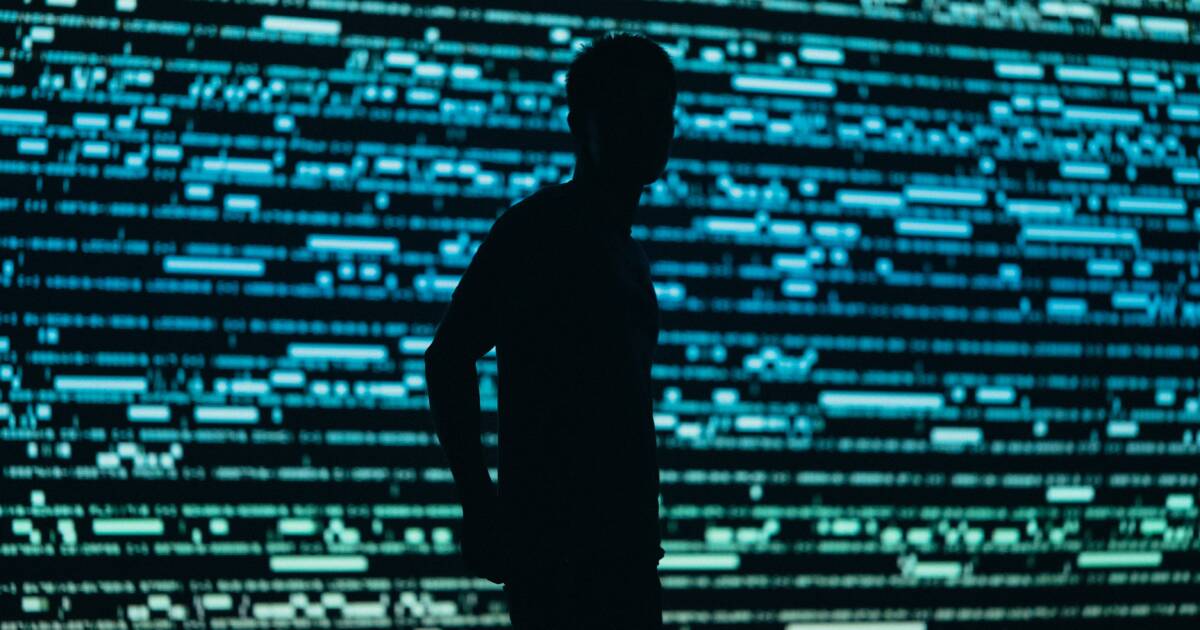 The Durham investigation was back in the news over the weekend. The inquiry that was supposed to be a smoking gun for FBI wrongdoing and drop just before the election – the 2020 election, that is – is still ongoing and some, such as Jim Jordan, Mark Meadows, and Donald Trump himself, are calling an allegation that the Hillary Clinton campaign was working with a tech executive to “mine” internet data “for the purpose of gathering derogatory information about Donald Trump” an explosive revelation of wrongdoing. The actual story is a bit more complicated, however.

The new revelations center on a February 11 filing by the Durham team that was first reported by Fox News and the Washington Times. One of the first things that I noticed about the reports (the full text of the filing is now online here) is that it does not contain an indictment for spying or surveillance. That’s a pretty glaring omission for a bombshell report that the president of the United States was under surveillance.

As it turns out, the filing is a motion related to a previous indictment that was revealed last September. In this indictment, Michael A. Sussmann, an attorney in Washington, DC, was charged with making false statements to the FBI on Sept. 19, 2016. Note that the date is prior to the 2016 election and the charge relates to Sussman’s request to pass along evidence to the General Counsel “that allegedly demonstrated a covert communications channel between the Trump Organization and a Russia-based bank.”

Per the Justice Department’s press release, “Sussmann, who had previously represented the Democratic National Committee in connection with a cyber hack, falsely stated to the General Counsel that he was not bringing these allegations to the FBI on behalf of any client. This false representation led the General Counsel to understand that Sussmann was providing information as a good citizen rather than a paid advocate or political operative. In fact, Sussmann assembled and conveyed the allegations to the FBI on behalf of at least two clients, including a U.S. technology executive and the Clinton Presidential Campaign.”

The filing last week, which was part of an effort to claim conflicts of interest with Sussman’s defense team, alleged that the information passed along by Sussman originated with former Neustar Senior Vice President Rodney Joffe, called “Technology Executive – 1,” who “exploited” domain name system internet traffic at “a particular health care provider” (believed to be Spectrum Health), Trump Tower, and “the Executive Office of the President of the United States.”

As explained by the Times, Durham alleged that “‘Internet Company-1’ accessed ‘dedicated servers for the EOP [Executive Office of the President] as part of a sensitive arrangement whereby it provided DNS resolution services to the EOP’ and that Joffe and his associates ‘exploited this arrangement by mining the EOP’s DNS traffic and other data for the purpose of gathering derogatory information about Donald Trump.’”

After an initial meeting in September 2016, Durham says that Sussman passed along additional information from Joffe to a second federal agency, likely the CIA, on February 9, 2017. Durham alleges that Sussman repeated the claim that he was not working on behalf of a client at this meeting. Sussman denies that claim and says he did nothing wrong.

The Times fails to make the leap to the Jordan and Meadows’s claims that the filing proves that the Clinton campaign illegally spied on the Trump campaign and the Trump White House, saying instead that the news “gave allies of Trump more reason to believe the former president was spied upon.” Fox also stops short of saying that the Clinton campaign broke the law. There is a good reason why neither outlet connects that final dot.

The Fox report provides more detail on just what Sussman and Joffe were feeding to the FBI. The filing reportedly states that Sussman “provided data which he claimed reflected purportedly suspicious DNS lookups by these entities of internet protocol (IP) addresses affiliated with a Russian mobile phone provider,” and that he claimed that the lookups “demonstrated Trump and/or his associates were using supposedly rare, Russian-made wireless phones in the vicinity of the White House and other locations.”

“The Special Counsel’s Office has identified no support for these allegations,” Durham added, noting that the “lookups were far from rare in the United States.”

For those who aren’t especially tech-savvy (like me), a DNS lookup refers to the process of looking up an internet address. The domain name system (DNS) is like the address book or phone number for the internet, so a DNS lookup might provide the IP addresses of sites visited by devices or who those sites are registered to, but it wouldn’t show the content exchanged by those devices.

The section of the filing that discusses “applicable law” makes no mention of laws that prohibit using inside sources to look up DNS addresses. Rather, the brief is a discussion of whether Sussman’s counsel, the law firm of Latham & Watkins LLP, has a conflict of interests because it had already represented Sussman and two other clients in matters dealing with the Special Counsel investigation.

The use of the term “executive office of the president” also does not seem to imply that White House servers or Trump himself were directly monitored by Joffe’s efforts. The White House website defines the term not as a physical location such as the Oval Office but as the “home to many of the President’s closest advisers” that “are constantly shifting as each President identifies his or her needs and priorities.” The EOP includes the White House Communications Office and Press Secretary’s Office, the White House Military Office, and the Office of Presidential Advance. The site notes that “many senior advisors in the EOP work near the President in the West Wing of the White House,” but “the majority of the staff is housed in the Eisenhower Executive Office Building.”

So, was Trump right? Well, let’s go back to what Trump actually said. The Former Guy’s tweets are no more but their content has been preserved. Fact Check lists a series of Trump’s tweets from 2017 which are the basis for his claims of vindication. In the tweets, Trump claimed that “Obama had my ‘wires tapped’ in Trump Tower.” There are several tweets and the wording varies, but they all center around “Obama” and “wiretapping.”

There are key differences between Trump’s claims and Durham’s allegations. First, the use of “Obama” implies government action since Obama was president at the time. So far, Durham’s investigation has not uncovered any criminal wrongdoing or illicit surveillance by the FBI or other federal agencies.

The sole indictment of a government employee was an FBI lawyer who pleaded guilty to one count of altering an email. Kevin Clinesmith was sentenced to probation and community service after explaining that he believed his edit to be true.

A parallel investigation by the DOJ inspector general into the origins of the Crossfire Hurricane investigation of Trump’s alleged ties to Russia was completed way back in December 2019. That report found no evidence of “political bias or improper motivation” in opening the investigation or that the FBI had attempted to spy on the Trump campaign. It did, however, find numerous omissions and errors in judgment that did not rise to the level of criminal conduct.

Likewise, Trump’s use of the word “wiretapping,” even considering that surveillance today would likely not require physically “tapping” a wire, implies that the content of his communications was being read or heard. To date, that does not appear to be the case. That includes the details from the recent Durham filing.

Further, there seems to be a serious question as to whether accessing the DNS lookups was even illegal. Consider that Sussman has only been charged with lying to the FBI and not any surveillance-related crime, while Joffe, the person who actually looked into the internet records, has not been charged with anything. It’s possible that further indictments are coming, but it seems that most prosecutors would have chosen to make the big collar before breaking the story with a filing that deals with minutia.

Some might argue that Sussman and Joffe are being given a pass by the Deep State for their nefarious deeds. If that’s the case, why is Sussman being prosecuted for making false statements? If he’s going to be let off the hook for one charge, why not both?

Whether the DNS lookups constitute spying depends on how you define the term. Merriam-Webster defines “spying” as “to watch secretly usually for hostile purposes,” which would apply in this case. However, that definition is so vague as to encompass any number of opposition research activities carried out by political campaigns.

And it’s important to remember that Trump didn’t just claim that his campaign was spied on, he claimed Obama Administration was doing it, not the Clinton campaign. He also claimed a more intrusive sort of espionage than accessing DNS information. Neither of those claims is supported by evidence.

Channeling the Chevy Chase days of “Saturday Night Live,” it’s also worth noting that the breaking news is that former Secretary of State Hillary Clinton has also still not been indicted for illicit spying on Trump… or for anything else. A 2016 look at Clinton’s private email server and a 2020 investigation into the Clinton Foundation both failed to yield criminal charges.

The Durham investigation, which began on May 13, 2019, has so far lasted 1,008 days. By comparison, the Mueller investigation lasted only 674 days, already almost a year shorter. Mueller indicted 38 individuals and companies in that time while Durham has indicted only three: Clinesmith, Sussman, and a Russian national who was also charged with making false statements. It’s interesting to note that many of the same folks that attacked the Mueller investigation as a neverending waste of money and resources are happy to let Durham keep digging.

Far from being a smoking gun, the Durham filing breaks little new ground and seems unlikely to bring any new indictments or confirm allegations of government wrongdoing or surveillance of the Trump campaign. If John Durham hasn’t uncovered a Vast Deep State Conspiracy by now, the odds are not good that he ever will. It’s time for the Special Counsel to close up shop if he can’t uncover criminal activity soon.

With every revelation, there is a rush to say that “Trump was right” about alleged spying on his campaign, but the revelations don’t fit the narrative. The Durham investigation was chartered in April 2019 to examine allegations that the FBI unlawfully surveilled Donald Trump’s campaign. On that score, it has been a bust, but that doesn’t stop Trump’s supporters from twisting both The Former Guy’s original claims and the available facts to fit their own agendas.