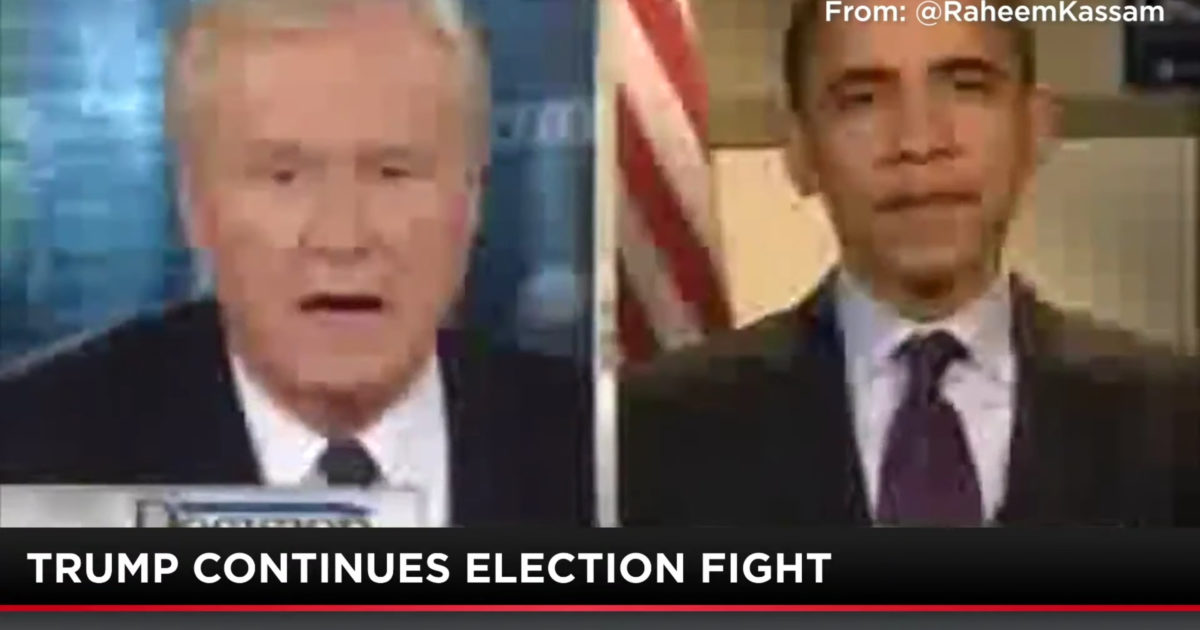 President Trump has moved to disqualify 100,000 absentee ballots from voters who never requested one per Wisconsin state law, Mike Slater reported on his Tuesday show.

He showed footage of Barack Obama advocating for election integrity in his own election in 2008 saying, “I think we have to figure out whether this was fraud-proof.”

Slater asked, was it “racist” when Obama did it too?