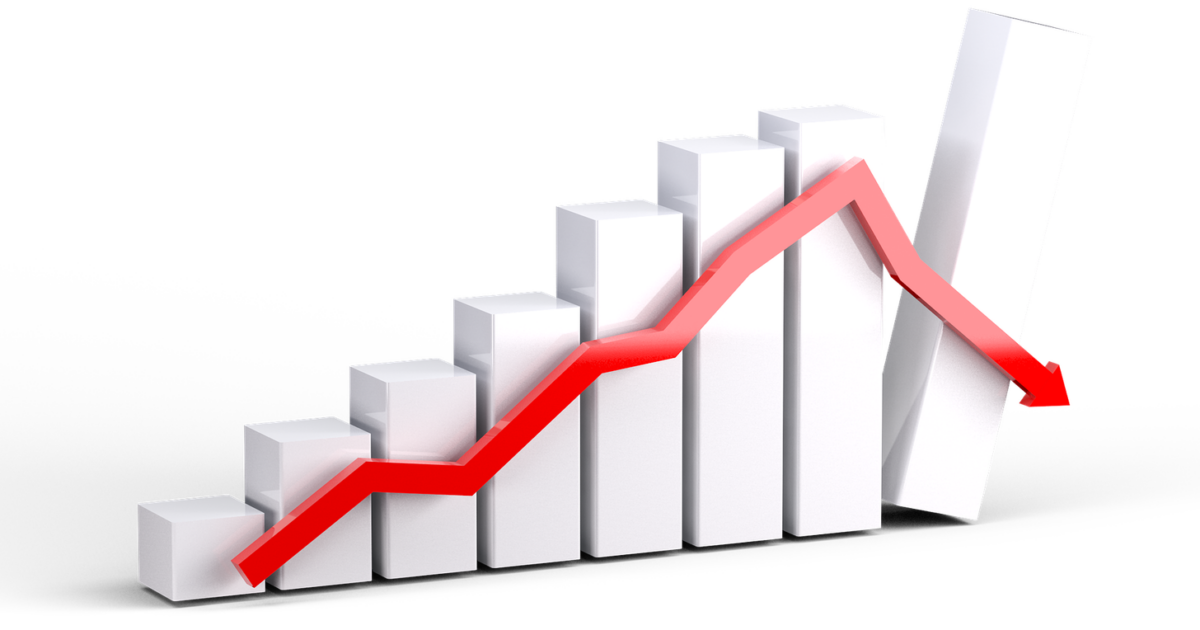 I have a friend on Facebook who, almost every time the stock market has a bad day, posts the numbers with a message along the lines of “Thanks, Joe Biden” Interestingly, he doesn’t post congratulatory messages to President Biden on days when the market climbs, but admittedly, the past few weeks have brought a lot of down days in the market.

The obvious question is how much control does the president have over the stock market? The answer is that he really doesn’t have a lot.

Even the most ardent partisans would probably admit that there is no button in the Oval Office to make stocks go and down on a given day. Presidential policies do matter, but they might matter less than you think.

It seems much more likely that presidents and parties are buffeted along on economic seas by larger forces that are often beyond their control. For instance, the pandemic was going to affect the economy no matter how the government reacted to it. So was the war in Ukraine. For that matter, so does the business cycle.

In fact, the business cycle, the natural rise and fall of the economy in which booms alternate with recessions, is one of the strongest predictors of elections. If the economy is strong and inflation is low, the incumbent party generally does well. If the economy is weak, the opposition has an advantage.

Of course, this leads to viewing the economy through a partisan lens. The opposition has a vested interest in convincing voters that this is the worst economy since the Great Depression while incumbents have a good reason to tout every piece of evidence of economic strength that they can find.

A good example of this was the transition between the Obama and Trump Administrations. During the 2016 campaign season, Republicans painted the economy as weak, but as soon as Donald Trump took office, the same economy magically became strong to Republicans. This remained true even as the economy started to weaken after the onset of Trump’s trade wars. In reality, it was the same economy and part of the same expansion until Trump’s tariff policies brought on a manufacturing recession in 2019 and a more general recession in February 2020, a month prior to the onset of community spread in the US.

That brings us to one of my axioms: It’s a lot easier for presidents to screw up the economy than to boost it.

So, that leads to the question of whether Biden has enacted policies that would screw up the economy. To be honest, the answer is at least partially yes.

Biden’s first two years have been characterized by almost no major successes, save two. Early in his administration, he passed a $1.7 trillion COVID relief bill, the American Rescue Plan, that included $1,400 payments to Americans and child tax credits. Biden also won passage of a bipartisan infrastructure bill, valued at one trillion dollars.

Both of these laws are funded heavily with debt and dump money into the economy, but that is little different from what Presidents Bush, Obama, and Trump did. Did Biden’s spending bills cause our current bout of inflation? The answer seems to be at least partially yes.

I think it’s true that many Americans and businesses did need help to weather the pandemic. I think it’s also true that we could have been smarter about how to do it. Rather than shotgunning checks out to every American, it might have been wiser to identify those who needed assistance and focus aid on them.

Dr. Joshua Robinson, a professor of economics at the University of Alabama at Birmingham, acknowledged to CNN Newsource that pandemic relief was necessary to prevent a deeper economic crisis, but added, “The trade-off is we have placed ourselves at risk for this inflation that we are now seeing. Now, the Fed has to pull the reins back a little bit. But they have to do so very slowly because if they do this too quickly, they could actually cause a recession.”

So, yes, the economic stimulus advanced by both Biden and Trump (who went so far as to put his name on stimulus checks) has helped to fuel inflation, but that isn’t the only cause. There is also pent-up demand from the pandemic which is paired with continuing supply chain problems. In other words, consumers are flush with cash and in the mood to spend after two pandemic years, but retailers are still having problems getting goods to market. These factors have combined to drive up prices.

Further, the war in Ukraine has also served to drive up prices further. In particular, oil prices spiked when Putin invaded Ukraine and have not yet returned to normal levels.

But that’s not all. Those of us who were in school a few decades ago might remember that Ukraine was once called “the breadbasket of the Soviet Union” for its food production. With many crops going unplanted or unharvested this year (or stolen by Russians), food prices have also increased and there is the potential that the crisis will lead to famines in poor countries of the world.

We started with the stock market and to help bring this back full circle, the Fed is shifting to an inflation-fighting posture. We know that the way to fight inflation is to raise interest rates. That worked for Reagan and Paul Volcker in the 1980s and the Fed is trying it again now, having begun a series of rate increases.

Raising interest rates is a double-edged sword, however. Much of the stock market volatility that we have seen over the past few months is a reaction to the Fed’s rate increases. If the Fed raises rates too far or too quickly, there is also the possibility of a recession, which is also a concern of investors.

On the other hand, interest rates are good for many parts of the economy. Banks and lenders can profit from higher interest rates, and higher rates also encourage saving. For the past decade or so, interest rates have been at near-zero, pushing those who want to grow their nest eggs toward the stock market.

The good news that that things still seem likely to even out. Barron’s recently opined that household disposable income is now below pre-COVID levels. Consumers will have to rein in spending, which should in turn help to rein in prices and inflation.

I’ll add that pessimists should be careful to assume that current market conditions will prevail throughout the Biden presidency. Donald Trump also presided over a volatile market, but ultimately the strength of the economy and markets won out. That may well prove true for Biden since the underlying economy is strong despite inflation and topsy-turvy financial markets.

So the short answer to today’s topic is the stock market is volatile because the Fed is raising interest rates to fight inflation. We have an inflation problem for several reasons, but one factor is that both Biden and Trump put forth a lot of fiscal stimuli, money that subsequently fueled demand and helped to drive up prices. A part of the stock market’s performance can be traced to Biden but also to Trump, Putin, and COVID.

Of course, only one of those is the current president, and, fair or not, presidents tend to be lightning rods. They are visible and they get the blame for what happens while they are in office, whether they are responsible for it or not.