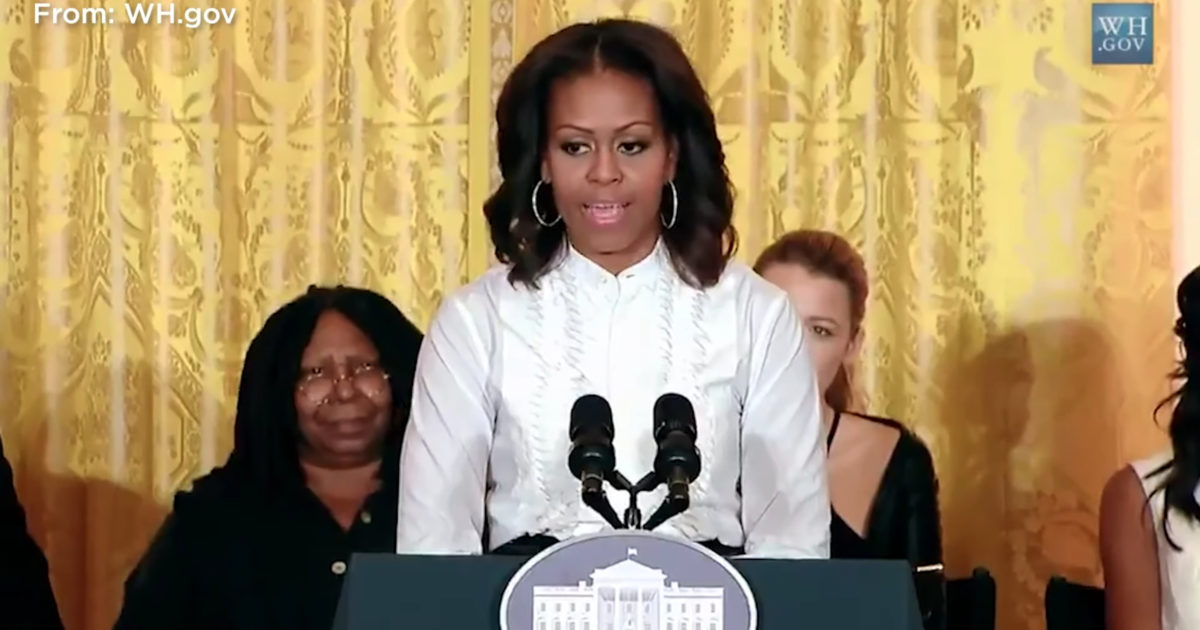 Buck Sexton played the video on his show Tuesday in which Michelle can be heard saying, “I want to start by thanking Harvey Weinstein… this is possible because of Harvey, he is a wonderful human being, a good friend, and just a powerhouse.”