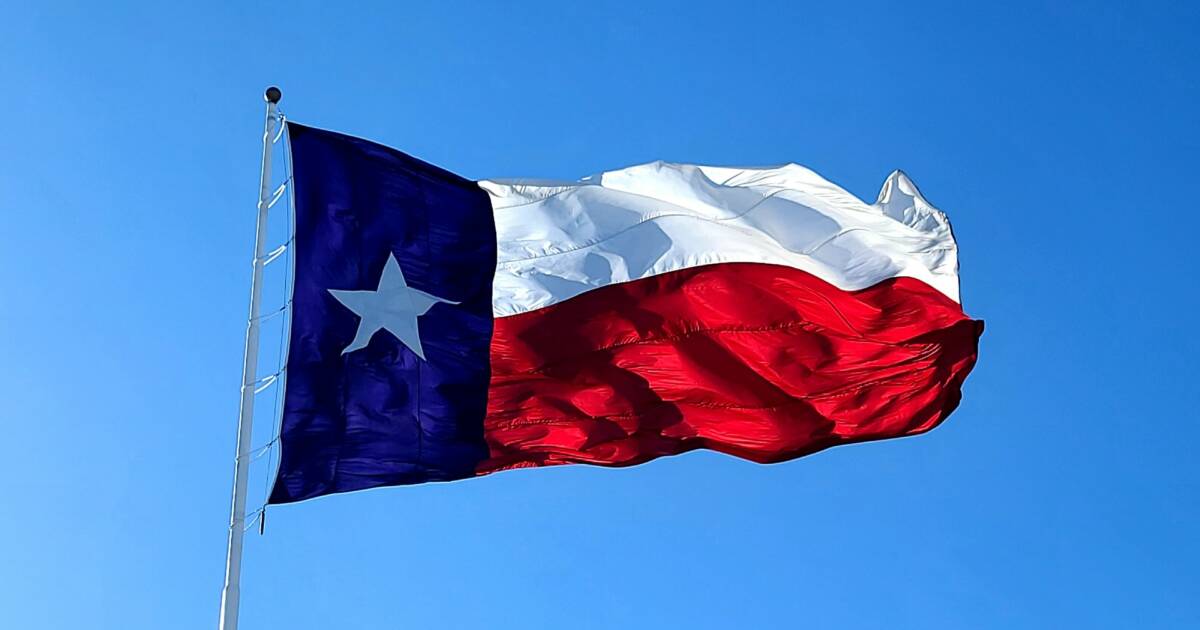 There seem to be lots of bad ideas coming out of Texas these days. There is the a new law that pioneers the use of lawsuits to ban abortion. There is Greg Abbott’s attempt to ban companies from requiring vaccines. Earlier this year, Texas passed a controversial overhaul of its voter laws. If we go back to last year, there is even an attempt by Texas to throw out election results in Georgia, Pennsylvania, Michigan, and Wisconsin.

Some of the motives behind these moves are good. For example, banning abortion is not a bad idea but putting enforcement into the hands of anyone in the country by allowing them to sue sets a dangerous precedent. The ban on vaccine mandates not only undercuts public health and safety but is also a Big Government attack on the ability of private companies to make their own standards. Some of the voting changes are good and some are understandable, but others are a transparent attempt to make voting more difficult. And there is really no excuse for the attempt to disenfranchise states who didn’t support Texas’s preferred candidate. The Texas lawsuit was summarily dismissed by the Supreme Court and similar lawsuits have been laughed out of courts around the country. At this point, the stolen election narrative has been thoroughly debunked.

But none of that is what I’m writing about today. This time my topic is the anti-CRT bill that may have accidentally required schools in Texas to bring Nazi propaganda into the classroom.

Late last week, the story broke that Southlake, Texas teachers were told that in order to abide by the new law, if they had a book on the Holocaust in their classroom that they also had to have a book with the “opposing” perspective. The NBC News piece was written around teacher training that was secretly recorded by a staff member.

Gina Peddy, the Carroll Independent School District’s executive director of curriculum and instruction told teachers, “Just try to remember the concepts of [House Bill] 3979 and make sure that if you have a book on the Holocaust that you have one that has an opposing, that has other perspectives.”

“How do you oppose the Holocaust?” a teacher asked.

Peddy apparently did not directly answer the question and did not respond to requests for comment from NBC, but the Karen Fitzgerald, a spokesman for Carroll ISD, did issue a statement that said, “Our district recognizes that all Texas teachers are in a precarious position with the latest legal requirements.”

The superintendent of the suburban Dallas district apologized in a statement, saying, “As the superintendent of schools, I express my sincere apology regarding the online article and news story released today. During the conversations with teachers during last week’s meeting, the comments made were in no way to convey that the Holocaust was anything less than a terrible event in history. As we continue to work through implementation of [House Bill] 3979, we also understand this bill does not require an opposing viewpoint on historical facts. As a district, we will work to add clarity to our expectations for teachers and once again apologize for any hurt or confusion this has caused.”

The bill in question, HB 3979, was passed over the summer and became effective on September 1. The text of the bill is a quick read and mostly consists of topics that are to be mandatory in Texas schools. These include the writings of Frederick Douglass, the Chicano movement, the Civil Rights movement, and “the history of white supremacy, including but not limited to the institution of slavery, the eugenics movement, and the Ku Klux Klan, and the ways in which it is morally wrong.” From the text of the bill, it is apparent that the Texas legislature does not want to be seen as racist or white supremacist.

Most of the controversy comes from the second part of the bill, part of which bans students from being required to participate in political activism or even being given extra credit for political activities.

It is this second part of the law that also says:

For any social studies course in the required curriculum:

(1)  a teacher may not be compelled to discuss a particular current event or widely debated and currently controversial issue of public policy or social affairs;

(2)  a teacher who chooses to discuss a topic described by Subdivision (1) shall, to the best of the teacher’s ability, strive to explore the topic from diverse and contending perspectives without giving deference to any one perspective;

Based on the text of the law, Texas does not specifically require that the Holocaust or even World War II be taught at all, although these topics may be required elsewhere in the Texas curriculum. The Holocaust is not a “current event,” but it could be considered a “widely debated and controversial issue of… social affairs.”

Why? Because there are Holocaust deniers and those who would equate the Holocaust with getting vaccinated or wearing a mask (to name a completely random example). That sentence might make you think of Marjorie Taylor Greene (Q- Ga.), but it is a very Texas reference. Back in July, a federal judge ruled against Houston hospital employees attacking their employer’s vaccine mandate. The hospital workers likened the mandate to the Holocaust and said that it violated the Nuremberg Code.

Do all the comparisons of the pandemic mitigations to the Holocaust mean that that the topic would fall under the Texas law? Perhaps. That would be for a court to decide.

It seems obvious that the law was intended as a response to the bogeyman of critical race theory, which I cannot confirm is being taught in any K-12 school anywhere in the United States. If CRT is being taught, it is not widespread and certainly does not merit the priority that it has been given (in a pandemic no less).

Instead, as Jonathan Chism, assistant professor of history at the University of Houston–Downtown, told NBC News, “Any anti-racist effort is being labeled as critical race theory.”

There seems to be some truth to that. For example. a Houston school district recently removed a Newbery award-winning book about a black middle schooler who attends a predominantly white school after parents circulated a petition claiming that the book taught CRT. After a review and a counter-petition, the Katy ISD reinstated the book.

Under the letter of the new law, teachers cannot be forced to talk about controversial topics like race, but if they choose to teach these topics they are required to have “diverse and contending perspectives without giving deference to any one perspective.” A plain reading of the law would understand this to mean that a discussion on race relations would have to include white supremacist and segregationist perspectives and that these “contending” viewpoints would have to be given equal weight. I doubt that was the intent of the law, but it is what the law says.

The Holocaust is probably not the best example of why the Texas law is bad, but it is the example that we have. Let’s think about some other subjects that might fall under the “current event or widely debated and currently controversial issue of public policy or social affairs” label:

Granted, the law does give teachers the option of not covering controversial topics, but is that really what we want? We live in a nation where it is offensive for either side to be subjected to differing opinions and that is not good for the country. We need to expose students to controversial ideas and I trust schools to do a better job of that than cable news or (Heaven forbid) the internet.

Ultimately, the worst aspect of the law may be a chilling of free speech and ideas. Teachers and school districts may be so averse to the possibility of lawsuits and angering parents that they settle into a policy of avoidance and simply steer clear of controversy. I would wager that it is the true purpose of the law. I’ll leave it up to you to decide whether the Texas law was well-intentioned or not, but in my view, it was intended to pander to the Republican base by attacking a non-existent problem.

There is less room to debate on the effect of the law. Even though the law is new, it is already becoming an example of the Law of Unintended Consequences in which government regulatory tinkering often leads to worse problems than the one that they originally passed a law to solve.

The Texas law should be an example of why laws should not be broadly written and hastily passed. This is especially true when the law is written to solve a problem that might well not exist in the first place.