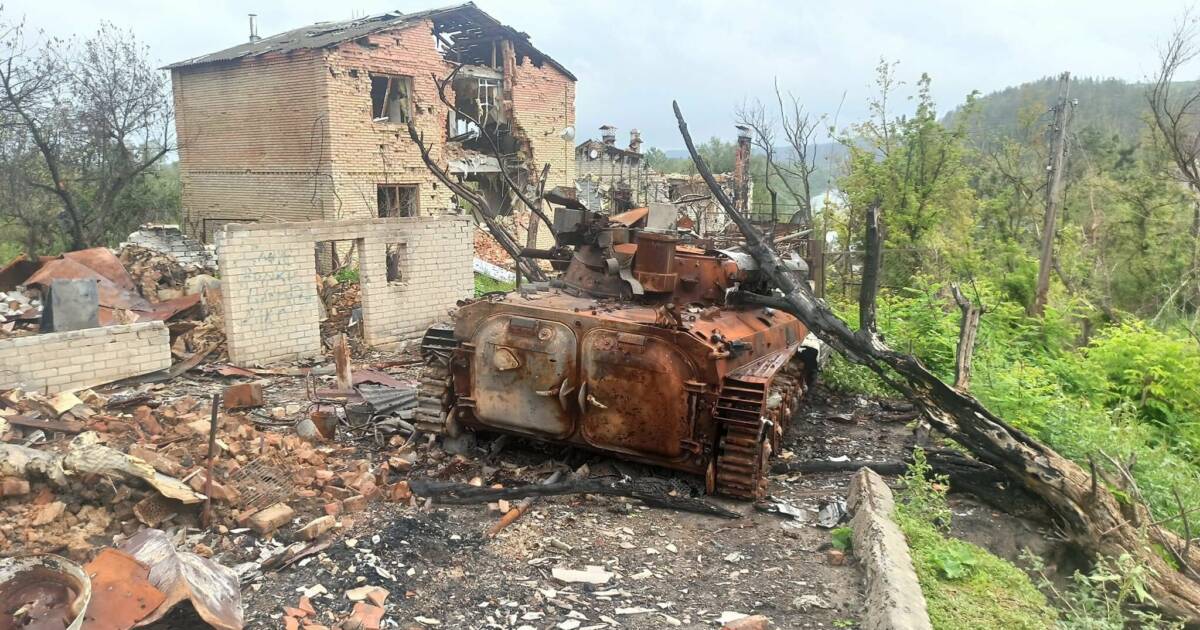 After about seven months of war in Ukraine, we’ve seen several different stages of the conflict. First, there was the Russian blitzkrieg, which ended relatively quickly. Then there was the months-long quagmire. Initially, the Ukrainians slowed the Russian advance and denied them total victory and then the war settled into a stalemate characterized by artillery duels. Now we are entering a new phase of the war: the Ukrainian counteroffensive.

The Ukrainian offensive kicked off to little fanfare on August 29. There were early reports of gains, but operational security meant that few details emerged. Now, weeks later, that is changing as news of a Russian rout in northeastern Ukraine near Kharkiv is splashed across the internet.

President Zelensky has claimed that Ukraine has liberated about 2,000 square kilometers of its territory from the Russians since the battle began. While that is impressive and represents good news, it is only the beginning. At the high water mark of its occupation, Russia controlled about 20 percent of the country, about 125,000 square kilometers.

The graphic below puts the recent Ukrainian gains in perspective. The pale yellow area on the eastern frontier is the recently liberated territory.

Nevertheless, it is a start and it represents an important shift in the war. Russia is now on the defensive and Ukraine is taking the war to the invaders. As they do so, Russian forces are being placed in vulnerable positions with supply lines threatened. This requires Russian troops to be pulled back further to the point where Ukraine has reportedly recaptured almost all of Kharkiv oblast. (The city of Kharkiv itself was under siege by Russia for two months last spring but never fell.)

Additional Ukrainian attacks in the southeast near Kherson have also added pressure on the Russian defenders. Reinforcements and supplies sent to Kherson are men and equipment that can’t be sent to Kharkiv. The Ukrainians have also had limited success in recapturing territory in the south as well.

Boot also credits President Zelensky’s ability to rally and unify his people against the invading “Orcs” as well as Ukraine’s ingenuity and spirit. The Ukrainian military has retooled to use numerous Western weapons while retaining the ability to commandeer captured Russian gear. And there has been a lot of captured Russian gear. While Russia burns through its supply of tanks, Ukraine actually has more tanks now than when the war began.

Finally, Boot cites Russian incompetence and bad intelligence. It also helps that the Ukrainian military empowers decision-making at low levels while the Russian forces are stuck in a top-down model.

Ukrainian forces continue to race toward the Russian border, but the war is a long way from being finished. The current offensive won’t end the war and there are questions about where the course of events will lead from here. It is increasingly difficult to see a path to victory for Russia, but Vladimir Putin has shown no signs of giving up.

There are several different ways that the war can play out. One is that the situation returns to a stalemate. Ukrainian forces get bogged down as Russians finally build a defensive line that is too costly to penetrate. This would probably result in a long-term low-intensity conflict that would last years, just as the war went on for years before last February’s invasion.

Another possibility is that some other country enters the war on Russia’s side to help replace their losses in men and material. It’s difficult to imagine any country that would be willing to incur Ukrainian and world wrath at this point. Assistance to Russia will probably only be in the form of mercenaries and equipment from countries such as North Korea, Iran, and Belorus.

The third possibility is that Ukraine will push the Russians back to their own border. This could take years, but with large portions of the Russian army seemingly on the verge of collapse, it might happen a lot quicker than we think.

The problem is that Vladimir Putin cannot allow such a humiliation. Putin is already threatening to shut off the flow of oil to Europe through the Nord Stream pipeline. As winter comes, this would bring the prospect of not only an economic collapse but a humanitarian crisis that would leave millions without heat.

In addition to shutting off the oil spigot, what else might Putin be willing to do? We might be coming back around to the nuclear doomsday scenarios that permeated the internet when the war first started going bad for Russia. As both Steve Berman and I fretted back in March, if Putin feels that he’s about to go down, he may take the rest of the world with him.

The best solution still seems to be to hope for a coup by high-ranking Russian officers or oligarchs. Maybe at some point, they will tire of seeing young Russian men die needlessly in a war that never should have started.

As Winston Churchill said in a previous war, “Now this is not the end. It is not even the beginning of the end. But it is, perhaps, the end of the beginning.”

That statement has to go on record as one of the most poorly-timed and off-mark statements in recent history. Many of the other contenders for that dubious honor come from Tucker as well.

This is a reminder that all the people who argued that we should not provide weapons for Ukraine because it would just prolong the inevitable Russian victory and cost Ukaininan lives needlessly were completely and totally wrong. Many were pro-Putin shills as well. I put Tucker in this category.