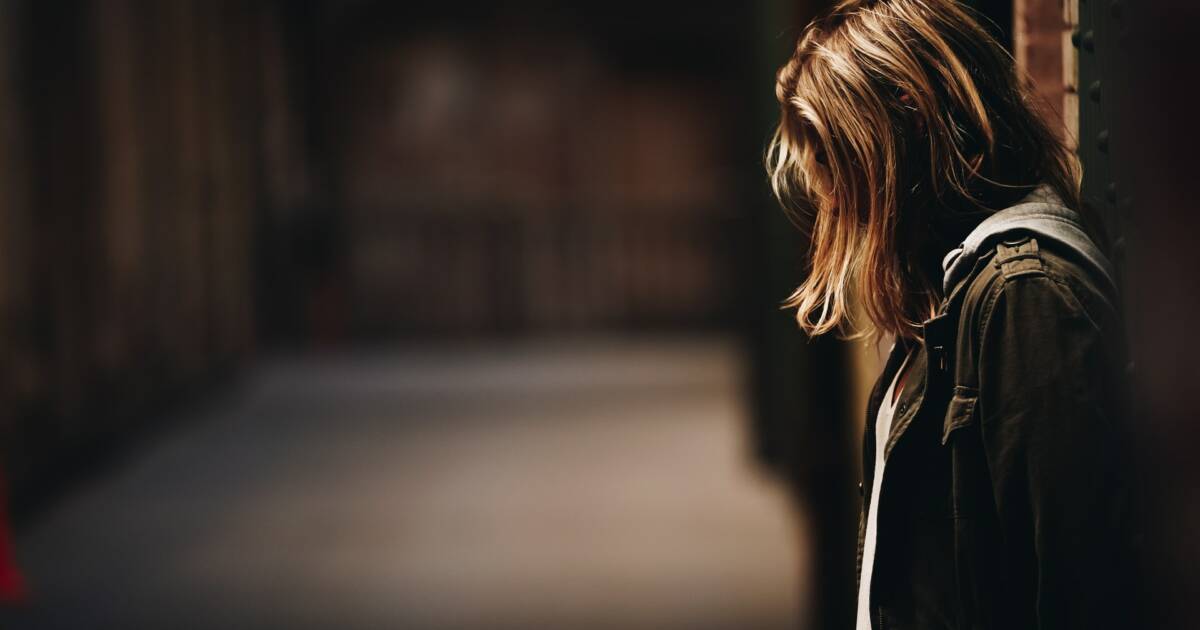 One of the more explosive stories these days is the saga of the alleged sexual assault in a high school in Loudon County, Virginia. The basic facts of the case are that a 15-year-old boy is reported to have assaulted a ninth-grade girl in the bathroom of the high school. From there, the waters get muddy.

When the story originally broke in mid-October, it began with a Daily Wire report that contained a number of explosive allegations. The original story reported that the rape was committed by a boy wearing a skirt and that the school tried to cover up the attack. The victim’s father was arrested at a school board meeting back in June in which the superintendent was defending the school district’s transgender bathroom policy.

Superintendent Scott Ziegler told the crowd, “To my knowledge, we don’t have any records of assaults occurring in our restrooms.”

The victim’s father, Scott Smith, challenged the superintendent and things got heated. Ultimately, Smith was forcibly removed and arrested. A video of the incident went viral.

The circumstances of the attack are both tragic and appalling, but not all of the allegations are supported by evidence. NBC Washington does confirm that the boy’s family has said that he identifies as gender fluid and was wearing a skirt the day of the attack. It is also true that Virginia law requires that the superintendent be notified of sexual assaults within the school system.

An additional truth is that the accused rapist was transferred to another school while the case was pending. He is accused of sexually assaulting a different student while at that school. At the time, the boy was being monitored electrically as he waited for his trial. Investigators were also waiting for DNA evidence from the rape kit.

In other words, it’s true that there was an assault by a skirt-wearing, transgender boy and that Loudon County school officials handled the problem abysmally. As the parent of 13-year-old girl, it’s tough to blame Scott Smith for losing his cool. I don’t know what I would do in a similar situation.

On the other hand, there are reports that the school tried to cover up the incident and did not report the attack to police. Virginia’s WTOP reports that this is not true. An email from Ziegler to school board members has emerged since the story broke. That email, dated May 28, shows both that Ziegler was aware of the sexual assault, although it does not contain the details about the sexual preferences of the attacker, and it also notes that the Loudon County Sheriff’s Office was investigating.

The email also notes that the girl’s parent came to the school and “caused a disruption using threatening and profane language.” The short message notes that additional law enforcement units responded to the school to assist with the parent.”

What is not clear is why Superintendent Ziegler denied that there were any sexual assaults related to the school’s bathroom policy. He did offer an explanation in a statement, saying, “I wrongly interpreted as incidents involving transgender and gender-fluid students. I did this because I was viewing the question in light of the general questions and debate around policy 8040 [the transgender bathroom policy] that was occurring at the time.”

That isn’t a clear answer at all.

The superintendant said that the attack was not made public during the investigation to protect the identities of both the alleged rapist and the victim since both are minors. Ziegler also said that the school followed federal Title IX procedures but that those guidelines were inadequate.

As WTOP describes, the attack was not random. The two teens had been texting using the Discord app for several weeks. Some of these conversations were “sexually charged.” The pair had reportedly met in bathrooms at the school twice to “hook up” and have sex.

Per the report, on May 28, the boy texted the girl, who was 14 at the time of the attack, and asked her to meet him in the bathroom again. She agreed to meet him but did not consent to sex on that occasion. The boy forced himself on her anyway. After the attack, the girl reported the incident to school officials and was interviewed by sheriff’s office investigators. She did not initially disclose the previous encounters.

Even though the girl was 14 at the time of the encounters and the age of consent in Virginia is 18, the state also has a “Romeo and Juliet” law with exceptions for sex between teenagers. However, this law only applies to 15- to 17-year-olds. Even though the boy was 15 during their consensual encounters, Virginia law does not allow a 14-year-old to consent to sex. Consensual sex between a 14 and 15-year-old would be a Class 4 misdemeanor, but rape is a felony.

The situation is a complex one. The school definitely handled the situation poorly, but at the same time, a lot of the hysteria seems unfounded. While the pair’s previous sexual encounters do not excuse the attack, they do show that the incident does not fit the mold of a random attack by a transgender predator. At least not in the first attack. Few details are available on the second.

Second, the transgender bathroom policy 8040 was not in force when the attack occurred. The rape occurred on May 28 and the school board did not approve the new policy until August. It’s difficult to blame a policy that did not yet exist for the assault.

Third, while the outrage about sending the boy to another school is understandable, we should remember that he had not been convicted of a crime at that point. It was only a few short years ago that many of the people now saying that the boy should have been locked up immediately were saying that women should not be automatically believed in cases that ranged from Brett Kavanaugh to Roy Moore to Donald Trump.

I agree with those previous statements. No one should be believed automatically. The only way to handle these cases justly is to look at the evidence. Even accused rapists are entitled to due process because not all women tell the truth. (Although way too many women have experienced rape and many of them suffer silently without ever making a public accusation.) If an accused rapist is deemed dangerous, he should be locked up until he can be tried. Loudon County dropped the ball on that score, but as they say, hindsight is 20/20.

Should Loudon County have known that the boy was dangerous? Even consensual sex would have been criminal, and the school did not know about the consensual encounters at that point. We also don’t know whether the boy had a history of problems or whether this was his first time in trouble. Regardless, with an accusation as serious as a rape on school property during school hours, it seems that more precautions should have been taken.

I take rape and sexual assault very seriously. My long-time readers may remember that my wife is a rape survivor (as she discussed in 2018) who knows all too well that school districts can try to sweep such embarrassing incidents under the rug. Over the years, I’ve been surprised and dismayed to hear a great many women listen to her story and then relate the experience of their own attacks. Sexual assault is a lot more common than most of us care to realize.

Sexual assault cases should not be political, however. Many people on the right are concerned about the Loudon County case because it fits their culture war agenda. When the chips are down, both parties make excuses for members of their tribe who behave badly. After all, isn’t the Supreme Court or a Senate seat or the White House more important than an individual who is probably lying anyway since they are attacking someone I like?

In fact, Loudon County isn’t the only school sex scandal going on right now. ProPublica recently released a report on how Liberty University allegedly exhibited a pattern of covering up rapes of its students. In many cases, students say that when they reported attacks to faculty, the school did not act on the allegations and administrators would even accuse the women of violating the Liberty Way, the school’s code of conduct which bans drinking, being alone with members of the opposite sex, and premarital sex. Scott Lamb, a former official at the university, filed suit this week claiming that he was fired for raising concerns about how the school handled sexual assaults.

Should these allegations be dismissed because Liberty University is a respected Christian and conservative institution? The answer should be a resounding “no” from all sides of the political spectrum.

The point here is not to engage in whataboutism. The evidence is that Loudon County handled the sexual assault poorly, even if all the details were not accurately reported.

But we shouldn’t limit our outrage to our political enemies. We should follow the evidence and objectively go where it leads. Just because a person holds a position of power, sexual assaults should not be overlooked and excused. The attitude that the end justifies the means has led both parties into a race to the bottom in which they find themselves defending sexual predators.

Superintendent Ziegler has apologized for the incident and one school board member has resigned. For what it’s worth, Ziegler has also announced several reforms aimed at preventing a similar occurrence. These include instituting new measures to isolate accused rapists from the rest of the student body. Parents are calling for Ziegler’s removal, but unless there are additional revelations, I think he should face the voters to determine his fate.

Scott Smith, the victim’s father seems to have acted poorly as well, even if he acted understandably. His alleged behavior on the day of the attack did not help matters. His outburst at the meeting several weeks later is can be understood in light of Ziegler’s denial. Smith was found guilty in the school board scuffle and given a suspended sentence of 10 days in jail. He is also suing the school system.

Sexual assaults have been with us since the days of Genesis. In our fallen world, they won’t be going away, but that doesn’t mean we should tolerate them. And that’s especially true within Christian organizations.

NOTE: I’ve referenced Brett Kavanaugh and the Supreme Court in this piece. While Kavanaugh was accused, I don’t believe the evidence supports his accuser. I’m not saying this because he’s conservative justice, however. I’m saying it because the accusation was very thin and not supported by facts. Granted, this may be because it is difficult to find evidence in a decades-old case.

If you or someone you know is the victim of a rape or sexual assault, my advice would be not to keep it a secret. Talk to your parents, friends, the school, and/or law enforcement. Save any evidence that you have. Leave a paper trail.