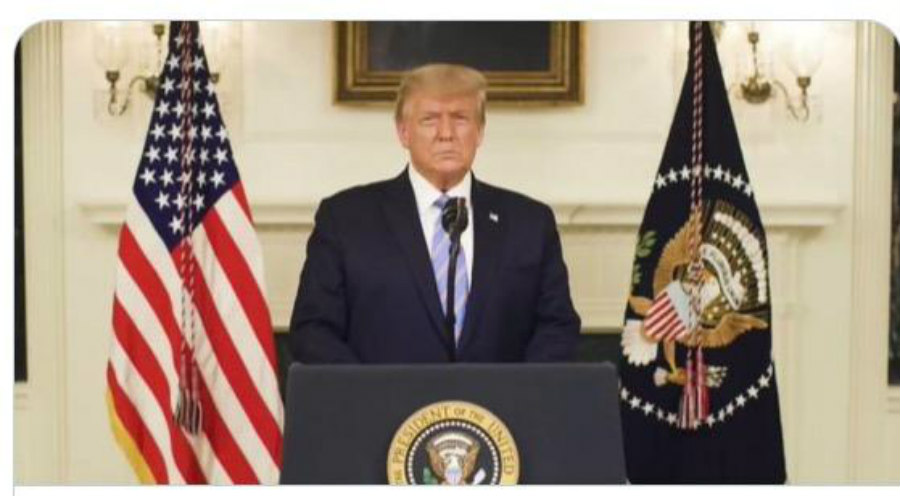 Today is Donald Trump’s last full day as President of the United States. Although I’m of the opinion that we can’t appreciate the full impact of a presidency until we look back years later, it is an appropriate time to take an objective look back at the past four years of the Trump Administration on this momentous day in an already turbulent year.

As everyone knows, I’m a Trump critic, but I’ve tried to look at the president with a balanced perspective. I’ve never been a Trump supporter, but I have supported his policies when they were good for the country. Even the worst presidents have had some good ideas. As they say, a stopped clock is still right twice a day.

On the positive side of the ledger, the obvious wins of the Trump era include tax reform, judges, deregulation, and pro-life rules. There was also the movement of the US embassy in Israel to Jerusalem and the negotiation of new peace treaties in the Middle East. Many of these accomplishments come with caveats, however.

For instance, much of what Trump accomplished was through Executive Orders. In four years, the president did not sign a single major piece of pro-life legislation. That means that his moves to restrict abortion can be easily reversed by a future president. The same is true for deregulation. What one president changes in bureaucratic rulemaking, another can change back. Trump’s inability to work with Congress to build the bipartisan coalitions needed to pass legislation was a major weakness.

Similarly, President Trump was given credit for a strong economy, but much of that credit is misplaced. If we look at the big picture, the Trump economy, at least until the pandemic, was a continuation of the recovery that started in 2009. Business Insider provides a handy source for comparing economic indicators during the Trump Administration to previous presidents. Looking back, the increases in job growth, wages, and the stock market of Trump’s first three years were actually part of a trend that began during the Obama Administration. GDP growth during the Trump Administration was not exceptional and was in line with both Obama and George W. Bush.

The 2017 tax reform did help to stimulate the economy, but there was a hefty price tag in terms of increasing the deficit. Back in 2019, when I was writing for Resurgent, I wrote that the Trump Administration had increased the deficit on both sides of the equation. Even before the pandemic, President Trump had submitted a record-high federal budget request of $4.7 trillion. At the same time, tax revenues were also at a record high but were lower than they would have been without tax reform. Tax revenues did not decline after tax reform, but they did flatten. The result was that spending and deficits increased in Trump’s first three years and then exploded after the pandemic hit in 2020.

The flip side is that Trump’s trade wars slowed important portions of the economy. The Trump tariffs amounted to a huge tax increase that offset much of the benefit of tax reform. American farms required massive subsidies after the trade wars cost farmers their export markets, damage which may outlast Trump’s tenure in office, and American manufacturing spent much of 2019 in a recession. The economy as a whole was entering a recession in February 2020 just as the pandemic hit.

The Trump Administration’s peace deals were unequivocally good, but their importance may be overstated. While any peace deal in the Middle East is a good thing, Trump’s agreements were between nations that had never been at war. Further, it may be that the deals were less an embrace of Israel by Arab and Muslim nations than a response to growing Iranian influence in the region. Even moderate Arab countries fear a powerful Iran.

That brings us to Trump’s handling of the budding nuclear powers. In 2017, Trump decided to withdraw from President Obama’s executive deal with Iran. This is one of those decisions that will have to be judged by future historians. Obama’s deal was flawed, but Iran seemed to be abiding by its terms. In January 2020, Iran announced that it would no longer follow the terms of the agreement and by early 2021 the breaches had accelerated. The issue of Iranian nuclear ambitions is far from resolved and may yet lead to war.

Speaking of unresolved issues, North Korea is once again threatening to bring its “arch-enemy,” the US, “to its knees” with an expanded nuclear arsenal. It was hoped that Trump’s charm offensive would lead to a détente with North Korea, but it now seems that the halt in the North’s nuclear testing may have been due to the accidental destruction of their nuclear test site rather than a desire for peace.

“We squandered the best opportunity we had on North Korea,” Rex Tillerson, Trump’s first Secretary of State, said recently, adding, “We’re in a worse place today than we were before he came in, and I didn’t think that was possible.”

With all that being said, there are two glaring negatives for President Trump’s legacy. The first is his two impeachments. Whatever you think of the impeachments, and I thought both were justified, the fact is that Donald Trump has secured his place in history as the answer to the trivia question, “Who is the only president to be impeached twice?”

The second is his response to the Coronavirus pandemic. History will show that Donald Trump was the wrong man at the wrong time for this emergency.

A full discussion of Trump’s mishandling of the pandemic is too large for this article. Entire books can and will be written on his flawed approach to the crisis, but there are several aspects that seem to stand out. Among these are the initial White House plan for “15 days to slow the spread” that proved woefully inadequate but that fueled resentment against continued mitigations, pushing the country back to normal far too early, undermining and attacking White House medical experts, refusing to set a good example by wearing a mask, holding superpreader events, touting unproven and disproven treatments, and, yes, the infamous suggestion for using disinfectants for “injection inside” the body. On balance, Trump probably put out as much disinformation about the virus as he did accurate information. The US death toll would have been horrific no matter who was president, but Trump’s poor leadership and denial of the pandemic’s danger definitely led to unnecessary loss of life.

Now, as Trump prepares to leave office, a final failure is becoming known. In June, the government announced plans to stockpile doses of COVID vaccines even before they were certified. It seems that was never done. In December, we learned that the government had passed up the chance to lock in additional shipments of the Pfizer vaccine. Now, a few days ago, Health and Human Services Secretary Alex Azar said that the national vaccine stockpile does not exist. The Trump Administration has also come in for criticism for its vaccination distribution plan.

Finally, the most damaging aspect of Trump’s presidential legacy may be one that is not readily apparent. We have become inured to the president’s attacks on government customs and norms. Trump was a one-man wrecking ball who destroyed many of the checks and balances on executive power. Among his abuses were using national emergency declarations bypass Congress, firing inspectors general who tried to hold him accountable, urging his party’s congressmen to overturn the election, and provoking a partisan mob to attack Congress itself. These abuses are dangerous and many of them are unprecedented. Even though many of them ultimately failed, a future despotic president could learn from Trump’s example just as Trump learned some of his tricks from Barack Obama.

My fear is that this ugly side of Trump’s legacy will be the most enduring part of his administration. This is especially likely if he faces no consequences for his abuses of power. And so far, there has been little in the way of punishment for his excesses. Republican partisans have criticized him but failed to vote to rein him when the chips were down. In the past, that was because Republicans feared political retribution by Trump’s base. Now, the situation has escalated and it seems that their fears are of a more physical nature, namely violence against themselves and their families.

Donald Trump is leaving a dangerous legacy, but in a few weeks, Senate Republicans will have a chance to redeem themselves for enabling the president’s worst instincts for the past four years. Voting to disqualify Trump from ever holding federal office again is small punishment for a man who will be 78 years-old in 2024, but I believe it will send an appropriate message to future Americans and presidents that character does matter. Even when the president is a Republican.