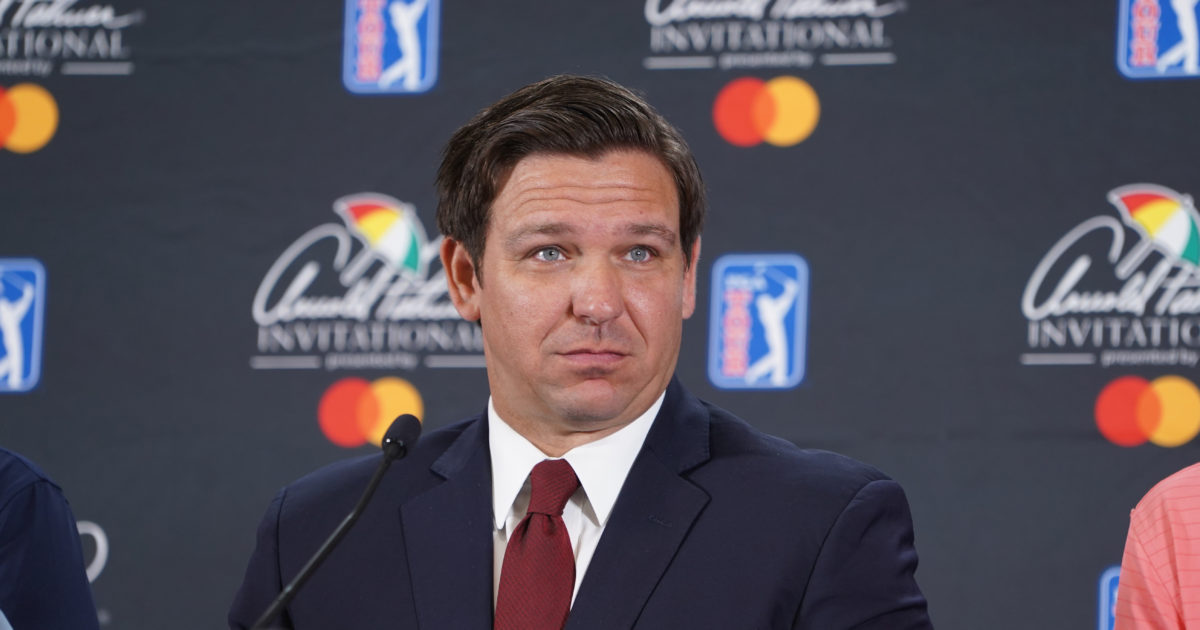 Ron DeSantis. The Florida Governor’s name elicits a reaction from anyone who pays even marginal attention to American politics. Since his election in 2018, DeSantis’s tenure as Governor of one of America’s largest states has been a wild ride. As a popular Republican Governor who won a hotly contested election, DeSantis was no media darling before March of last year when he, along with every other Governor, had to begin making COVID-related decisions. Since last March, the media has tried dutifully to convince the American people Ron DeSantis is evil incarnate, a madman making foolish, science-denying decisions that kill Floridians.

Time has been good to DeSantis. Many of the decisions he made, decisions for which he took a tremendous beating from the national media, have been validated. Much ado was made over his decisions regarding Florida’s beaches. What we now know, and what Florida’s COVID numbers reveal, is that the beach is not likely to be a place you pick up COVID. DeSantis is one of only a few in government who has, from the beginning, refused to panic as he carefully weighs the myriad of factors that should be considered when decisions about COVID are made.

DeSantis has led Florida well during a year of unprecedented challenges. A recent poll suggests his constituents know this, and they are grateful for his leadership at a time when so many others have failed miserably. The nation is belatedly discovering what the people of Florida know and what the media tried mightily to hide: DeSantis, not the now-embattled Governor Cuomo, has done perhaps the best job of any Governor when it comes to meeting the needs and respecting the rights of his people during the pandemic.

Start your day with thoughtful analysis on the stories that everyone will be talking about, as well as the ones the media are ignoring. Sign-up for our Up First daily newsletter and take back your inbox!

The media, undeterred in their quest to vilify DeSantis, recently sought another angle of attack. NBC News recently ran a piece focusing on the vaccine rollout in Florida. The opening paragraph is a laughable minefield of absurdity:

Florida’s governor was slow to respond to the pandemic and his Covid-19 vaccine distribution plan has been marked by chaos, but critics say he’s been quick to recognize the political gold in those precious doses.

“Slow to respond,” roughly translates to, “reluctant to tank his state’s economy and strip Floridians of their liberties.” The critique of his vaccine rollout is particularly revealing. DeSantis is accused of recognizing, “. . . the political gold in those precious doses.”

What a dystopian phrase, the political gold in those precious doses. DeSantis’s critics are accusing the Governor of prioritizing the vaccination of people who can reward him politically, presumably with a vote when he runs for reelection and perhaps with another vote in 2024 if he seeks the GOP nomination as some speculate he will.

When Holocaust survivors and Cuban survivors of the Bay of Pigs debacle — revered members of two other key Florida voting blocs — got their first shots, DeSantis made sure he was there for the news conferences.

The accusations thrown at DeSantis regarding his vaccine rollout reveal more about his critics and their twisted thought processes than anyone else. They are accusing DeSantis of attempting to prolong the lives of people for a reason other than the obvious intrinsic benefit of . . . prolonging their lives. Imagine surviving the Holocaust and a global pandemic and then watching as the media suggests your Governor is only prioritizing your vaccination so he can stage a photo op and keep you alive long enough to vote for him when he runs for reelection.

Perhaps it is this simple: Holocaust survivors are old. Anyone who survived the Bay of Pigs is old. COVID, we now know, is far more deadly among older populations. Consider for a moment that pro-life Ron DeSantis is actually pro-life, meaning he values life, all life, no matter how young or old or politically useful to him, and this is what informs his vaccine rollout strategy.

Not every Governor ordered COVID-infected patients back to their nursing homes where they then infected others who died. Not every Governor has spent a year attempting to hide and lie about the data revealing his mistakes, spitting in the face of thousands who lost their mothers and fathers, their grandmothers and grandfathers, as he clings to power. DeSantis has done a good job during a hard, unprecedented year, and that would be true even if we didn’t have Andrew Cuomo for comparison, but my goodness, even if the media refuses to acknowledge it, the people of Florida have been paying attention this last year, and they know how fortunate they are. America has been paying attention as well.

They will keep coming for Ron DeSantis. He will remain on their radar, and all signs point to his readiness and willingness to absorb the hits and continue steadily leading the state of Florida. The First’s Jesse Kelly often refers to DeSantis as Heavy D; I suggest Steady D is also a fitting nickname for the unflappable man leading Florida.