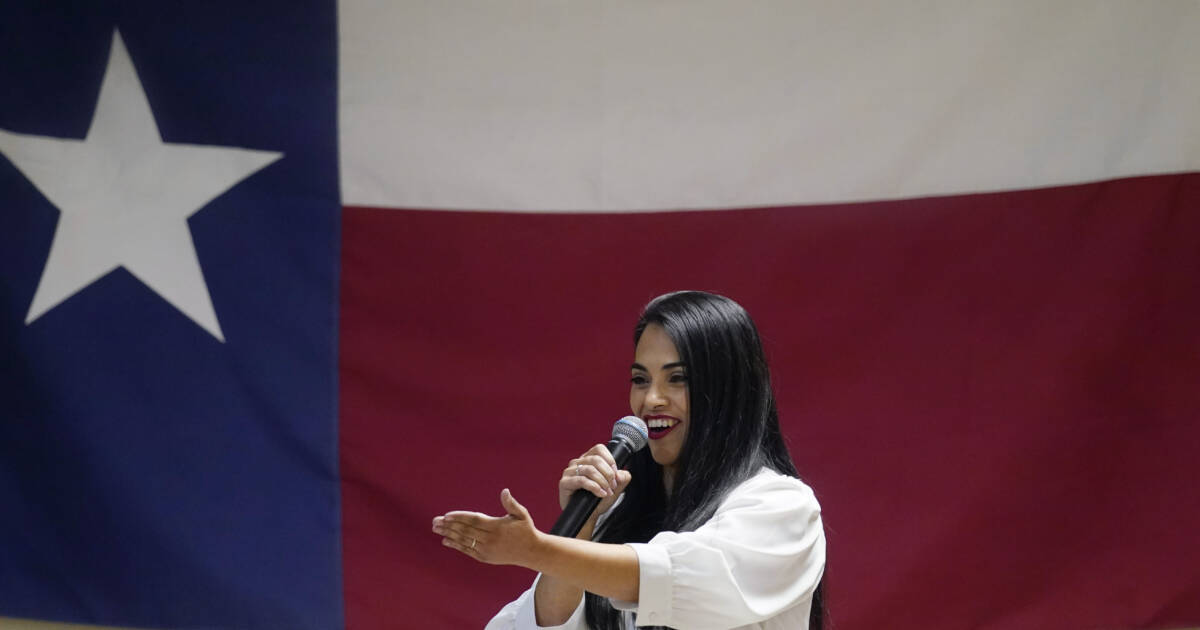 Speaker of the House Nancy Pelosi appeared to elbow the daughter of newly-elected Texas Rep. Mayra Flores during her swearing-in ceremony last week; video shows the Speaker “nudging” the congresswoman’s daughter out of the way during a photo op.

Actor James Woods shared the clip on Twitter, saying “I love this princess stood her ground, while Nancy showed her true colors.”

Flores responded to the viral clip, saying she was proud of how her daughter behaved, despite nasty Nancy’s actions.

“I am so proud of my strong, beautiful daughter for not allowing this to faze her. She continued to smile and pose for the picture like a Queen. No child should be pushed to the side for a photo op. PERIOD!!”

“When Flores won her special election, she became the first Mexican-born American woman to serve in Congress — and because she was only elected to fill the last few months of Vela’s current term, she will have to remain on campaign footing and defend her recently-won seat in November’s midterm elections,” The Daily Wire reports.