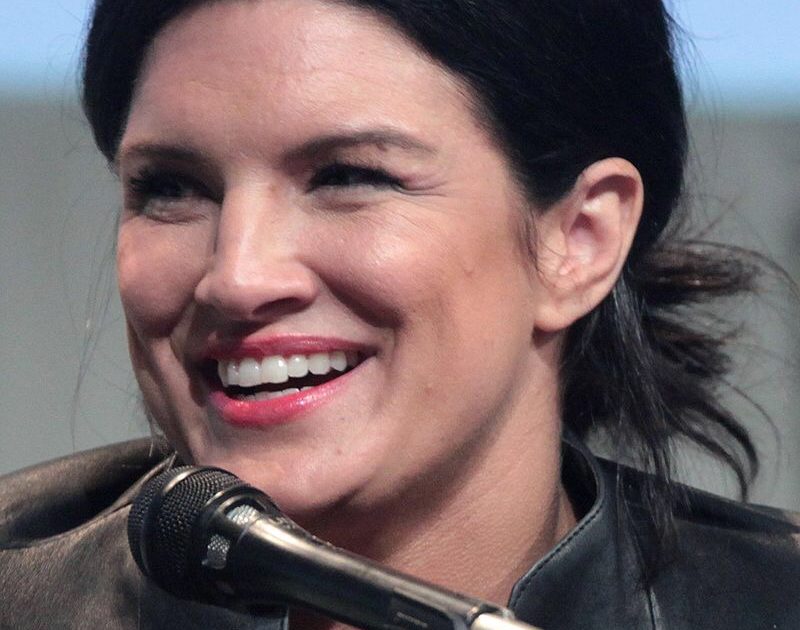 Aside from the impeachment hearings, the big news this week has been Lucasfilm’s dismissal of Gina Carano. I didn’t recognize Carano by name but, as “Mandalorian” fans, my kids and I know her work.

Per the Hollywood Reporter, Carano, who played Cara Dune on the Disney+ show, was fired for a TikTok post that compared being Republican in modern America to being a Jew in Nazi Germany. Carano’s case has Republicans up in arms (this time only figuratively) and has led to calls for the cancellation of what many are decrying as an example of “cancel culture.”

Per the Deadline, Carano’s post read, “Jews were beaten in the streets, not by Nazi soldiers but by their neighbors…even by children. Because history is edited, most people today don’t realize that to get to the point where Nazi soldiers could easily round up thousands of Jews, the government first made their own neighbors hate them simply for being Jews. How is that any different from hating someone for their political views.”

Part of the Republican angst over Carano’s firing is due to claims that “Mandalorian” star Pedro Pascal also referenced the Holocaust in a social media post. Some, such as Erick Erickson, say that there is a double standard since Carano is pro-Trump while Pascal’s post was criticizing Trump’s immigration policies.

There seems to be more than meets the eye to Carano’s firing, however. For example, Pascal’s tweet was from 2018. This was only two years ago, but in many respects, it was a different age when it comes to social media standards. At that point, even Donald Trump was tweeting away with no consequences.

Even so, there is a legitimate difference between Pascal, who plays the central character in the series, and Carano, who plays a supporting character. As the star, Pascal would be much more difficult to replace, even if his offending tweet was not more socially acceptable than Carano’s conspiracy posts.

Another problem with the double-standard argument is that, so far at least, Carano’s defenders have only pointed out to one offending tweet from Pascal while Carano has a history of posting about fringe topics. The Reporter notes that over the past few months Carano has gotten into trouble several times for posting anti-mask and election fraud conspiracy theories. A pattern of troublesome posts compared to a single tweet also makes a big difference.

Carano’s firing didn’t come out of nowhere. Her previous controversial tweets have angered many “Mandalorian” fans and prompted calls for her removal, especially after the Capitol riots. There are also reports that Carano had not been signed for the third season of the “Mandalorian” anyway.

It makes me sad that conspiracy theories and Nazi virtue signaling now passes for conservative speech. I am old enough to remember when conservative topics included things like tax reform and free market solutions for healthcare rather than “masks cause bacterial pneumonia” (yes, someone really told me this on Twitter), “Democrats and celebrities are part of a satanic child-sex-trafficking ring,” and “vaccines are the Mark of the Beast.”

Further, the claim that being a Republican is like being a Jew in Nazi Germany is demonstrably and objectively false. The government, which contains many Republicans, is not teaching people to hate Republicans, but I will stipulate that both parties are doing their dead-level best to get people to hate the other, but the Nazi comparison is off base.

Carano seems to be mostly incorrect in claiming that the Nazi government grew its anti-Semitic hate from the ground up as well. In 1938, Kristallnacht, one of the first widespread Nazi pogroms, was more Astroturf than grassroots. The German government issued orders for State Police, SA, and Hitler Youth units to engage in the anti-Jewish riots while claiming that the violence was the spontaneous response to the assassination of a German diplomate two days earlier.

I’ve been a conservative since the Reagan years and have yet to be forced into a boxcar, a concentration camp, or a death march. The only emblem that could conceivably parallel the yellow Star of David emblem for German Jews is the red MAGA hat, something that Republicans wear voluntarily.

Even if we agree that Carano’s posts were stupid, you might argue that the First Amendment still gives her the right to make them. You would be at least partly correct.

The First Amendment protects Carano from government censorship, but Lucasfilm is a private company. As I’ve pointed out in the past, private companies have the right to set their own rules and standards as long as they don’t violate federal law, which establishes certain groups that are protected from discrimination. These include “race, color, religion, sex (including pregnancy, sexual orientation, or gender identity), national origin, age (40 or older), disability, and genetic information (including family medical history).”

You may notice that political beliefs and ideology are not protected from discrimination. This is as it should be. Most Republicans aren’t bothered by partisan bias in business when it’s Mike Lindell’s My Pillow or Goya foods. Companies who hold different viewpoints have the same rights.

As an implicit part of the First Amendment we have freedom of association. In many states, businesses also enjoy at-will employment laws. Taken together, these concepts mean that companies have the right to employ whoever they want and to fire whoever they want, for any reason or no reason, as long as it isn’t a reason that is prohibited by law or by contract.

The big picture here is that Carano and other employees have the right to speak, but freedom of speech is not the same as freedom from consequences for your speech. The two are often confused but are not the same thing. Carano exercised her right to free speech and then Lucasfilm exercised its right to freedom of association by choosing to terminate her employment.

Did Lucasfilm have a double standard? Did the company fire her because she was Republican? Maybe, but, as we’ve discussed, that is not illegal. An alternative explanation is that Carano was fired because she repeatedly made posts on fringe topics that reflected poorly on her employer.

Carano would not be the first person to lose her job because of ill-advised social media posts. Not by a long shot. If you open your preferred search engine and type “social media firings,” you’ll find a wealth of examples of people who were fired because of what they posted on social media. Some of these examples are amusing and some are merely cringe-worthy. Even Donald Trump might be considered to have lost his job at least partially due to his online behavior.

Additionally, think about the flip side. Pro-choice activists would have a right to work in right-to-life organizations, gun control activists couldn’t be fired from gun shops, and conservative media outlets would have to keep token liberals on staff. It’s much better to leave government out of private business arrangements.

There are several important lessons to learn from the Carano kerfuffle. First and most obvious is that few employees are expendable. Supporting actresses are on especially shaky ground, but even stars can be replaced under the right circumstances. Just ask Roseanne Barr, Charlie Sheen, and the original Darren from “Bewitched.”

Second, social media posts can be detrimental to your career. Many companies have social media policies that make it a firing offense to post hateful, abusive or even controversial messages on the internet. If you must engage in internet flame wars, you would be wise to make your social media accounts private or to post under an anonymous handle.

Conspiracy theories can also hurt your career. Fringe beliefs, especially if posted on social media or foisted on unwilling coworkers, can limit your advancement or trigger your career dissipation light. Most people don’t want to be around someone who is constantly jabbering about the latest tinfoil hat news flashes.

Finally, when it comes to Holocaust or Nazi comparisons, just say “no” unless you are talking about actual genocide or actual Nazis. While genocides are thankfully rare, there are sadly too many people in the news today who fit the “Nazi” label, often by their own description. Also sadly, most of these people from Milo Yiannopolous giving the Nazi salute while singing karaoke to Capitol insurrectionists “Baked Alaska” and Robert Packer, who was spotted on January 6 with a “Camp Auschwitz” shirt to the “Unite the Right” participants in Charlottesville, today’s Nazis seem to be on the right.

I’ll bet that Gina Carano lands on her feet, despite the loss of her agency representation. Thanks to her newfound victim status, she will be a cause célèbre on the right. This may open the door to other jobs, she might get a book deal, and she could even end up as a frequent guest on Fox News or OANN (assuming they survive their defamation suits). We may even see her at the next Republican convention.

What worries me more is the people who are more concerned about this alleged example of “cancel culture” than the very real insurrection that we experienced only a few weeks ago.