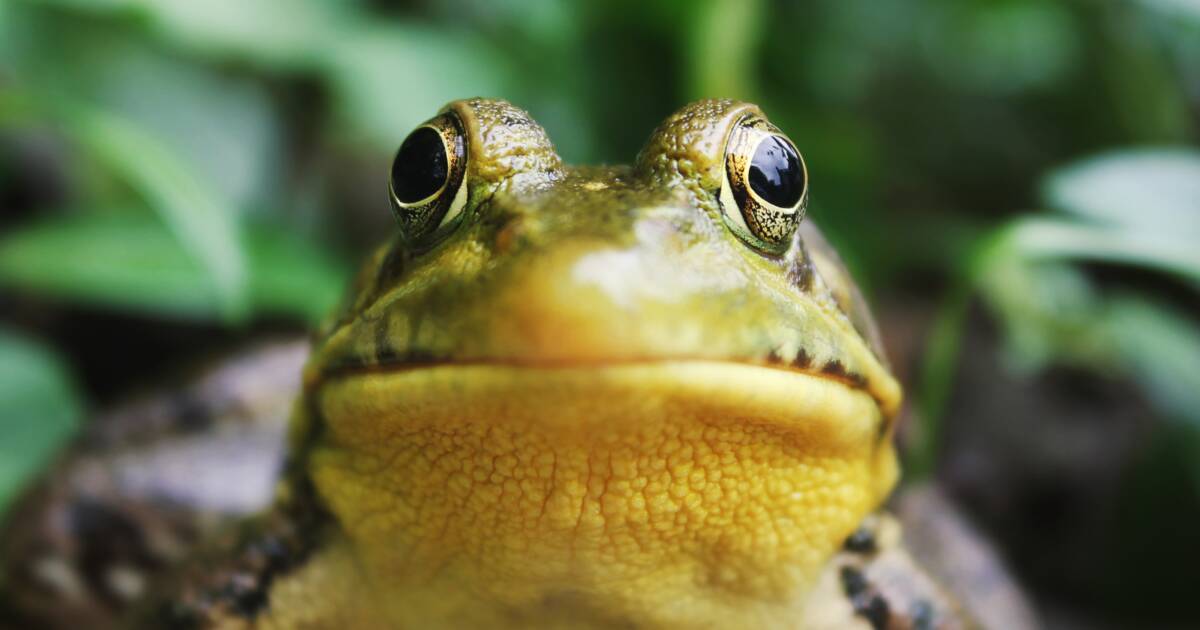 If you’ve ever played the game “would you rather?” you know where I’m going here, but I’m not going to ask if you’d rather kiss a frog or run barefoot over a football field filled with razor blades. I am going to ask a serious question, however: Would you rather be a tycoon in 1920 (like John D. Rockefeller, Henry Ford, or Andrew Mellon), or a blue-collar worker making $50,000/year today?

Certainly Rockefeller, Ford, and Mellon could afford whatever they wanted—that was available in 1920. That means they couldn’t buy a polio vaccine, or penicillin, or home computers, cell phone, jet airplanes, and a whole host of things that we take completely for granted today. No serious argument can be made that we don’t live better in every conceivable measurable way today than the richest people in the world did in 1920.

No reasonable person is out there claiming that women shouldn’t have the vote, or that we should bring back Prohibition and the Volstead Act. I imagine that if that movement emerged, someone would follow it today—it might even gather more followers than the admirable hoax “Birds Aren’t Real” run by twenty-somethings sick of the daily inoculations we receive against actual truth.

In fact, no serious argument can be made that, in terms of racial justice, quality of opportunity, and social acceptance of every kind of minority, that things aren’t better than they were in 1920. Or even, say, 1970. But the battles between reactionaries on both sides of today’s unending culture wars date back to wars fought that long ago.

Progressives have been fighting the same battles from the 1960s, and have even abandoned their best weapons, trading them for misinformation campaigns that rival Orwell’s “1984” Big Brother. Black Lives Matter has defenestrated the Biblical truth favored by MLK for the victim-worship of Critical Race Theory. Over the years, on occasion liberals even allow for the fact that they’ve brought right-wing reactionary populism upon themselves.

There are a lot of reasons for the rise of populism in the West, but one, almost trite, reason is often overlooked. Our schools and our media not only fail to educate the citizenry; they actively mis-educate the electorate. Instead of showing the unbelievable progress that humanity has made since the start of the Enlightenment some three centuries ago, history classes, to the extent that history is still taught, are used to whip up resentment and a sense of victimhood among different socio-economic, racial, ethnic, religious and gender groups. The media breathlessly repeat stories of (real and imagined) oppression and (supposed) economic retrenchment, even though people in the West currently enjoy a period of unprecedented peace and prosperity.

That quote was from 2019, well before the media made a full-court press to cover up the reasons behind Glenn Yougkin’s win in Virginia, a race that relates directly to the paragraph above. Politicians and media on both sides of this culture war really don’t want the public to take a breath and consider the actual reasons things happen. The cynic in me says this is because it’s way too profitable to skim cash and power from wars that were fought and won 50 years ago.

Ross Douthat wrote in the New York Times that the “New Right,” those Gen Z reactionaries are far from fighting Ronald Reagan’s battle for the soul of America. That political and culture war is the one people my age are comfortable fighting, as well as Joe Biden and the Clintons, and a then-much-younger Donald Trump, who stole Reagan’s catchphrase for himself. But the New Right is much more concerned with the concentration of social power in the hands of too few, from the tech glitterati to the institutional fortresses of the left, to the decline of religion and old-fashioned bourgeois aspirations, to the nihilist tendencies of today’s youth, who neither marry or have families, or know how to pay for, never mind live, a life of “adulting” ahead.

This all leads to the older folks fighting fantasy battles, and doing their level best to miseducate, indoctrinate, and sometimes outright deceive, the next generation of Americans that we’re supposedly going to hand the nation over to as we age out and file inexorably into the world to come (and by that, I mean death and what comes after).

And oh how we invent things to fight over.

I don’t mean to imply that 9/11 wasn’t a real event, or as conspiracists claim, it was an inside job to facilitate an oil grab. America has real enemies. We are still a dangerous nation when we’re pissed off. I also don’t mean to lessen the value of Ronald Reagan’s strategy to drive a stake into the withered heart of the Soviet Union’s Communist Parry. I don’t mean to lighten the weight of executive decisions made by the Commander-in-Chief, sending U.S. service men (and women) into harm’s way, with many returning home in pine boxes. But the reasons and justifications behind these decisions, and the politics that drive coordinated campaigns of misinformation and deception, were and continue even more so to be disingenuous, cynical inventions.

By the time of Donald Trump’s ascension, white Christians were elevated to the oppressed class, and Trump became their avatar. Extremists from every crack and crevice of American online and underground life were brought forth to fight. As Peggy Noonan wrote comparing Trump to FDR “that he’s like the Staten Island Ferry, pulling all the garbage in his wake.”

Then, by the magic of events, coronavirus became the battleground, and misinformation remained the weapon of choice. Instead of soldiers sailors, Marines, and airmen’s lives, nursing home residents, doctors, nurses, and factory workers came home from war in pine boxes, victims of the very real weapons of dangerous misinformation and crackpot conspiracy.

Red pill prophets like Dr. Len Horowitz stepped up to make harmful claims about the COVID-19 vaccines. Horowitz, in 1996, published a breathtakingly reckless book titled “Emerging Viruses: AIDS And Ebola : Nature, Accident or Intentional?” in which he claimed AIDS was a fake virus and the AZT treatment was engineered to kill gay men. The U.N. practically banned that book.

Other hawked home remedies, like kratom, an herbal supplement grown in southeast Asia that acts like an opioid. Online sites like Health Ranger Report prey on conspiracies, avoiding the censorious hand of YouTube and Facebook by staying on less well-known publishing sites. These videos make false claims like the CDC and hospitals banned vitamin D and zinc to fight COVID-19. In fact, doctors have mostly favored these treatments, but not as some kind of miracle cure. Then there’s the recurring theme of a bioweapon.

Prof. Markus Covert of Stanford, in a rare burst of actual truth and sanity, published this remarkable short history of how we got to the COVID-19 vaccines. But such truth doesn’t play to either side of the political debate.

Jump forward to 2020, when many Kool-Aid drinkers bought their own cause to such a degree that they played along with Trump’s fantasy of a stolen election, and crafted the most idiotic and unconstitutional legal word salads and PowerPoints, engaging in what would be a coup if in some insane series of impossible events, it succeeded. And, by the hairs in Vice President Mike Pence’s nose, it almost did. If the Senate floor had been breached by mobs in the Capitol before Pence was evacuated, or before senators were able to escape, citizens would have been mown down in a bloodbath. Who know what would have happened after that?

This series of tweets with David French really got me thinking hard. Did Jenna Ellis and John Eastman believe that Trump should or could engineer millions of ballots being thrown out despite over 60 losses in state and federal courts? If they didn’t believe it, then why go through the incriminating theater of writing these absurd memos? Why would Mike Meadows order the production and distribution within the White House of a presentation based on this legal fallacy?

Did they really drink their own Kool-Aid? Or did the thousands who showed up on January 6th drink the Kool-Aid while Meadows, Eastman and Ellis mixed up new batches by the hour? Would they all have willingly incited what would amount to a civil war by supporting Trump should he have gone through with the contemplated plan? Was the plan even contemplated or was it all window dressing to appease an ever more disconnected and uncontrollable president who refused to believe he was finished?

Yesterday’s battles are being fought by armies of the lazy, rich, seriously armed, and dangerously misinformed. Increasingly, fantasy is being sold as fact, with needless death, loss, and damage to the institutions supporting our society resulting, not to mention actual deaths.

The stupidity of reactionaries fighting other reactionaries in wars long ago ended, with phantom victims on both sides propping up ever more malicious enemies in order to burn them down, is damaging our nation in myriad ways, small and large.

Would you rather unendingly fight the last culture war, using illiberal censorship, corporate and institutional power bordering on actual fascism, resulting in a dystopian Potemkin society where nobody except the super-rich benefit and all other outcomes are statistically perfect representations of progressive values; or participate in an illegal and bloody fantasy where white Christians led by a serial philanderer and inveterate liar, business cheat and friendless paranoid forcefully take control of elements of the federal government?

If you’re sane, you’d rather do neither, but increasingly, sanity is not a choice that’s being offered. As the computer that realized its private nuclear fantasy in the 1983 movie “War Games” concluded, “the only winning move is not to play.”