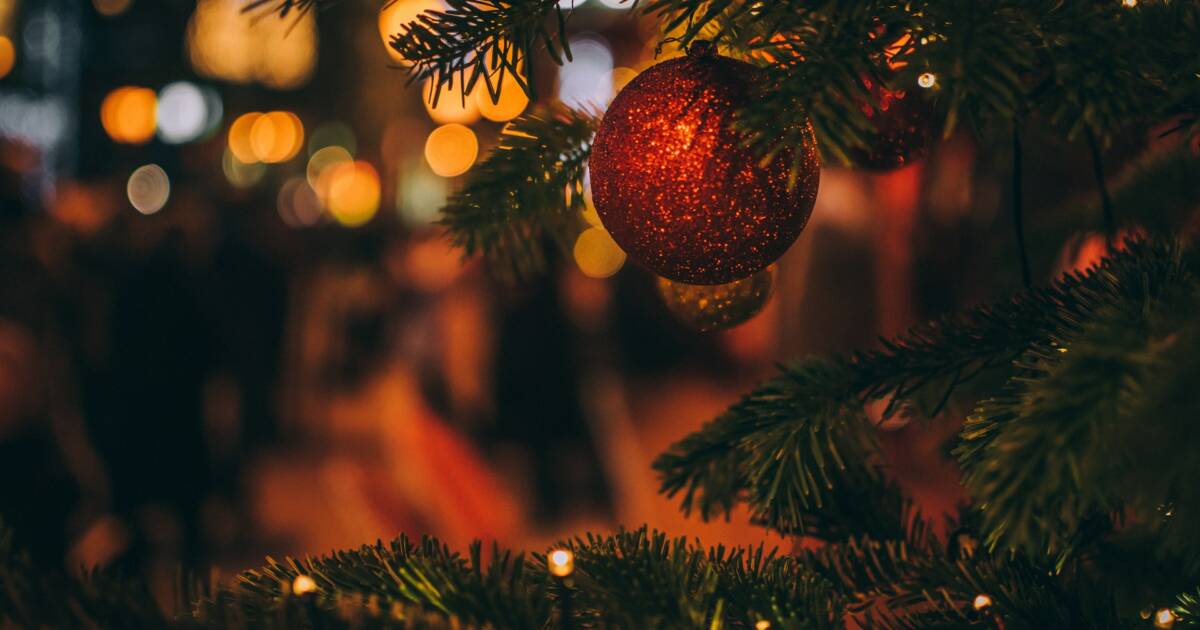 An annual Christmas tradition has become the idea that there is a war on Christmas. Certain dark and nefarious corners of the country don’t want us celebrating or even saying “Merry Christmas” we are told.

Some elected officials, such as Lauren Boebert and Thomas Massie, seem to be expecting a literal attack on Christmas. Their digital Christmas cards show their families loaded for bear and ready to repel all grinches. Maybe that’s not the best representation of the spirit of Christmas.

Well, rest assured that the Biden Administration is not part of any alleged war on Christmas. In fact, the president and First Lady, both Catholic Christians, hosted a musical salute to Christmas that made its way to the internet this week. Far from pushing Christmas into the shadows, the message here is “We need a little Christmas.”

Ironically, quite a few of my Republican friends seem outraged by the display of Christmas cheer at the White House. Most don’t give reasons, but some do offer that they don’t believe that nurses should be allowed to sing and dance while some hospitals are overwhelmed with pandemic patients. But everyone needs some time off and not every hospital in the country is understaffed.

Once upon a time, there was a real war on Christmas. It was once illegal to celebrate Christmas in parts of the world, and believe it or not, it was Christian politicians who were responsible for the ban. The same Puritans who gave us Thanksgiving made Christmas illegal in Massachusetts for decades.

The backstory is that after the Puritans settled in New England, their brethren gained political power in England. Puritans gained control of parliament and overthrew Charles I in 1647 during the English Civil War. History.com describes how parliament proclaimed December 25 that year to be a day of “fasting and humiliation” in repentance of sins. In 1659, the Puritan government of Massachusetts made it illegal to “be found observing any such day as Christmas or the like, either by forbearing of labor, feasting, or any other way.” The crime was punishable by a five-shilling fine.

The Puritans objected to Christmas on several grounds. First, they noted that celebrations of Christmas were not biblical. That is, the Bible does not tell us to celebrate the birth of Christ. Second, they also did not like the fact that many Christmas celebrations involved drunken revelry and promiscuous sex. Think the class wild office party set in the 1600s. The Puritans likened to this celebratory behavior to pagan celebrations.

Add to that a Christmas version of trick-or-treating in which men would dress as women and go to the houses of wealthy people and demand food and drink. And not just any food and drink, but the good stuff. This tradition is hinted at in the carol, “We Wish You a Merry Christmas,” in which the carolers demand figgy pudding and say, “We won’t go until we get some.” If refused, the revelers would sometimes become violent or resort to vandalism.

The ban on Christmas was repealed in 1681, but Christmas remained unpopular in Massachusetts for many more decades. When the royal governor attended Christmas services in Boston in 1686, he was protected from protests by armed redcoats. Christmas did not become a public holiday in Massachusetts until 1856.

Like the people of colonial Massachusetts, we do need a little Christmas. We are badly in need of the spirit of Christmas and the spirit of Jesus. We need the spirit of forgiveness and brotherly love that is supposed to come along with the celebration of the birth of Christ.

But we need to move beyond the baby in the manger. Like Ricky Bobby, we are too often stuck on the baby version of Jesus, who makes no demands on us. In contrast, the adult version of Jesus tells us to love our enemies, to turn the other cheek, and to give sacrificially to help the needy.

These things are not easy to do, but if we all followed Jesus’s advice, we would live in a better country and a better world. Let’s strive to follow his example in 2022 and beyond.

I’ll add that I don’t think that the phrase, “Happy Holidays,” is a sign of a war on Christmas. The fact is that a lot of people don’t celebrate Christmas, but that doesn’t mean they are godless heathens. Some celebrate Hanukkah, for instance. Often people say “Happy Holidays” when they don’t know if the person that they are talking to celebrates Christmas, not because they want to cancel Christmas.

“Happy Holidays” is a shortened version of “Happy Holy Days,” by the way. So even if someone says “holidays’ rather than Christmas, they are still acknowledging the religious origins of the celebration.

Personally, I don’t take offense at being told “Happy Holidays.” I usually say “Merry Christmas,” both as a general holiday blessing and as a response to “Happy Holidays,” but I have no problem saying, “Happy Hanukkah” if I’m talking to a Jewish person. Why? Because that’s what they celebrate. That’s what means something to them.

I don’t think I’ve ever had anyone tell me “Happy Kwanzaa.” The vast majority of my black friends and acquaintances celebrate Christmas (although Kwanzaa is not a replacement for Christmas).

In the end, I’d say that accepting a greeting of “Happy Holidays” in the spirit that it is intended is a way of fulfilling Jesus’s commandment to love your neighbor. Don’t look for an offense where none is intended.