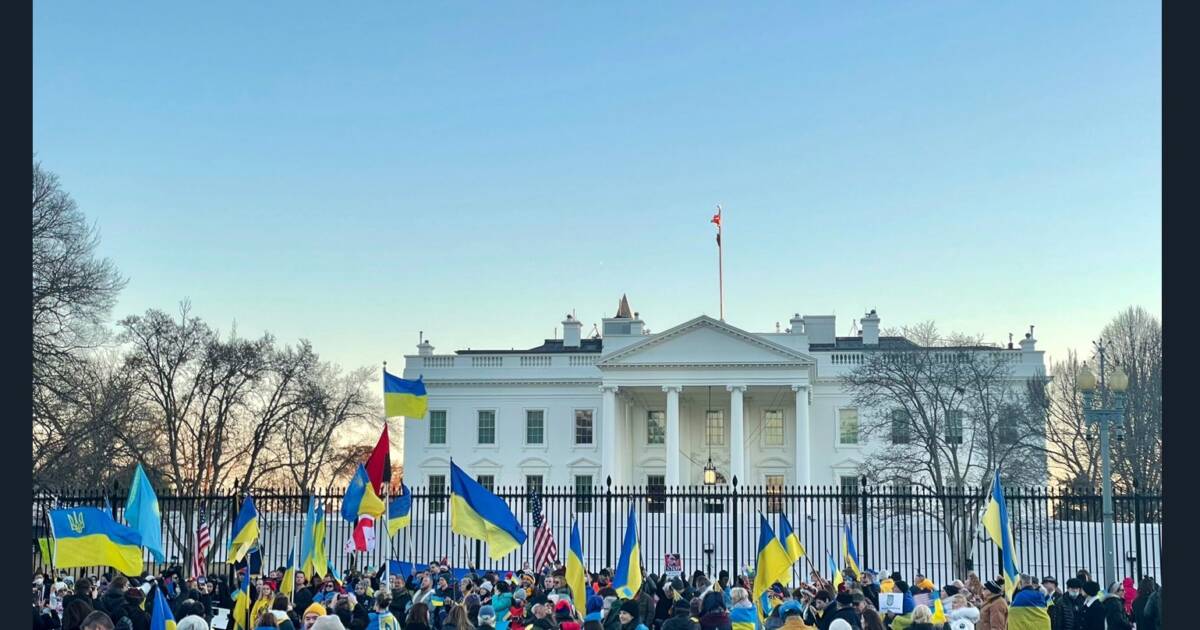 Steve Berman wrote today about President Biden and Ukraine. That’s been a hot issue lately so I thought I’d my two cents.

The debate online has centered around who was more at fault for the Russian invasion, Trump or Biden. For instance, Erick Erickson has been uncharacteristically trumpy in his claims that Vladimir Putin purposely waited to target Ukraine after Donald Trump left office and only attacks other countries when Democrats are in the White House.

Sadly, Erickson’s claim is historically inaccurate. In fact, about half of recent Russian combat operations have been while Republicans were in office. That would include stepping up intervention in Syria directly opposite US troops while Trump was in office, taking Ukrainian ships and sailors prisoner while Trump was in office, cyberattacks on both Ukraine and the US under Trump, and the invasion of Georgia under George W. Bush. In fact, we’d have to go back to George Herbert Walker Bush to find a president that did not encounter Russian aggression.

But Steve Berman does not make this flawed argument. Instead, Steve argues that Russia benefitted from Biden having the “same smarmy trust in the international order that John Kerry and the Davos crowd believe holds the world together. He is overconfident in the effectiveness of sanctions and world rebuke on the actions of despots. He is trusting of the ability of “the people” to rise up and dethrone authoritarian leaders….”

This is a better argument than saying Putin waited for a Democrat. I’m sympathetic to the idea that Putin was emboldened by America’s weakness in foreign policy and Biden was certainly a part of that. I’d even go so far as to say that the chaotic withdrawal from Afghanistan probably stoked Putin’s fire as well even though I think taking Ukraine was on his list of things to do for at least a decade.

What I do take issue with is the notion that Putin waited until Trump was out of office because he was afraid of Trump’s unpredictable reaction. While Trump was often unpredictable, his relations with Putin were totally predictable. Trump always sided with Putin. If anything, Trump’s four-day-late acknowledgment that the invasion was “an outrage” and an “assault on humanity” was what was unpredictable. So far as I can recall, it was the first time Trump ever said anything critical of Putin.

Let’s walk back through the Trump years. The two men were subject of “bromance” rumors for most of Trump’s presidency. In 2018, when the two met in Helsinki, Trump openly sided with Putin over US intelligence and the FBI. Trump said nothing when the Russians crowed about taking over US bases in Syria, when Russia was alleged to have placed bounties on US soldiers in Afghanistan, or when Russian mercenaries joined Syrian government forces and pro-Iranian militia in attacking a Syrian Democratic Forces base where American Special Forces were stationed.

When it comes to Ukraine, we cannot forget that Trump’s first impeachment was for illegally holding back $400 million in military aid that Congress had appropriated to Ukraine. Trump wanted President Zelensky to announce that Ukraine was investigating the Bidens in exchange for releasing the aid. This happened at a time when Russia was backing separatist rebels that were actively fighting against the Ukraine government.

Further, Trump and Republicans take credit for providing Ukraine with Javelin missiles, but left unsaid is that Trump opposed providing the weapons and when he relented he still place restrictions on the sale that kept the missiles from being usedagainst the Putin-backed rebels.

It would be a stretch to claim that Putin held off on his invasion plans because he was afraid of Donald Trump and not Joe Biden, but there probably was a reason for the delay. That reason is probably the hope that Trump would fracture NATO or withdraw the US from the alliance. Trump talked about potentially leaving NATO during the 2016 campaign and the rumors heated up again ahead of the 2020 elections. Former Trump aides said that Trump planned to withdraw from both NATO and South Korea if he had won a second term.

So yes, there is a real chance that the war wouldn’t be underway – yet – if Trump was still in office. Putin would likely be waiting for American soldiers and airmen to be withdrawn back across the Atlantic before he made his move.

Steven made this point in a different piece last week, saying, “Trump was doing more damage to NATO by himself than Putin could ever do from the outside. As Napoleon probably never said, when your enemy is making a mistake, don’t interrupt him.”

Both parties have been weak on foreign policy in recent years but in different ways. However, President Biden has stepped up to the task and helped to rally the world against the Russians.

The Biden Administration raised the alarm over the past few months in an attempt to deter the invasion. That attempt failed, but many people were skeptical that the alarms were in good faith. The warnings have proved to be accurate with the scale of the Russian invasion much larger than even the worst-case scenarios predicted.

Since the war started, the Biden Adminstration rushed $350 million in aid to Ukraine that includes both anti-tank and anti-aircraft missiles. This is on top of other aid sent to Kyiv in the months leading up to the invasion. The Administration is also asking Congress to appropriate another $6.4 billion in military and economic aid. NATO countries are also sending weapons, food, and other items as well as taking in refugees. The EU is even sending more fighter jets, probably MiG-29s of the sort that Ukraine already operates, to the country’s embattled air force.

Economic sanctions were quickly implemented and are already starting to bite. Critics said that Biden and the EU would never agree to expel Russia from SWIFT, but they did it over the weekend. After being excluded from the financial network, the ruble crashed to less than a penny this morning and the central bank doubled interest rates to more than 20 percent. The Russian economy is cratering quickly.

Additionally, the sanctions are targeting Putin’s ultra-rich backers and new measures are being added on an almost daily basis. Even the Swiss, normally rabid in their neutrality, are joining in the sanctions.

Whatever came before, the Biden Administration is acquitting itself well in the midst of the war by most accounts. “Most accounts” does not include the Republicans, about half of whom are arguing that Biden is not reacting quickly enough or doing enough against Russia. The other half argue that Biden is going too far to help Ukraine.

It seems as though the anti-Russia effort is only gaining steam. That gives me hope that Ukraine will ultimately prevail and evict the Russian invaders from its territory. If and when that day comes, the Biden Administration will deserve its share of the credit.