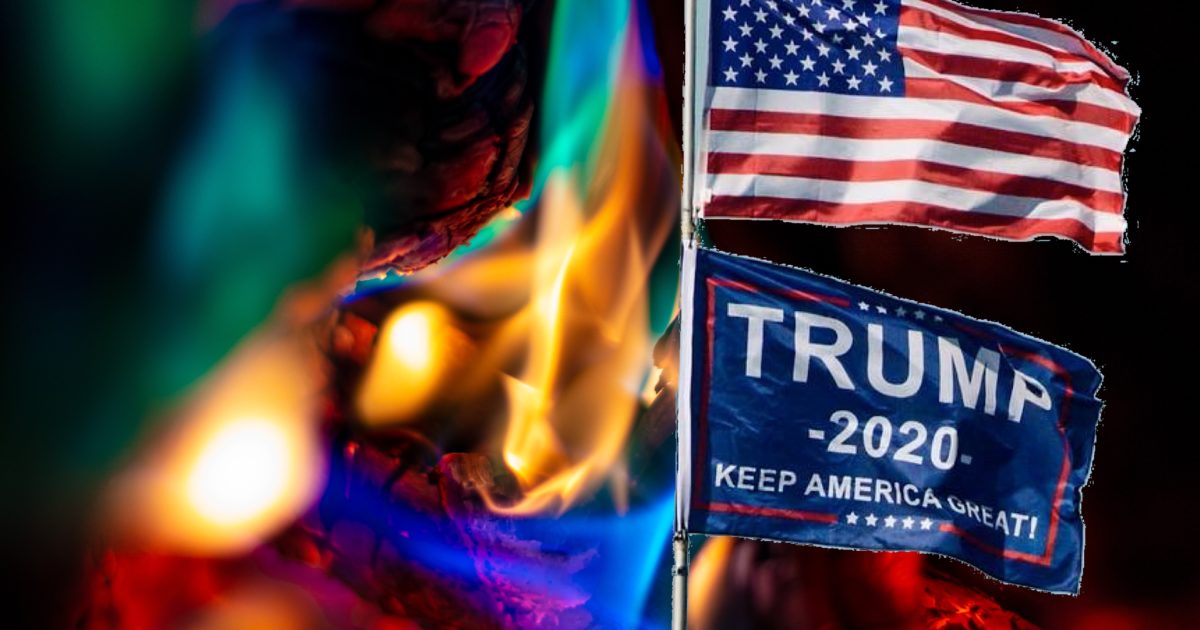 This morning the lead in Georgia and Pennsylvania shifted to Joe Biden. A short time ago, Pennsylvania was called for Joe Biden, blocking Donald Trump’s path to 270 electoral votes. Barring a sudden reversal, which is unlikely because mail-in ballots are tending heavily Democrat after Trump’s attacks on mail voting over the summer, the election is over and Joe Biden is the president-elect.

There will be many explanations for why Donald Trump lost. The Coronavirus pandemic will figure prominently into many explanations of the Republican electoral debacle, and the pandemic did play a major role, as I wrote last week, but the problem went much deeper than that. I’ve pointed out numerous times over the past year that a majority of voters, 52 percent, told ruby-red Rasmussen in 2019 that they would not vote for Donald Trump. Most of these voters said that they planned to vote against Trump, rather than for the undetermined Democratic candidate. With millions of votes left to count, Joe Biden’s share of the popular vote stands at 50.5 percent.

So, what, even before the deaths of 220,000 Americans, soured voters on President Trump? There are three simple and interrelated reasons why Donald Trump lost.

The first and most egregious mistake that Trump and the Republicans made was to drastically overplay their hand after Trump’s surprise 2016 victory. Donald Trump won the 2016 election through a narrow fluke of an Electoral College, which turned on less than 80,000 votes in three states. Yet, Trump and the GOP moved forward as if they had the broad popular mandate that comes from a landslide victory.

Trump lost the popular vote in 2016 by more than 2.8 million votes. Rather than attempting to build a majority by adding to this base, the president refused to acknowledge the popular vote loss and instead claimed, “In addition to winning the Electoral College in a landslide, I won the popular vote if you deduct the millions of people who voted illegally.” The president launched a commission to investigate voter fraud, which was quietly disbanded when it could not substantiate the president’s claims.

With the erroneous idea that most Americans supported him, Trump spent the next four years ingratiating himself to his Republican base at the expense of angering moderates and swing voters, the people who decide elections. The president launched many initiatives such as the immigration ban, the government shutdown, funding the wall through a national emergency, declaring trade wars on all fronts, and separating immigrant children from their families. These policies were popular with Trump’s Republican base. The rest of the country? Not so much.

This brings us to the second problem. While all of this was going on, Republican supporters of Trump were living in a bubble of confirmation bias.

Republican thinking was, “I love Trump. My friends love Trump. The talking heads on Fox News, OANN, and the radio pundits are telling me that Trump is the greatest president ever. Therefore, anyone who doesn’t love Trump must be suffering from TDS. The problem is with them and the ‘lamestream’ media, not with me or, Heaven forbid, Donald Trump.”

The problems with polling in 2016, even though mostly confined to four states, gave Republicans permission to ignore any data that did not confirm their belief that Trump was the greatest president since Reagan. Or possibly George Washington.

This attitude persisted up until the election despite polling pointing to a Democratic landslide. It probably won’t go away entirely even now. Some Trump supporters will be so deeply into the pro-Trump propaganda that their minds will not be able to accept the fact that Donald Trump lost a free and fair election. Trump’s own warnings that “the only way we’re going to lose this election is if the election is rigged” carry a lot of the blame as well.

The bubble led to the third major Republican mistake of the Trump era. In 2016, Republicans promised to hold Donald Trump’s feet to the fire. This promise did not last long.

As I told my friend and fellow First TV writer, Steve Berman, on his podcast last week, as 2017 drew to a close, I could almost have voted for Trump. There were problems, such as the very questionable firing of James Comey, but there was also the successful passage of tax reform and the party came within a whisker of reforming the Affordable Care Act, before totally forgetting about health care reform.

But then the wheels came off the Trump Train. I think that you can trace the origins of the train wreck to the departures of Rex Tillerson, James Mattis, and John Kelly. These three “adults in the room” had kept Donald Trump focused and out of (at least major) trouble, but by December 2018 all were gone. At the time I wrote that Trump was now “unchained.”

With Trump off the chain and running wild, it was up to congressional Republicans to hold him accountable. While some offered tepid criticism of his excesses and failures, when the rubber met the road and there were votes on official measures to rebuke the president, very few Republicans dared to stand up to him and the party base.

This has remained true since Election Day. Too many Republicans are still afraid to stand up to Prsident Trump, justifying his baseless and evidence-free claims of election fraud at the risk of igniting political violence across the country. This is not the behavior of people who love America.

What is inescapably true is that by failing to hold Trump accountable, congressional Republicans did not do the president or their party any favors. Trump’s behavior became ever more erratic as his base cheered him on. Meanwhile, fearful for their careers, traditional Republicans tempered their criticism and held their tongues.

There is an argument to be made that discretion was the better part of valor for Trump’s Republican critics. Prominent Republicans such as Bob Corker, Jeff Flake, and Justin Amash spoke out against the president and saw themselves promptly removed from Congress. Was it better to openly disagree with the president and then lose your platform or, as others such as Ben Sasse and Mitt Romney did, to pick their battles so that they could keep their seats and maintain their influence? History will ultimately be the judge.

But then again, probably not. Donald Trump is a man who values loyalty over reality. He has shown a propensity to ignore dissenting opinions, no matter how valid, in favor of his own often deeply flawed judgment and that of the yes-men who surrounded him. And the same goes for his supporters.

Those of us who tried to point out that the emperor had no clothes were denounced as liberals or sufferers of TDS. When we pointed out the president’s flaws, we were answered with a litany of excuses: But Obama. But the judges. But the economy. But abortion. But socialism.

The harsh reality is that once Donald Trump became the Republican nominee in 2016, the party was going to take a fall. It was just a matter of when. Trump was – and is – simply too bad a person and too far out of the American mainstream to usher the hoped-for era of American conservatism (not least because Trump is not and has never been a conservative).

His my-way-or-the-highway philosophy put elected Republicans between a rock and a hard place. They could distance themselves from Trump and face the wrath of primary voters or they could cozy up to Trump and anger general election voters. They were damned if they did and damned if they didn’t. Faced with this choice, many Trump-skeptical Republicans bailed out of Congress and pulled the ripcord of retirement.

After the soul-crushing Republican loss in 2012, the party commissioned an after-action report to determine what went wrong. Among the recommendations from the report were passing immigration reform, listening to minorities, listening to dissenting voices within the party, and breaking the association of the Republican Party as a rich man’s party. With the embrace of Donald Trump, all of these recommendations were not only ignored, they were tossed out and spat upon.

Some Republicans argue that the proposals in the 2013 post-mortem would require changing their principles, but Republicans have already abandoned many long-held beliefs to follow Donald Trump into oblivion. A better course would be to change back to traditional, limited government Republicanism and pair that philosophy with outreach to minorities that is an ongoing two-way conversation, not merely a pro forma election-year appeal.

Now, as it grapples with the overwhelming rejection of Trumpism by American voters, the Republican Party has a second chance. Republicans can either adopt the new course charted after 2012 or they can double down on the populist, conspiracy-laden, alternate reality politics that brought their party this year’s defeat.

It’s time to burst the bubble.