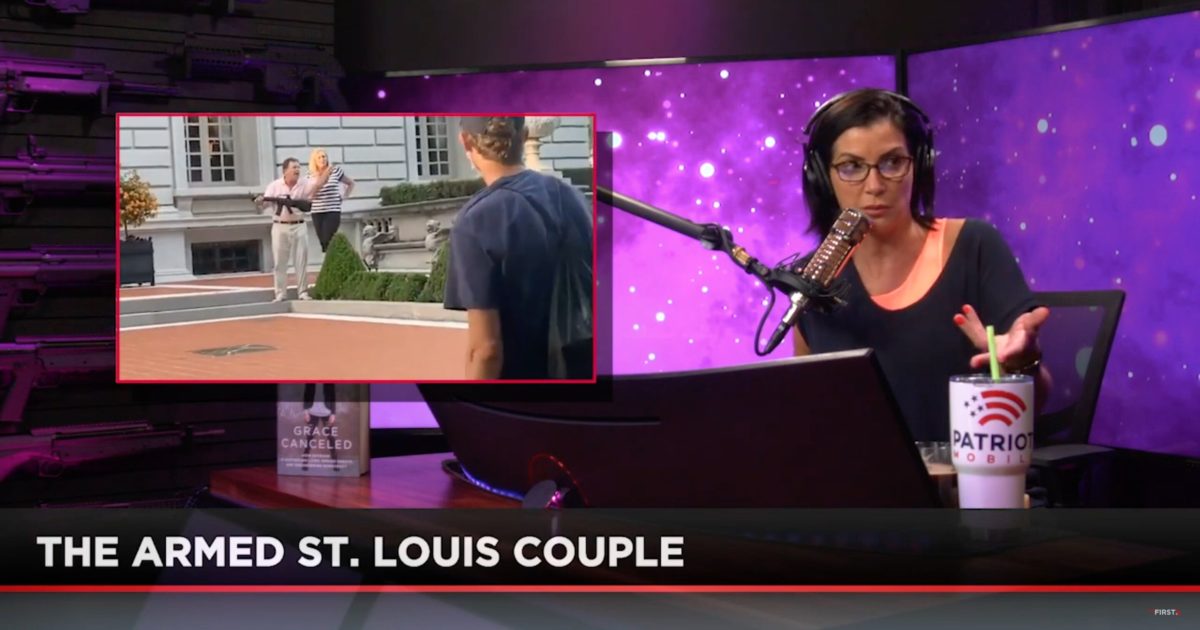 Dana Loesch told listeners Tuesday that there is a surprisingly simple reason that the now-infamous couple was 100% justified, which the mainstream media conveniently neglected to mention.

The crowd of “protesters,” as the media painted them, became rioters the second they broke down the front gate to the neighborhood, Dana argued:

“When you have individuals who broke down a gate, and that is not up for dispute… they broke down and they trespassed and they were screaming at everyone. So, let’s not insult everyone’s intelligence by acting as though rioters in this city have not already taken lives and caused a lot of destruction.”

Dana also had some crucial tips about gun safety and home defense.