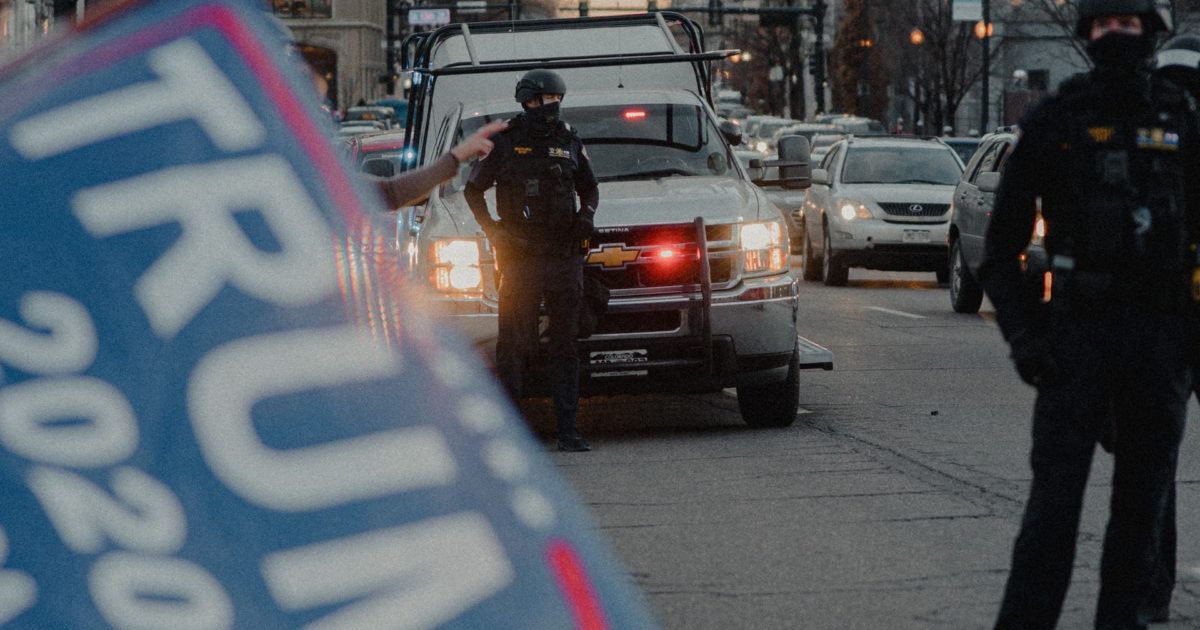 There were two interesting internal decisions made by Republicans this week. The two choices focused on two very visible Republican women who stand for very different things.

The first vote on the question of whether Rep. Liz Cheney (R-Wy.) should be stripped of her leadership position in the House Republican caucus. Going into the vote, Rep. Matt Gaetz (R-Fla.) was confident that the Trump allies had the votes needed to strip Cheney of her position.

Then reality intruded. When the dust had cleared. Cheney retained her position in a vote that wasn’t even close. The defeat was an embarrassing blow not only for Gaetz but for Donald Trump, who had personally backed the effort.

But the good news for traditional Republicans didn’t last long. The caucus next refused to take action against Rep. Marjorie Taylor Greene (R-Ga.), who never seems to have found a conspiracy theory that she didn’t like. Greene reportedly issued a private quasi-apology for her wild behavior and remarks to her fellow Republicans.

The message here seems to be that most Republican elected officials seem to be more loyal to the party than to either faction. There is a traditional Republican wing and a Trumpist wing, but the biggest faction seems to be those in the middle who don’t align with either side and plead Rodney King-like, “Can’t we all just get along?”

The problem is that one of the factions is bat-poop crazy. How can a rational conservative faction coexist with a Marjorie Taylor Greene who believes in false flag school shootings and Jewish space lasers that start forest fires? The boundaries of Greene’s wackery go way beyond even the now run-of-the-mill wackery of QAnon.

The Republican attempt to play it both ways now results in a vote by the full House on whether to strip Greene of her committee assignments. The vote on Liz Cheney was a secret ballot, but Republicans were forced to take an open stand on Greene. Given her past behavior, it is more than possible that a vote to protect Greene will become an albatross around the necks of vulnerable Republicans over the next two years.

It would have been much better for the party to handle its dirty laundry quietly in another secret ballot vote. Moderates and independents would like to see the party rein in its crazies and justice dispensed by the party would have defused the vote by House Democrats in their attempt to discipline Greene.

The problem for the party traditionalists is that Greene is much more popular than Cheney. Sixty-one Republicans voted against Cheney while only 11 voted against Greene. An Axios poll recently found that Republicans favor Greene over Cheney. And it isn’t even close. Greene had a 38-point edge. The same poll showed that House Minority Leader Kevin McCarthy, a Trump loyalist, also outperformed Senate Minority Leader Mitch McConnell by a 37-point margin.

This is a problem for the whole party because the Trump loyalists like Greene are leading the party into oblivion. Even though the Trumpists have an intraparty edge, there is a definite ceiling for a party and politicians who preach conspiracy theories and espouse nutjob beliefs.

Trump supporters like to point out that Donald Trump received a record 74 million votes for an incumbent in the 2020 popular vote. The bad news for Republicans is that a record 81 million people voted against Trump and for Joe Biden. The conundrum is that Donald Trump is extremely popular within the GOP and extremely unpopular outside of it.

So, what is the solution? A Republican civil war is a likely answer. If decent and traditional Republicans mount challenges against the Trumpists and the fence-straddlers, it may help to draw disaffected (and possibly former) Republicans – people like me – back to the party. The apparent advantage held by the Trumpists may disappear when more competent and less crazy Republicans challenge them, something made more possible by Trump’s ban from Twitter.

The more the Trumpists lose, both in primaries and general elections, the less likely they will be supported by the rank-and-file grassroots Republicans who aren’t sold on Trump but want to ensure that Democrats are checked. People who can’t get elected because their beliefs are way out in right field can’t be a check on the Democrats.

Either way, a party split is likely. The Republicans who aren’t sold on Trump, especially after the insurrection, are unlikely to rally behind a second Trump run or a campaign behind one of his proteges like Josh Hawley or Don Jr. or (heaven forbid) Jim Jordan. Even Ted Cruz’s presidential aspirations are probably dead at this point.

The reverse is also true. The traditional Republican wing of the party is now derided as “establishment” or RINOs,” which is interesting because both slurs are somewhat contradictory. How can one be a Republican in name only if they are the party establishment? Nevertheless, the Trump wing of the party would be unlikely to get behind anyone who doesn’t have Trump’s blessing and the traditionalists, who have either opposed the former president or been insufficiently loyal in Trump’s eyes, are unlikely to get it.

Given the extremely close nature of recent elections, if either faction deserts the party, the fracture would hand victory to the Democrats. Recent polling showed that about a third of Republicans would prefer a hypothetical Patriot Party while another third prefers the Republican Party. Most of the remainder is made up of fence-sitters who aren’t sure.

If you need more convincing, Exhibit A for this lesson is the presidential election in which Donald Trump underperformed Republican congressional candidates. Exhibit B is the Georgia runoffs in which Trump supporters stayed home.

It’s difficult to see anyone who could bridge the divide between the Republican factions. Nikki Haley is one of the few possibilities that I can think of, but even she might be a long shot.

I don’t know how the Republican civil war will turn out. Many Republicans seem content to be a big fish in an evaporating pond. As long as they can keep their authority and position and continue to generate soundbites on conservative media that keep their campaign coffers full, these Republicans might be quite happy to continue to lose. After all, losing means the Democrats will be in charge and there will be plenty of things to keep the base angry about, which keeps the dollars coming in.

On the other hand, I keep hoping that sanity will break out and that Republicans will disembark from the Trump train. Traditionally conservative ideas often make a lot of sense and can be good for the country, but Republicans – or candidates from some other conservative party – first have to get elected to implement them.

I don’t know where the struggle for the soul of the Republican Party will lead, but, for now, I’m at least happy to see some signs of fight returning to the traditional wing of the party. Traditional Republicans have too often rolled over and let the Trumpists have their way over the past four years. Maybe some are finally getting tired of losing.