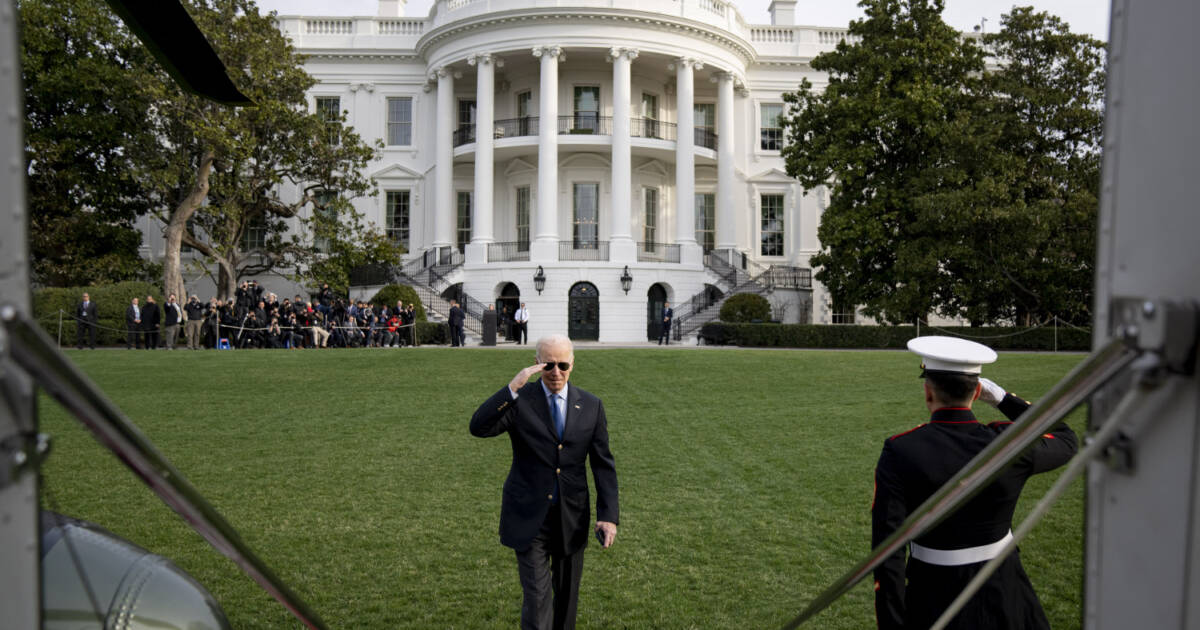 Two of the big stories of the past few days revolve around unscripted remarks. In a world in which even “reality” television often plays out to an edited storyline, going off-script has dire consequences and can move both news cycles and nations. I’m not talking about Chris Rock and Will Smith’s confrontation at the Oscars here. Rock’s comment was scripted and I’m not sure that Smith’s reaction wasn’t.

Both of the recent outbreaks of straight talk were big news, but on the world stage the bigger incident was from President Biden’s speech on Ukraine from Poland. The speech was one of Biden’s best by many accounts, but nine words that were ad-libbed by the president stole the show.

Towards the end of the 27-minute speech, President Biden interjected, “For God’s sake, this man cannot remain in power.”

And a collective gasp went up from around the world.

Interestingly, many of the same people who celebrated Donald Trump for his brash talk and unpredictability are now attacking Biden for his straight talk. The question of the day is whether Biden initiated a call for regime change in Russia. To me, the answer is both yes and no. President Biden seemed to be saying what most of us are thinking these days.

“For God’s sake, this man cannot remain in power.”

That is not a policy statement. That is a plea. A prayer.

Back in 2002, President Bush did make a call for regime change in Iraq. As the congressional vote on the Authorization to Use Military Force approached, Bush said, “The time of denying, deceiving and delaying has come to an end. Saddam Hussein must disarm himself, or, for the sake of peace, we will lead a coalition to disarm him.”

That is an ultimatum. That is a call for regime change if Saddam did not comply. That does not resemble what Joe Biden said.

Whether the phrase was intentional or not, Biden was right. Vladimir Putin needs to go. Assuming that there is a satisfactory outcome to the Ukraine war that leaves the country free and the rest of the world intact and not radioactive, Putin cannot be trusted at the helm of a nuclear power. The man who has brought the world to the brink of WWIII cannot be trusted not to start another war.

Putin does need to go, but that does not mean that US policy is regime change. There are several other ways that Putin’s regime could be changed without the involvement of American forces. The best-case scenario would be a coup in the tradition of authoritarian regimes everywhere. If Russia’s generals and oligarchs see that Putin is destroying their country and their wealth, maybe they will take matters into their own hands. Failing that, Russia has had two revolutions in about 100 years. It might be time for another.

It isn’t likely that President Biden’s plea will be ignored by Vladimir Putin. It won’t change anything either. A Twitter friend pointed out that a Pentagon report cited by Radio Free Europe before the war already assessed that the Russians believed that the US wanted regime change. The date of that assessment? 2017. When Vladimir Putin’s buddy, Trump, was in the White House.

The worst aspect of Biden’s comment may prove to be the attempts to walk it back. That is what sounds weak and uncertain.

Although Judge Jackson’s unscripted answer has been panned by right-wing pundits, it isn’t a bad one. It’s ironic that Republicans have spent years arguing for an objective, biological definition for gender rather than a subjective one based on mental state, but then when a judicial appointee accepts biology as a basis for defining what is a woman, the party mocks her.

Laws typically define important terms within their text. It is when laws are poorly written and vague, Florida’s “Don’t Say Gay” law for example, that judges are called upon to decide what the law means. Or strike down the law for being unconstitutionally vague.

Whether she meant to or not, Judge Jackson correctly acknowledged that biology is what defines a woman. Conservatives should be ecstatic and progressives should be apoplectic.

The MAGA side celebrated Donald Trump, an inveterate liar, as a truth-teller. But this week we saw two examples of truth-telling that were rejected by those same people. For better or for worse, President Biden has said what most of us are thinking: Putin needs to go. May the words pass from his lips to God’s ears.

And when Judge Jackson is confirmed – and she will be – and cases about transgender rights come before her – and they will – I hope that she remembers the day that she acknowledged that she was not a biologist. Laws need to reflect the reality of biology and gender rather than mental misconceptions that some people might have.