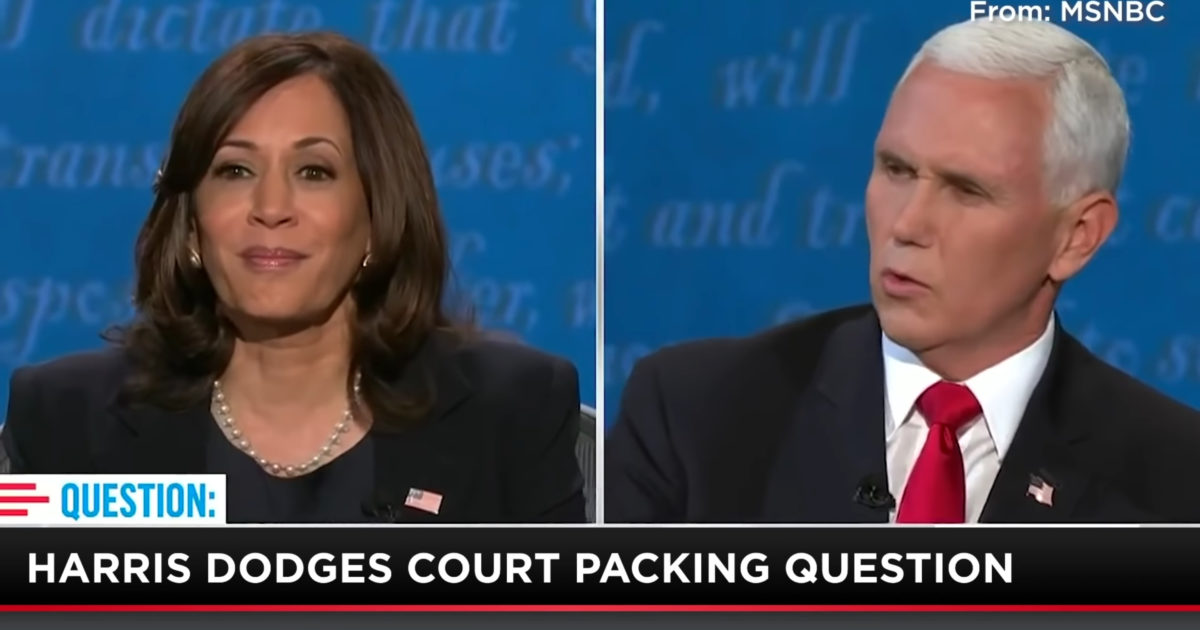 Jesse Kelly on Wednesday revealed the real reason that Joe Biden and Kamala Harris have repeatedly refused to answer the question of whether or not they will “pack the court” if they win the election.

He showed viewers video of when Pence “went after” Harris on her ticket’s refusal to answer the question before also calling out Democrats’ hypocrisy on “peaceful transfer of power” citing the FBI spying scandal.

“I actually think Democrats are making a huge mistake here… they’re in quite a pickle.”