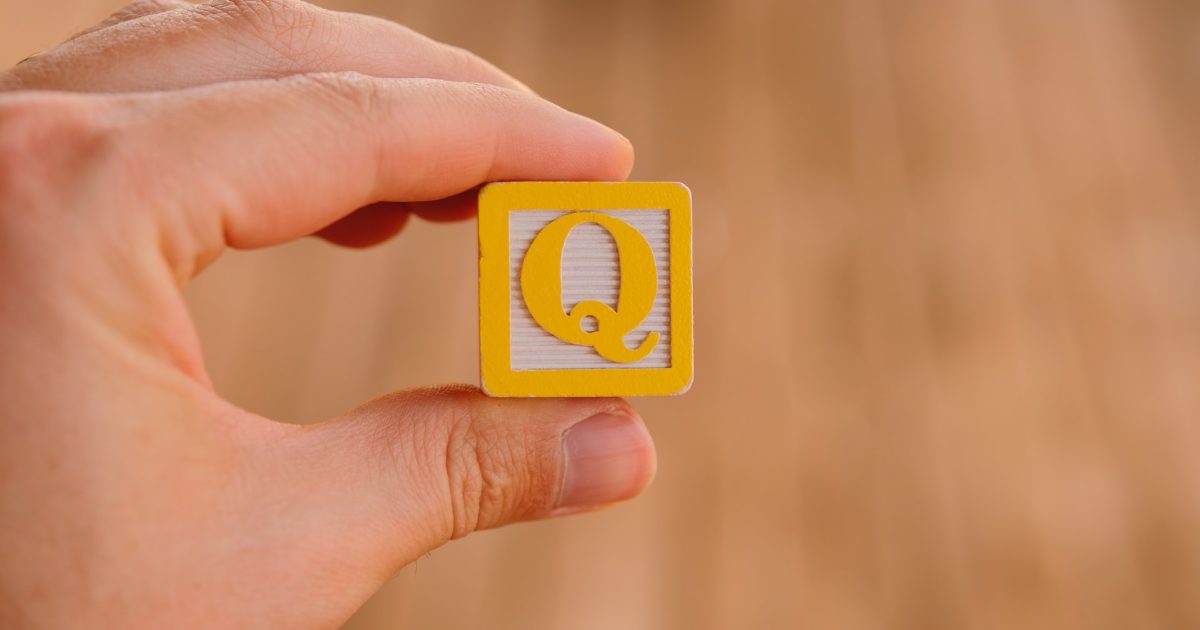 This insurrection was brought to you by the letter Q.

It is tempting to look at the pictures of Jake Angeli, the “Q Shaman,” and other assorted angry senior citizens, ne’er-do-wells, and couch commandos that stormed the Capitol last week and write them off as nut jobs and loons. That would be a mistake.

Deeper investigations and examination of pictures and video of the attack are exposing a much more dangerous element that was in the midst of the riot. The Atlantic does a good job of pointing out that there were many people in the crowd who had much more violent and bloody goals than just pressuring Congress to overthrow President-elect Biden. The photos of the gallows and reports that many in the crowd were calling for the execution of Vice President Pence are disturbing enough, but wait! There’s more!

There are also pictures of men in tactical gear and carrying zip-tie handcuffs in the Capitol. News of the “zip tie guy’s” arrest broke as I was writing this article. Nashville News Four notes that Eric Munchel also wore a holster that contained some object, possibly a gun or chemical self-defense spray. The presence of zip-ties carried by not just one but several individuals betrays premeditation and an intent to take prisoners, or more accurately, hostages.

We also know that guns and bombs were present. Pipe bombs with timing devices were found both at the Capitol and the Republican National Committee. An explosives sweep of the Capitol area turned up a truck with 11 Molotov cocktails, a handgun, and an M4 Carbine per the Department of Justice. The truck’s owner had two more pistols in his possession when he was arrested as he returned to his vehicle.

Added to the mix is the fact that many of the rioters had military and law enforcement backgrounds. Even more troubling is that quite a few of the perpetrators appear to be active-duty military and police.

Reuters reports that police officers from Rocky Mount, Va. and Seattle and firefighters from New York City had been placed on administrative leave after taking part in the protest pending a review of their actions last Wednesday. The New York Times reported that officers from Texas, Pennsylvania, and a New Hampshire police chief were being investigated for possible criminal activity at the rally as well.

Military personnel and veterans were also among the crowd and some took part in the rioting. An active-duty Army captain led a group of protesters from North Carolina but denies breaking the law. Not so for Air Force Lt. Col. Larry Rendall Brock Jr. (retired) who was photographed on the Senate floor in a combat helmet, kevlar vest, and carrying zip ties. Brock is now in federal custody in Texas per the Military Times.

Ashli Babbitt, the woman killed by Capitol Police during the insurrection, was another Air Force veteran. Babbitt served 14 years in the Air Force, part of which was ironically spent in an Air National Guard unit nicknamed the Capitol Guardians, says the Washington Post. After leaving the military, Babbitt became immersed in the QAnon conspiracy theory.

One of the most prominent military followers of QAnon is none other than Mike Flynn, President Trump’s disgraced former National Security Advisor. Flynn posted a video last July in which he administered the QAnon oath to a group of disciples.

We don’t have detailed information about the backgrounds of many of the other perpetrators of the Capitol attack, but I suspect that QAnon played a prominent role. You may think of QAnon as a weird but harmless conspiracy theory, but in reality, it is much more. The group was already on the FBI’s radar long before last week. In August, Yahoo News obtained an FBI document that labeled QAnon and other “conspiracy theory-driven domestic extremists” as a terror threat.

If you’d like to get up to speed on the QAnon conspiracy, an episode of the Stars and Stripes Military Matters podcast from October is an excellent primer on the group in less than 30 minutes.

In a nutshell, QAnon is less a formal group than a loose collection of people who share a common belief and commitment. The Q conspiracy had its origins in the Pizzagate conspiracy from 2016 which held that an international child-sex ring was being run out of a DC pizza parlor. In 2017, an anonymous user claiming to be a “Q clearance patriot” in the US intelligence community posted the first of many cryptic messages on an internet message board.

The Q messages paint a convoluted picture of a Deep State cabal (sound familiar?) that controls the US government and that is in league with corrupt Hollywood celebrities and prominent political figures. Child pornography and sex-trafficking allegations are still a prominent part of the Q conspiracy along with Satan-worship and cannibalism. Other aspects include a belief that President Trump is setting a trap for these dark forces in which they will be one day be arrested and tried for their crimes. In fact, Q has been predicting Hillary Clinton’s arrest for as long as he (or she or they, no one really knows) has been posting. Some also believe that JFK Jr. is still alive and will replace Mike Pence in the second Trump Administration.

There are many buzzwords around QAnon beyond the prominent display of the letter “Q.” Phrases like “the Storm,” “trust the plan,” and the hashtag “WWG1WGA” (where we go one we go all) are also telltale signs of QAnon. Even before the Capitol attack, there was a growing pattern of violent behavior by QAnon believers.

Per the podcast, military veterans are prime targets for QAnon recruitment because the conspiracy theory can appeal to their senses of honor, duty, and patriotism. Veterans’ knowledge of guns, explosives, and combat tactics and their access to networks of other veterans make them valuable to a group that believes it may be called upon to save America through another civil war. The same is true of law enforcement personnel.

As Washington Post contributor Travis View pondered on the Military Matters podcast, “What I worry about is what happens when QAnon followers stop trusting the plan because they still believe that this profound evil is still creeping into the United States. They still think that this cabal is in control. They still think that all these high-level people are doing unimaginably evil things to children. They still have that belief, but they may lose hope that this magical Q-team is going to come in like the cavalry and then save the day. When that happens I worry that they might think the best thing to do is take matters into their own hands.”

That is where we are now.

After Donald Trump’s lawsuits have failed, the states have certified their elections, the Electoral College has voted and the results tallied by Congress, it should be apparent to all but the most deluded Trump supporters that Joe Biden will become president on January 20. The Q crowd should be realizing that the Plan is a myth or at least that it isn’t working out as they were told.

I would be very surprised if most of the insurrectionists arrested for the Capitol attack were not eventually revealed to be QAnon adherents. For the Q group, Donald Trump’s re-election wasn’t just about politics as usual. It was about the last chance to defeat an unspeakable evil. People who hold such a belief could justify attacking the seat of American democracy and probably summarily executing members of Congress that they believe to be on the side of the devil-worshipping child rapists as well. It is worth noting that Brock wore a “Punisher” skull patch on his homemade uniform, a symbol which has been co-opted by QAnon.

Unfortunately, this probably also means that we haven’t seen the end of the violence. People who believe that they have lost all hope of saving their country and multitudes of children may well be desperate enough to wage a war against both the government and individual politicians and celebrities that they believe are part of the Deep State child-sex cabal.

It may also be a possibility that a QAnon fifth-column was a factor in the Capitol attack, although this is far from proven. Senator Amy Klobuchar (D-Minn.) is leading an investigation into the security lapses at the Capitol and while there is no confirmation so far that the rioters had inside help, the possibility cannot be ruled out. There are many unanswered questions about the events of last Wednesday, such as whether Capitol Police removed barricades and why one officer seems to be posing for a smiling selfie with the rioters.

So what should we do? First, we need an investigation into the backgrounds of the rioters to determine the extent of the problem. It seems likely that there is a lot of overlap between the rioters, military and law enforcement, and QAnon. If this assumption proves to be accurate, I believe that background checks should be conducted on all military and police personnel to determine whether they have ties to extremist groups such as QAnon, the Proud Boys, the III percenters, or the Boogaloo Bois. This is especially important for people with high-security clearances or in key security roles.

Police and military members do not give up their right to have strange political beliefs when they put on a uniform, but the public also has the right not to have members of radical conspiracy cults in important positions. There are many scenarios in which Q sympathizers could cause problems as bad or worse than what we saw in Washington last week.

Police officers and military members take oaths to uphold the law and defend the Constitution. The tragedy of the Q conspiracy cult is that many of these people believe that they are upholding their oaths while they are actually being used as pawns in an attempt to overthrow the government and destroy the Constitution.

Note: After publication, the story broke that two Capitol Police officers were suspended for alleged involvement in the riot. Further details are not available at this time. The story is here.