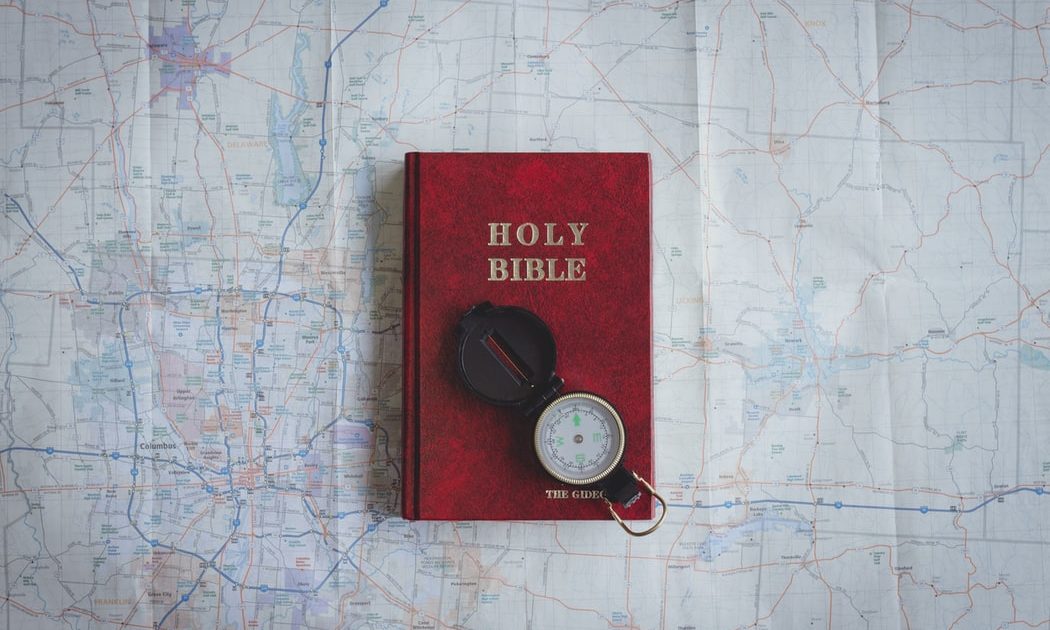 In these days of sharp political division, it seems that almost everything is split along partisan lines. Not only are we divided by which news sources we watch and read by which social media platforms we frequent, which sports figures we cheer for, and which celebrities we applaud. Sadly, it seems that religion is no different.

As with the antebellum American church, Christians today inhabit both sides of a political spectrum that is separated by a deep, malevolent mistrust. Both left-wing and right-wing Christians share the same Bible and both can be guilty of cafeteria-style Christianity in which believers pick what is appealing to them. They don’t necessarily reject the rest outright, but, like the Brussels sprouts sitting forlornly on the buffet line, many Biblical teachings just get ignored and left behind.

On the left, the most obvious of these is the issue of abortion. Rev. Raphael Warnock and other Democratic Christians have come under rightful criticism for advocating pro-choice policies. Abortion is difficult to rationalize under the Sixth Commandment, “You shall not murder.”

Some would say that Christians cannot be Democrats because of the party’s support for abortion. In my view, this is a mistaken belief. The Bible teaches that no one is without sin, but that we are saved by faith, not works. That would include not holding any unbiblical political positions. It’s a good thing for all of us that we don’t have to be perfect, we just have to accept God’s gift of forgiveness.

That’s especially true because there are other commandments that we run afoul of on a regular basis. Right after the admonition not to murder comes a prohibition on adultery, which is immediately followed by warnings against stealing, giving false evidence (lying), and coveting what belongs to your neighbor. These are commandments that might inspire many on the right, if they are self-aware, to lament “oh, me” rather than say “amen,” as one of my old pastors liked to say.

For example, in Deuteronomy 18:22, the Bible gives us a clear instruction on how to determine whether prophets are from God:

If what a prophet proclaims in the name of the Lord does not take place or come true, that is a message the Lord has not spoken. That prophet has spoken presumptuously, so do not be alarmed.

The Bible spends a fair amount of time warning believers about false prophets. In Matthew 7:15-20, Jesus said that false prophets are wolves in sheep’s clothing, but that they will be recognized by their fruit.

Likewise, Paul warned Timothy about a time when people “gather around them a great number of teachers to say what their itching ears want to hear. They will turn their ears away from the truth and turn aside to myths.”

A modern translation of “myths” might be conspiracy theories or fake news.

These days, a lot of people are claiming to have messages from God. Among these are Pat Robertson, who predicted that President Trump would win re-election, and Chris Reed, who claimed to have seen a vision of George Washington telling Donald Trump that he would lead a “second revolution to free America from the grips of socialism.” Reed told Sid Roth that God would intervene to overturn the vote count in Pennsylvania. Roth himself said in an October video titled “Jesus showed me the election results and what’s next” that “speaking from the future… I am going to proclaim that President Trump will be president of the United States.” Trump spiritual advisor Paula White declared two days after the election, “I hear victory, victory, victory, victory in the quarters of heaven.” A number of lesser-known self-proclaimed prophets have also voiced their messages from God in support of Trump’s victory.

To be clear, these aren’t just Christians who supported Donald Trump. They are people who said God told them Trump would win. This is a demonstrably false claim.

Hold up. A lot of Christian teachers have explicitly said that Donald Trump would win a second term and yet Joe Biden will be voted in by the Electoral College tomorrow.

Houston, we have a problem.

Few of these prophets have reversed themselves even after Trump’s electoral loss and subsequent losses in courts around the country. That presents a problem for the would-be prophets as well as the people who follow them. Let’s revisit the verse from Deuteronomy:

If what a prophet proclaims in the name of the Lord does not take place or come true, that is a message the Lord has not spoken

So, if what the prophets proclaim does not come true, then they did not present a message from God. That makes them false prophets.

Some of my readers may still hold out hope that these prophecies of Trump’s victory for a second term will eventually be realized. They won’t – at least not without a civil war – but whether you believe these statements to be false prophecies now or wait until January 20 to see them for what they are, the fact remains that the church should deal with the false prophets in its ranks.

So, how should Christians deal with false prophets? In Deuteronomy 13:1-5, the Israelites were told that, even if the words of prophets came true but they advocated following other gods, the prophet should be put to death.

Jesus said, “Every tree that does not bear good fruit is cut down and thrown into the fire.”

I’m not advocating that any of these people be put to death because, unlike the ancient Israelites, we don’t live in a theocracy. Stoning false prophets would violate the law and Christians should obey the just laws of the jurisdictions where they live. That means that we should not take the law into our own hands to kill false prophets or abortionists or seek to overturn election results that we don’t like.

In modern America, a more legal and less bloody course of action would be to put false prophets to a commercial and financial death. One way to do this would be to ostracize or excommunicate false prophets from the church if they do not repent and recant. As a minimum, they should not be trusted with positions of responsibility and leadership in the church. Viewers should tune out and their shows should be canceled. The worst thing the church can do, however, is to pretend that nothing happened and to continue to allow false prophets to mislead believers.

Ideally, people who preach false prophecies should admit that they were wrong. They can be forgiven by both God and their followers. For many, it can be difficult to accept the loss of money and power that this would bring. Celebrity status, wealth, and power can be dangerous idols, even for pastors.

Christians on the right correctly and justly call out false teaching and misapplication of scripture by the religious left, but Christians should be nonpartisan. We should be in the world but not of it. That requires us to hold both sides accountable.