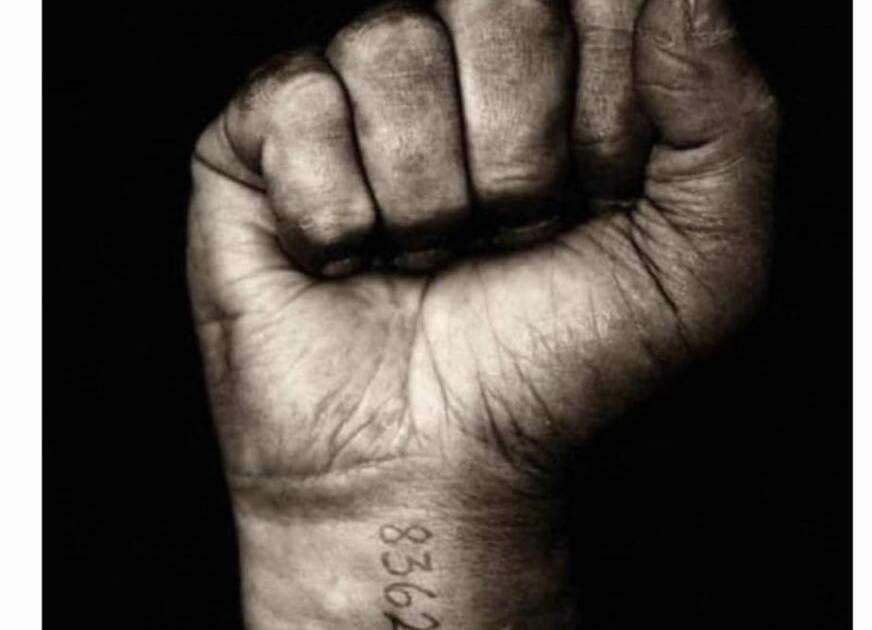 In my travels around the interwebs over the past few days, I’ve noticed a theme that seems to be popping up more and more. The theme is the idea that people who are not vaccinated against COVID-19 are now second-class citizens who are being persecuted in their own country.

This new theme is similar to the claims that Marjorie Taylor Greene put forth last spring that mask mandates were similar to the Holocaust, but the persecution complex is now spreading to people and outlets that were once considered serious. In a recent article in the Blaze, Steve Deace compared vaccine mandates to slavery while Thomas Massie took a page from Rep. Greene’s repertoire and, in a now-deleted tweet (see the screenshot above), compared vaccine cards to concentration camp tattoos.

Victim status, once considered to be a province of the left, is now being proclaimed by the right. But do the claims of victimhood really stand up to facts and logic?

The differences between slavery, the Holocaust, and a vaccination drive in the midst of a pandemic should be obvious. For starters, African slaves and European Jews had no control over their status. They were born black or Jewish and nothing that they could do would change that. In Germany, even Jews who were so fully assimilated that they didn’t know they were Jewish were shipped off to the concentration camps along with Orthodox, practicing Jews.

So what are the consequences? Some employers and schools are requiring vaccinations, but in many cases, there are alternative methods of compliance for those with religious objections. These alternative methods of compliance often include periodic COVID testing and mask requirements. The problem isn’t that the COVID anti-vaxxers are being forced to get the vaccine, it’s that they don’t want to be required to take any action at all to mitigate the spread of the disease.

Earlier this week, Delta Air Lines became the first company to raise health insurance premiums for unvaccinated employees. This is not a mandate, but it is an incentive to do the right thing. Does this constitute harassment of vaccine skeptics? No, because there is a valid reason for the company to pass along this surcharge, namely that it needs to stem the financial losses from providing care for unvaccinated employees.

“The average hospital stay for COVID-19 has cost Delta $50,000 per person,” CEO Ed Bastian said in an employee memo announcing the policy. “This surcharge will be necessary to address the financial risk the decision to not vaccinate is creating for our company.”

“In recent weeks since the rise of the B.1.617.2 variant, all Delta employees who have been hospitalized with COVID were not fully vaccinated,” Bastian added.

So we have valid reasons for more restrictive rules on those who refuse to be vaccinated, which are a self-selected group, rather than an ethnic minority being singled out for persecution. Unlike Holocaust Jews and African slaves, all the unvaccinated have to do to escape the restrictions, which pale in comparison to concentration camps and slave plantations, is to get vaccinated.

That pretty much destroys the claims of unjust persecution, but is there precedent for singling out people who refuse to be vaccinated? Well, yes, now that you mention it, the US has had vaccine requirements going back more than 100 years. The first vaccine requirement in the US dates back to an 1850 Massachusetts law that mandated the smallpox vaccine for public school students.

Today, all 50 states mandate several vaccines for school enrollment and, as a result, many of the diseases that we vaccinate for are rarely encountered in the US. The military mandates even more vaccines for recruits and international travelers can expect to get even more shots. If you don’t get the required shots, you can’t go to school, join the military, hold certain jobs, or travel outside the country, but for some reason, this was never considered persecution until now.

A forgotten bit of American history is the story of “Typhoid Mary,” an Irish cook who was an asymptomatic spreader of typhoid fever. Mary was forcibly quarantined but released on the condition that she would stop cooking, which allowed her to spread the disease. When she started working at kitchen jobs again and causing more outbreaks, she was quarantined for the rest of her life. The restrictions that the unvaccinated face today are mild by comparison.

As far as Delta’s financial surcharge, that is not unprecedented either. I’ve worked for companies in the past that give financial incentives in their health insurance for employees who don’t use tobacco or who get annual physicals. These aren’t punishments as much as they are passing along the costs of bad decisions.

I’m still seeing frequent arguments that have been debunked months ago. Among these are the idea that vaccines are worthless since they aren’t 100 percent effective when in reality, they reduce your chances of being infected and the severity of illness in a breakthrough infection. Some claim that the vaccines have not been tested on pregnant women when a cursory internet search quickly turns up several recent studies confirming the safety of COVID vaccines during pregnancy. Others say that vaccines don’t slow the spread of the disease. However, not only do they slow the spread by preventing infection, there is evidence that they reduce transmission in breakthrough cases. Some claim that the vaccines are dangerous, but with more than 5 billion doses of the vaccines administered, all have proven to be very safe with very few serious complications.

The sheer volume of misinformation floating around cyberspace makes it impossible to address every conspiracy theory and lie. To paraphrase Ronald Reagan, it isn’t what the anti-vaxxers don’t know, it’s that they know so much that isn’t so. The scientific and medical information is being drowned out by the political voices of grifters and conspiracy theorists.

The shift toward claiming victim status to avoid the consequences of bad decisions is not necessarily a new phenomenon on the right, but it is an unfortunate one. It is symptomatic (pun intended) of the right’s movement away from traditional conservatism and toward something very different.

Worth noting is that a federal judge in Michigan re-leashed the Kraken legal team yesterday. Not only is the Kraken back on the leash, but the court spanked them with a rolled-up newspaper and called them bad dogs.

I haven’t read the full document, which is linked in the tweet above, but the judge called for sanctions against Lin Wood, Sidney Powell, and others. The Kraken attorneys will be forced to pay legal fees for the State of Michigan and the City of Detroit and will have to take continuing education courses. The lawyers may end up being disbarred for their actions in the frivolous lawsuit.

The judge noted, “This case was never about fraud — it was about undermining the people’s faith in our democracy and debasing the judicial process to do so.”

Justice is being served. Get it while it’s hot.