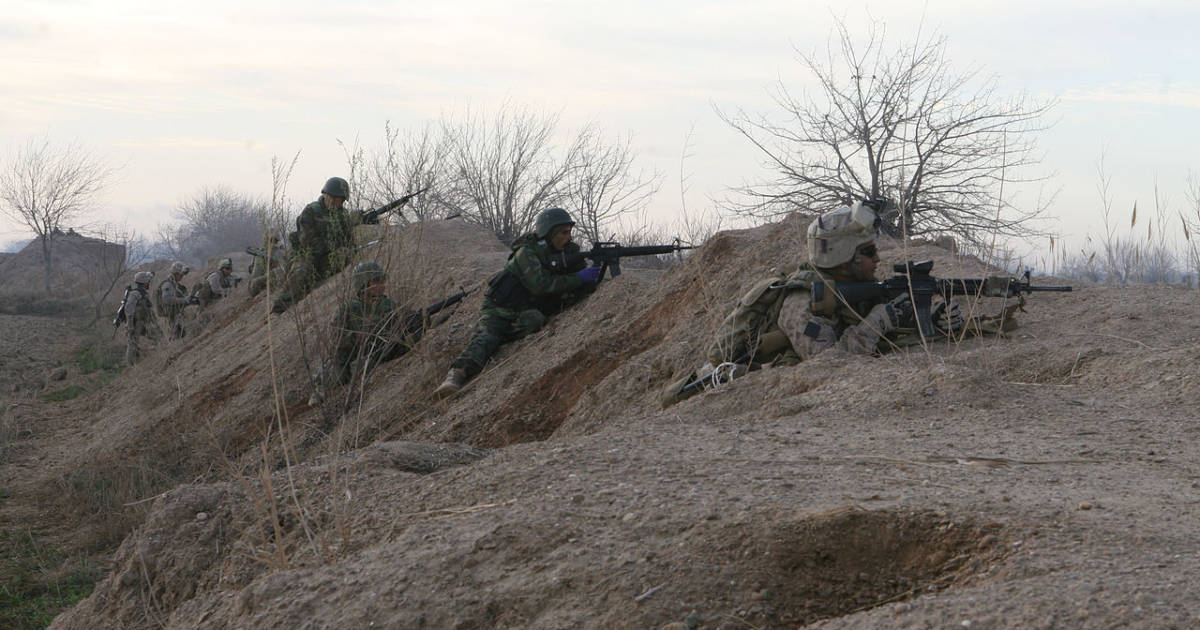 No, I’m not referring to advocating more deficit spending for whatever their base wants. But okay, maybe there are two things the parties agree on. The one that I originally had in mind was withdrawing from Afghanistan, however.

If American soldiers are still in Afghanistan on October 7 of this year, the Afghan War will be 20 years old. That is older than many of the soldiers who are fighting it today. Long considered “the good war” when compared with Iraq, both parties have decided that enough is enough and it’s time to come home.

Late last week, Reuters reported that US forces had left Bagram Airbase, the epicenter of US involvement in Afghanistan. Earlier this week, the Pentagon announced that the US withdrawal was more than 90 percent complete. President Biden announced in May that the US will withdraw completely before the twentieth anniversary of the September 11 attacks. That has now been moved up to August 31.

President Biden may be presiding over the retreat from Afghanistan, but our ally’s fate was decided before the election. The Trump Administration promised the Taliban to withdraw in a February 2020 agreement in which the Taliban agreed to sever ties with al Qaeda and stop attacks on US troops. The agreement did not include peace with the Afghan government and predictably, as the US leaves Taliban fighters are on the offensive. Abandoning allies to defeat is a strange way of making America great again, but this isn’t the first time that Trump has done so.

With withdrawal imminent, there seem to be two possible scenarios for the final stages of the Afghan war. The first is the Vietnam scenario in which the US-supported government is abandoned to the tender mercies of their opponents. The second is the Iraq scenario in which the US is forced to redeploy troops to the region to avert an even greater catastrophe.

My money is on the Vietnam scenario. The Taliban is already surging and the US has no intention of looking back once we leave. I don’t think that the Taliban will present a regional threat as ISIS did in Iraq, but there will be hell to pay for the people of Afghanistan, particularly those who trusted America.

And that’s the real lesson here. The bipartisan retreat from Afghanistan is yet another reminder to the world that Americans are not to be trusted. The world is learning that you don’t have to beat us on the battlefield, you just have to survive long enough for us to get tired and quit.

No matter how the Afghan withdrawal is marketed, it is an American defeat. We are leaving and the Taliban will take control of the country once again.

Could we have won the war? It depends on what you think victory would look like. I don’t think anyone harbors illusions that Afghanistan is going to become a Jeffersonian democracy any longer, but we could have maintained a status quo of relative peace and denied the Muslim extremists a national base from which to launch attacks on the world.

In 2020, the US lost only 10 service members in Afghanistan. Only four of those were killed in action. In 2019, before Trump’s deal with the Taliban, only 20 Americans were killed. Although each life lost is tragic, that loss rate is astonishingly low for a combat theater and could have easily been maintained.

The cost of one of two American losses per month kept the country free and prevented untold numbers of massacres and atrocities by the Taliban. We may find that withdrawal is more expensive in terms of both lives and dollars than staying.

Each American death in Afghanistan was tragic, but to me, it seems much more tragic for them to have died in vain.

I don’t blame our military for losing Afghanistan. We weren’t defeated on the battlefield. I blame our politicians and the voters who put them in office.

I’m sure that there will be celebrations as the last American combat troops come home from Afghanistan but will we still be celebrating when we see pictures and hear news of the Taliba recapturing the country and murdering opponents? Will we even pay attention?

You can bet that America’s rivals will.