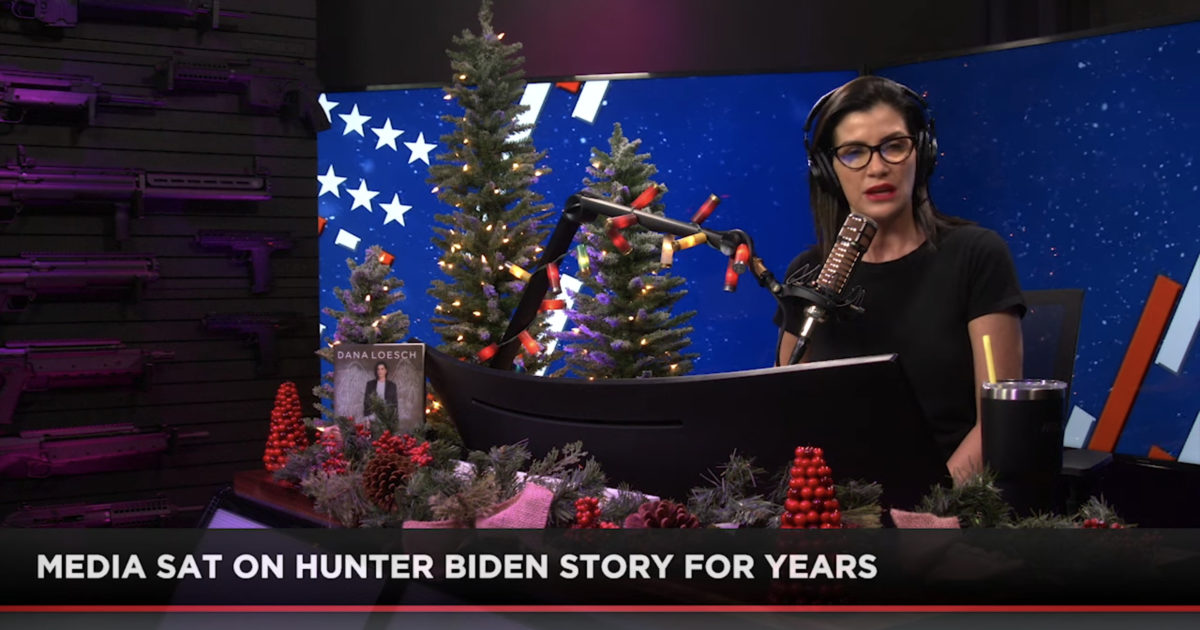 Dana Loesch on Thursday called out the “rat bastards” in the corrupt media for burying the fact that “man-child” Hunter Biden has been under federal investigation since 2018 for his overseas business dealings.

She added that she apologizes for nothing that she has said about the “activists” in the “non-free press” as they continue to prove themselves fully deserving of every criticism. Loesch also called out the DOJ for “pausing” their investigation so as not to affect the outcome of the election.

“They sat on an investigation… the media knew about it! If ever there was a time for you to be absolutely outraged at the fourth estate, this is it!”