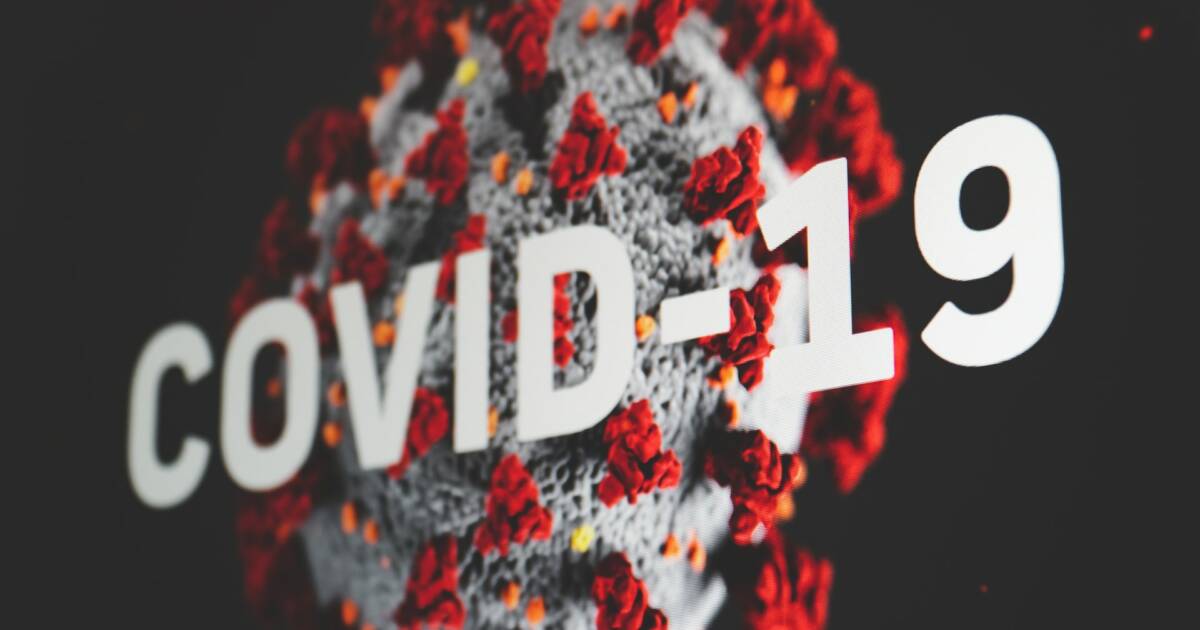 In my travels around the interwebs, I’ve seen several recent posts that claim that “Democrats” have suddenly changed “in unison” to take up the same positions that COVID skeptics held in 2020. The tweet below is one example of the posts I’ve seen, along with others making the allegation that mandates are being lifted around the country on the spurious notion that the “science has changed” when nothing is really different.

Oilfield Rando and the others are wrong. The fact is that there is a big difference between what is happening now and taking a laissez-faire position on the pandemic two years ago.

There are several really obvious reasons why things are changing. One of the most obvious of these obvious reasons is that the Omicron surge is ending. The current seven-day moving average is less than 254,000 new cases a day and trending lower. That’s down from more than 806,000 in mid-January.

A second obvious and important reason is that we now have vaccines. Two years ago, there was no defense against the Alpha strain of COVID-19. Now we have vaccines that can protect against both infection and serious illness. That is a YUGE difference between 2020 and 2022.

Current vaccination data is disappointing but shows that 76 percent of Americans have at least one dose, 64 percent are fully vaccinated, and 27 percent have been boosted. That isn’t nearly enough for herd immunity, but it does mean that people who want to be vaccinated and boosted have had the chance to do so.

For a long time, we’ve talked about how the vaccinated shouldn’t necessarily have to keep using mitigation strategies to protect people who refuse to protect themselves. Maybe we are at that point now.

Additionally, we also have treatments coming online for those who contract serious cases despite either their vaccinations or lack of such. Both Pfizer and Merck have developed new antiviral pills that are effective against COVID-19, but the treatment needs to be started soon after the infection.

Finally, unlike the early days of the pandemic, N95 masks are now plentiful and we know that they do more than just contain the virus and prevent it from spreading. N95s protect the wearer as well as the unvaccinated, unmasked masses around them.

As a vaccinated and boosted person, I seldom wear a mask these days, but I have no quarrel with those who do. I think that many people who are in higher-risk categories will choose to wear masks for a long time. And that’s okay.

The honest truth is that the current situation is very different from the situation back in March 2020 when the world stood still. At that point, the virus was on the loose and we knew very little about it. A lot of what we thought we knew turned out to be wrong. On both sides. For example, we didn’t understand the role of asymptomatic transmission in the early days, but that factor made it wise to advocate widespread masking.

For another example, it wasn’t the “lockdowns” that caused the economy to stop. An August 2020 paper by the National Bureau of Economic Research found that the collapse hit all states regardless of stay-home policies. Likewise, essential jobs were impacted less by layoffs than nonessential services like travel and leisure. People stayed home to avoid the virus, not because government told them to.

A lot of people thought that the mitigations were meant to last forever. That was never the case, but as the pandemic lingered and new waves with new variants kept hitting, one after the other, it was hard to tell when to remove the mitigations. It wasn’t necessarily wrong to delay removing mask mandates and the like because there was a price to pay in terms of lives for the rush to return to normal. In terms of per capita deaths, the top ten list is dominated by red states with liberal (read that as “not restrictive”) COVID rules.

In any situation where 50 states can make 50 different decisions about timing, some states will react too early while some states will wait much too late. As with many things in life, the smart money is not in being an early adopter or one of the last to change, but in being around the middle of the pack.

It’s not only a good thing that the states move at different speeds, it’s the way it’s supposed to be. It’s a feature of our system rather than a bug.

In fact, one of the mistakes we made at the beginning of the pandemic was in imposing nationwide shelter-in-place orders rather than realizing that the virus had yet to spread to much of the country. Such orders should have been based on local virus levels rather than a one-size-fits-all policy. (Although to be fair, testing and contract tracing problems meant that authorities had very little idea of the extent of the spread.) The reverse is true as mandates are being lifted. Local conditions need to be taken into account.

So to get back to Oilfield Rando’s point, it would have been stupid to drop all attempts at mitigation two years ago when the virus was first starting to rage across the country. The US has already suffered 907,000 COVID deaths (the number is probably higher due to strict rules about what counts as a COVID death and lack of testing in the early days) and we will undoubtedly top one million dead before the crisis is over, but it would have been much worse if public health authorities had not acted to slow the spread until vaccines could be offered on a widespread basis.

Although public opinion may play a role in nudging some authorities to lift mandates in areas where virus levels have dwindled, that still doesn’t mean that the changing science wasn’t taken into account. Again, that’s how our system is supposed to work. Government officials need to be able to balance the factual nature of the threat with public sentiment and balance the two.

What many of the opponents of COVID restrictions won’t acknowledge is that for most of the pandemic, public opinion has been in favor of mandates. That includes Pew polling as recently as September 2021 that found that respondents believed restrictions were worth the cost by a two-to-one margin and majority support for vaccine mandates. Even more recent polling still shows the public closely divided with no broad groundswell of resistance to mitigation strategies, although they do show a decline in support for mask mandates.

A lot of people seem to have moderate opinions on the issue that fall between business-as-usual and total lockdowns. That shouldn’t be surprising because it’s a sensible place to be.

The fact that mask mandates are going away isn’t because people like Oilfield Rando have finally won the argument and persuaded health authorities that they were right. It’s because the objective facts of the situation have changed, and mandates that were never meant to be permanent are being lifted because they are no longer necessary.

We’re getting to the point where it is going to be up to each individual to protect themselves from the disease. It should be apparent to all that COVID-19 isn’t going away. Either protect yourself with vaccines and boosters or you’ll eventually get it and risk your life and health. Again and again.

As an aside here, I’m going to say that it seems like I’ve known more people to get COVID over the past month than over the past two years.

My observations are anecdotal, but I don’t know anyone who was vaccinated who has died from the virus (or from the vaccine for that matter.) My wife has lost a relative to COVID in recent weeks and we know others who are seriously ill and not expected to live. As far as we know, these serious cases are almost all unvaccinated.

The one serious case I know of in a vaccinated person is an older acquaintance who received a booster. He told me in January that he had been fighting COVID for three weeks, but serious is a relative term. In his case, it meant lingering cough and fatigue. He wasn’t on a ventilator like other people that I know.

Since the beginning of January, both of my kids, who are vaccinated without a booster, have had COVID as well. First, my 17-year-old son tested positive and had a mild case. We thought my 13-year-old daughter had it as well but didn’t test her. A few weeks later, she was sent home from school due to a close contact. A few days after that, she developed a cough and tested positive. Her case was like a bad cold or very mild flu.

The interesting thing is that my wife and I, both of who have had boosters, never got sick. I tested negative before a trip in January and didn’t bother testing again, but we really didn’t make an effort to isolate or mask at home while the kids were sick.

Anecdotal evidence is one data point rather than a trend, but my experience indicates that boosters work. If my and I ever had the virus, it was so mild that we didn’t know it and that’s still a win for the vaccine.