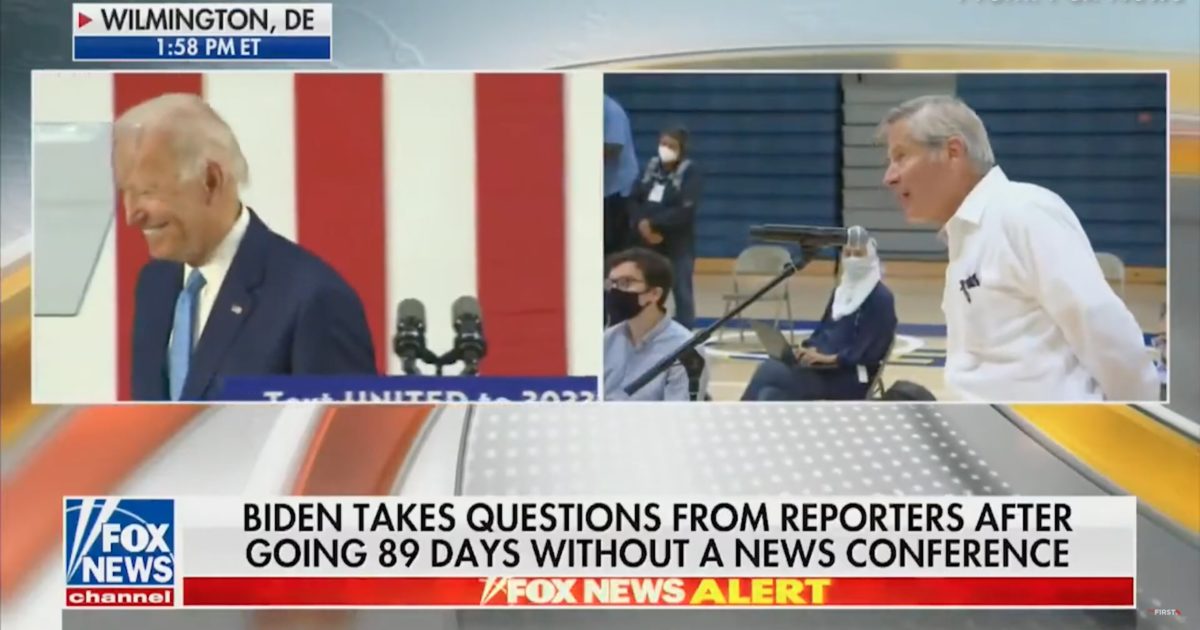 Presidential candidate Joe Biden held his first press conference in months this week and managed to avoid any disastrous gaffes this time around.

But that didn’t stop Buck Sexton from having some fun with one particular question the former “VP” received from a member of the press:

Reporter: “Have you been tested for some degree of cognitive decline?”

Buck was not so sure that Biden understood the question and highlights how convenient it is for him to not hold rallies per “the doctor’s orders” when he has struggled to gather even a small crowd at several events.

Sexton rebuked some of his comments about President Trump saying, “Retreat to me is going back into lockdown! Retreat is thinking that there is a future for America in a series of rolling lockdowns…”