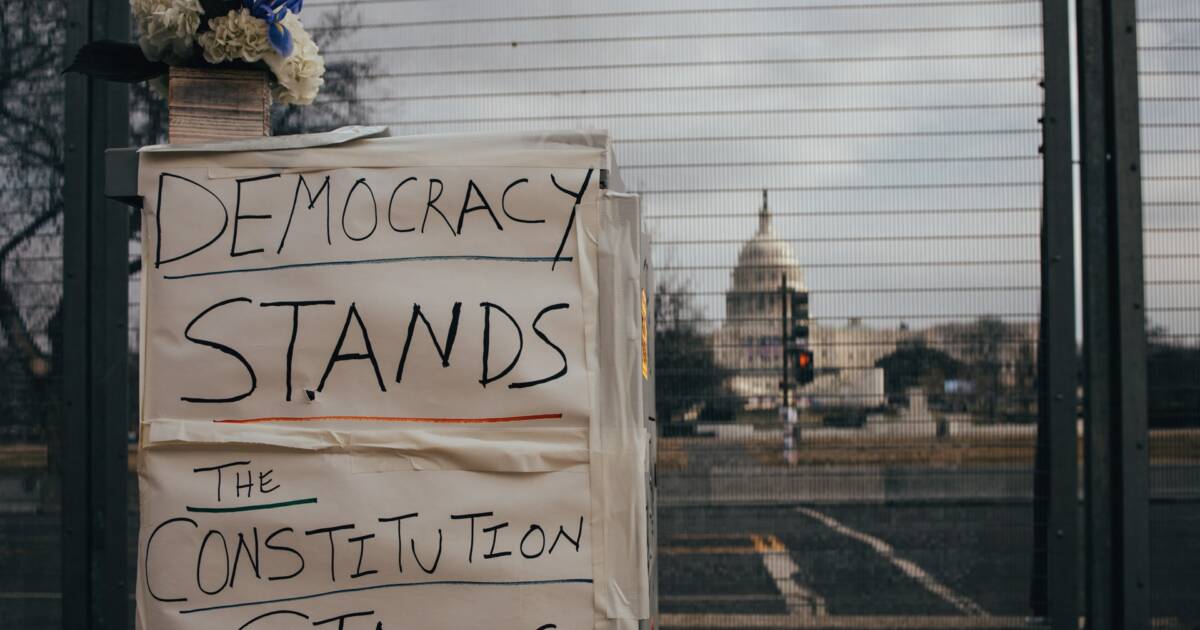 A great many Trump apologists have poohpoohed the impact of the January 6 hearings. As the hearings began, these pundits pointed to television ratings for the primetime kickoff of the public hearings and questioned whether anyone was paying attention. Now, weeks later, it appears that the message is getting through.

I have to confess that I haven’t watched much of the hearings either. I’m just not the sort of person to park myself in front of the television during the day, even assuming that I don’t have to work. I haven’t been glued to the set, but that doesn’t mean that I’m not paying attention.

Other Americans are paying attention as well. A new AP poll released this week found that almost half of Americans believe that Donald Trump should be prosecuted for his role in the Republican attempt to steal the 2020 presidential election. The results showed that 48 percent believed that Trump should be charged while only 31 percent disagreed. A further 20 percent were not sure.

What’s more, this is not a one-off result. A new Yahoo News survey found a statistically similar result only a day earlier. This poll found that 52 percent favored prosecuting Trump compared to 44 percent who were opposed.

Yet another recent poll, this one from Ipsos, found even higher support for prosecuting Trump. This survey showed 58 percent in favor of charging Trump and, because Ipsos asked the question in April, we can see that this number has ticked up slightly since the hearings began.

Predictably, the results were skewed along party lines with high levels of support among Democrats and only 10-14 percent of Republicans favoring charges. Independents were evenly split.

The important point here is not to predict that Trump will be charged. I’m not sure he ever will be or that he would be convicted if he was (although in a perfect world he would be).

Instead, these polls are a caution to Republicans against renominating Trump. The same Yahoo poll shows that voters are overwhelming against Trump running for the third time in 2024 (30-55 percent) yet the Republican respondents favored another Trump run by 56-27 percent. These Republicans are stuck on stupid.

Literally for years before the 2020 election, I pointed out that Donald Trump was very unlikely to win because he had alienated so many voters. As far back as 2019, 46 percent of voters were refusing to even consider voting to re-elect Trump. It’s very difficult to win an election when nearly half the electorate is strongly against you. Trump got less popular from there and motivated Americans to turn out against him in droves.

And it has gotten worse since then. Despite what many Republicans will tell you, January 6 matters. In the days following the attack on the Capitol, I watched many longtime Republican voters say that they would never vote for Trump again. They might not vote Democrat but they might well stay home or, as Georgia elections officials pointed out about the 2020 election, they might just skip the presidential race and vote for down-ballot Republicans.

Let me state this plainly: It is nearly impossible to win an election when half the voters think you should be in jail.

I have seen signs that the January 6 committee’s message is penetrating into Trump’s GOP base. Just yesterday, I was working with a coworker who was a big Trump supporter. Just a few months ago, this person was anxious for Trump to run again, but yesterday he mentioned that he had been talking with his father and they had both decided against supporting Trump in 2024. He did, however, acknowledge that they would vote for Trump if he was the nominee.

Trump is fading, and the January 6 committee hearings are helping to speed that process along. With all the damaging information that is coming out, it is no wonder that Republicans tried everything they could think of to scuttle and undermine the investigation.

But Mitch McConnell and Kevin McCarthy’s best efforts not only failed, they backfired. The lack of Republican participation on the committee means no distractions from the testimony that is being provided by Republican witnesses who saw Trump’s corruption firsthand.

And it’s only going to get worse. These polls were taken before the devastating and gripping testimony of Cassidy Hutchinson. Hutchinson’s stories of The Former Guy trying to grab the wheel of the presidential SUV and hurling plates against the wall have captured the attention of the country, but there are many more witnesses to come.

Thank God for Republicans like Liz Cheney and Adam Kinzinger who put country and principle ahead of their party and their own political aspirations. The few Republicans who stood up and called for Trump to be held accountable will be remembered as profiles of American political courage, something that is lacking in far too many elected officials.