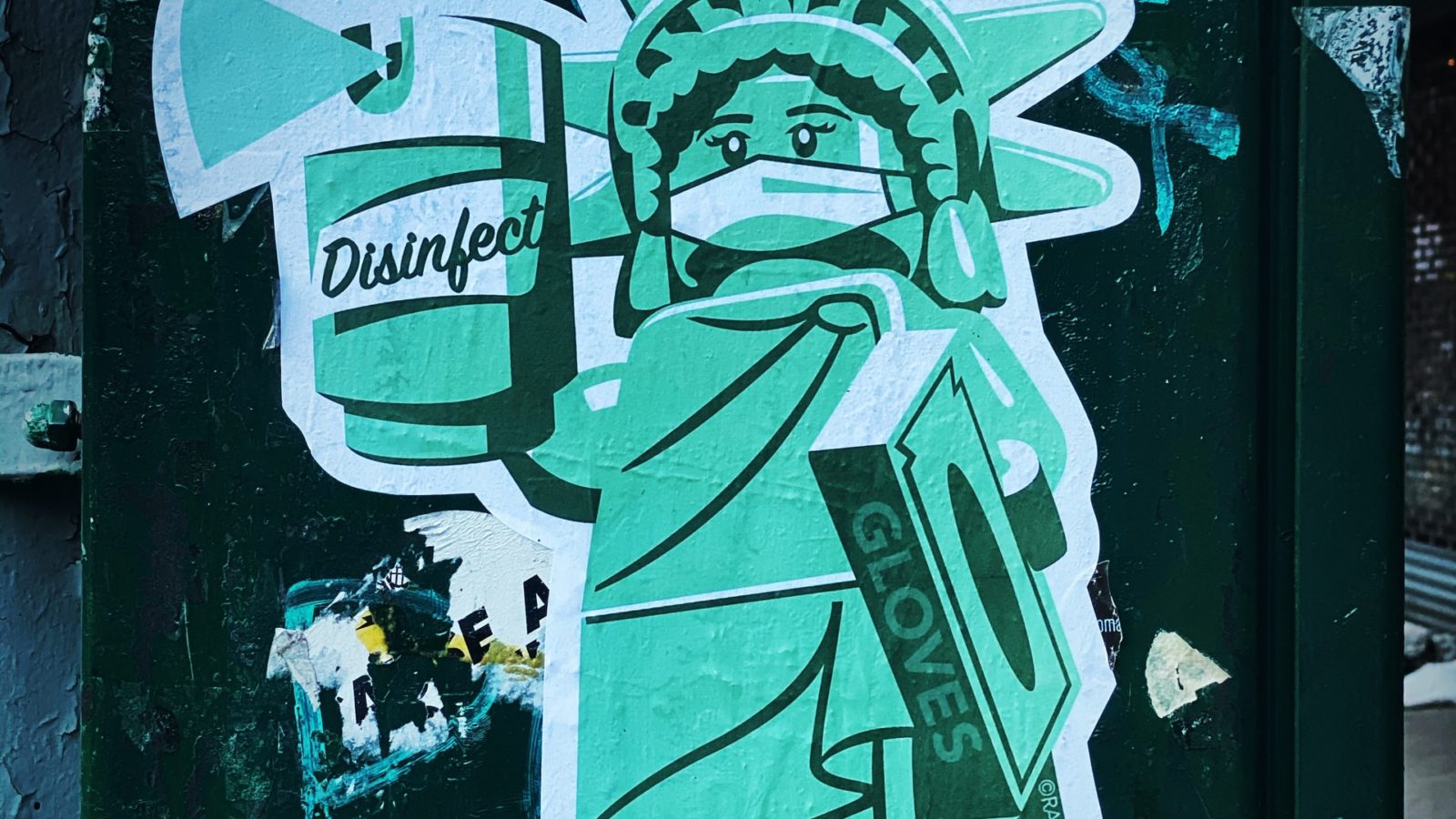 Coronavirus continues to surge around the country. At this point, most Americans probably know someone who has had COVID-19 and many of us know people who have died from the disease. Both numbers are going to increase over the next few months.

While my immediate family has not yet been hit with the virus, there have been many cases among my extended family and friends. So far, I’ve known two people who have died from COVID-19.

Over the past few weeks, I’ve followed the case of my childhood neighbors. I won’t mention their names, but the entire family was infected shortly before Thanksgiving. When I say the entire family, I mean the parents, who still live next door to my parents, as well as their two middle-aged sons and their families.

The most serious case was the oldest son’s wife, Kelley, who is in her mid-40s. After developing breathing problems at home earlier this week on about the tenth day of her infection, she was taken by ambulance to a nearby hospital, where she sat in the emergency room for five hours without being admitted. Her family hadn’t come with her because they were all under Coronavirus quarantines, but her husband eventually drove to pick her up and took her to a different hospital where she could be seen immediately.

She initially improved in the hospital, but about two days ago, her oxygen levels started dropping dangerously low and her husband posted that she was “tired from struggling to breathe.” If you’ve read much about the medical aspects of Coronavirus, you know her case has followed a common pattern. After giving her oxygen, she was moved into the ICU last night. Kelley and her family could use your prayers.

“COVID is no joke,” her husband posted on Facebook four days into his own illness and a week before his wife went to the hospital.

If there is any good news from the Coronavirus pandemic, it is that the end is in sight. Several vaccines are nearing approval and, with their widespread distribution, herd immunity will become a reality. Hundreds of thousands of lives will be saved by their unprecedented quick development and deployment.

Unfortunately, even with vaccines on the horizon, the bad news seems to outweigh the good. The US is setting records almost daily for new infections, hospitalizations, and deaths. The seven-day average for new cases in the US is nearing 200,000 per day while daily deaths are close to an average of 2,000 per day. For all but the first day of December, we have lost more Americans to Coronavirus than we lost in the World Trade Center on September 11.

The ugly truth is that those numbers are all getting worse as the wave of Thanksgiving infections comes in and will continue to do so as Christmas celebrations continue. Another ugly truth is that many of them will have been preventable deaths.

The ugliest of truths is that America has not handled the pandemic well. Rather than pulling together as the greatest generation did in World War II, we have devolved into political infighting, finger-pointing, and conspiracy theories.

Neither side can brag about their reaction to the crisis. On the left, demonstrators took to the streets, often ignoring social distancing and mask guidelines while the right denounced any restrictions as unconstitutional tyranny in the name of fake or overblown threat. Both sides were wrong.

Both sides were also right. Whether they intended it as a club to bludgeon President Trump with or not, Democrats were right to take the virus threat seriously. Republicans were correct that the country cannot stay shut down indefinitely.

The problem has been made worse by hypocrites who believe that Coronavirus guidelines are for thee and not for me. Again, this applies to both sides. The White House superspreader event in the Rose Garden is an infamous example of the predictable consequences of flouting medical advice, but what are people to think when mayors, governors, and congressmen preach mitigations and restrictions for the little people but then go out to their favorite restaurants or jet off to Cabo for the holiday? Whatever happened to leading by example?

We must also acknowledge that President Trump’s leadership on the issue has been lacking. Many conservatives have complained about the fact that “15 days to slow the spread” has turned into 263+ days, but the truth is that the 15-day plan originated with Donald Trump at a time when the medical experts were saying that the crisis would last months, a year, or more. Much of Trump’s advice on the pandemic has been bad and he is also guilty of setting a poor example for the country.

Here is the truth: Coronavirus is a real and deadly threat. That some people are hypocrites doesn’t make it any less dangerous. Regardless of what the elites do, it is your responsibility to protect yourself and your family.

The economic reality that businesses cannot stay closed indefinitely and that most people cannot stay home for long periods. This reality must be balanced with the need to isolate the virus to slow its spread. Congress should have acted months ago to pass more pandemic relief for American families and businesses. People who have been exposed should be compensated for their time in quarantine and businesses who comply with guidelines should be rewarded rather than punished.

I’m a fiscal conservative and deficit hawk, but the pandemic is the rarest of occasions in which throwing federal money at the problem is the right solution. If we can afford to run up the debt for a border wall or a Green New Deal or tax relief or more entitlements, we can afford to compensate Americans for following guidelines to slow the spread of a deadly virus. This would be the federal government acting for the general welfare of the country when Americans need it most.

Christians should be taking the lead on helping the sick and the financially distressed rather than embracing conspiracy theories and rejecting medical science. We believers should be at the forefront of efforts to keep our fellow Americans safe and healthy. People who are pro-life should be willing, even eager, to take simple steps to save lives. Rondell Treviño said it best on Twitter:

The bottom line is that to get the country back to normal, we must end the pandemic rather than pretending that the pandemic does not exist. The economy will recover when the virus is gone, not before. Churches and businesses will reopen at full capacity when it is safe. Forgoing gatherings in the meantime is not tyranny or fear but rather an acceptance of medical reality and common sense. Warning against Christmas gatherings is not a veiled attack on religion.

The end of the pandemic is in sight, but we still have difficult months ahead. With the virus spreading at unprecedented levels, now is not the time to abandon masks and social distancing. Doing so means that many more Americans across the country will face the same anguish as Kelley’s family.

Update: 12/6 – Kelley was placed on a ventilator this morning.