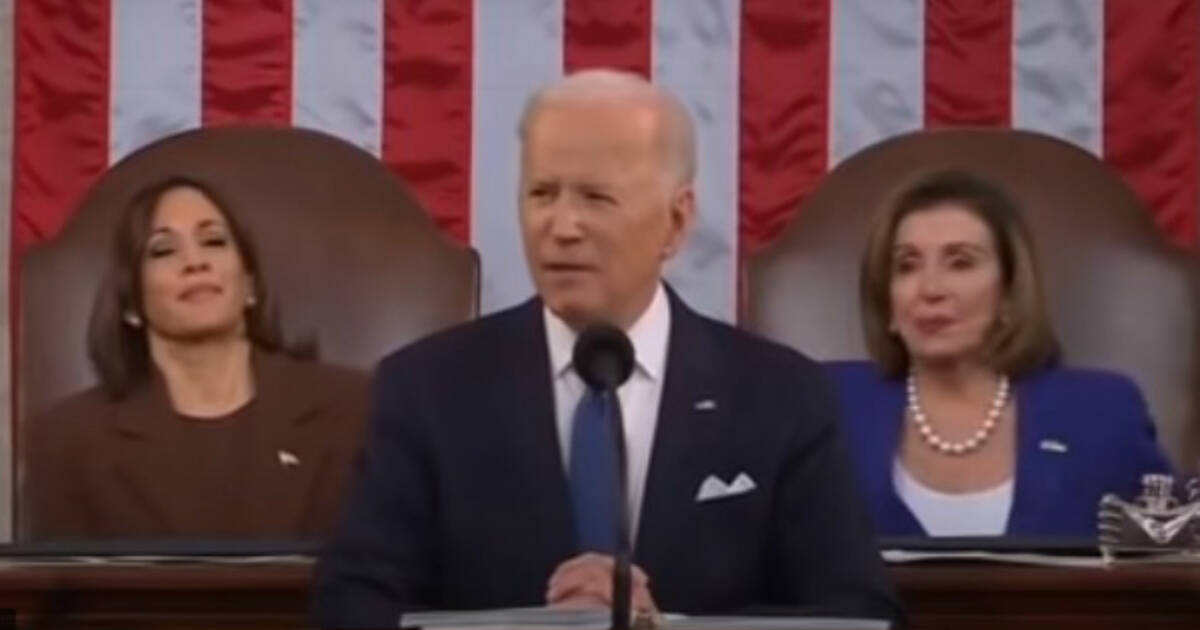 President Biden delivered his State of the Union last night, and as is normally the case, the hot takes are a Rorschach test of political perception. If you like Biden, you liked the speech. If you don’t like Biden, you saw it as a hot mess.

There’s really nothing new about that. If Joe Biden and Donald Trump delivered the same speech, their respective partisans would both declare it to be great, although they might cheer different parts.

In my view, expectations for the speech (transcript and video here) were pretty low, and the president mostly met them. This is was due to both the dumpster fire situation that America and the world find themselves in and the continuing allegations that Biden is “Grandpa Dementia.” That the president could find anything positive to say and then say it without looking like a drooling idiot meant an automatic hit with extra bases if not a home run.

Even taking the soft bigotry of low expectations into account, Biden did well. The beginning of the speech, which concentrated on the situation in Ukraine, was strongest and received warm, bipartisan applause. Much of the country seems united around Ukraine, although not necessarily behind Biden’s handling of the crisis. Some Republicans, such as Mitt Romney and Condoleeza Rice, have lauded Biden’s efforts, but most can’t find anything nice to say, even if, like The Former Guy, they can’t say exactly what they would do different.

The Ukraine crisis may have actually helped Biden by giving him something to talk about aside from inflation and the failed Democratic agenda for 2021. The problem was that the section about Ukraine seemed to be stapled onto the beginning of a 2020 stump speech.

The litany of programs that accompanies a SOTU is always my least favorite part. Usually, about 90 percent of the partisan wish lists never become law, but it does become fodder for activists on both sides. This was both good and bad for Biden last night.

It was good because a lot of the individual items that President Biden advocated will be popular with voters. A great many parts of Biden’s agenda are popular with voters on an individual basis but then lose support when partisan lines are drawn. These include ideas such as allowing Medicare to negotiate drug prices and government aid for child care.

The policy rundown also helps to dispel some incorrect notions about what Biden’s policy is. For example, if you haven’t listened to Biden but only listen to people talk about Biden, you probably didn’t know that he has never supported defunding the police or open borders (which almost no one really supports). Two moments from last night’s speech that could have been delivered by a Republican were when Biden said, “The answer is to FUND [emphasis his] the police with the resources and training they need to protect our communities,” and “we need to secure the border and fix the immigration system.”

The downside for the partisan wish list is that it isn’t going to go anywhere. This is basically the same list of proposals that Democrats have tried to push through over the past year. It didn’t go anywhere then and it is unlikely to go anywhere now because the congressional math has not changed. Unless the Biden Administration can sweeten the pot enough to bring Joe Manchin, Kirsten Sinema, and maybe even some Republicans on board, they are just talking into the wind.

As a conservative, I didn’t find a lot to agree with in the details of Biden’s wish list but that isn’t to say that I found nothing. There are areas of agreement between the two parties and that is where Biden’s focus should be. Passing legislation requires bipartisan coalitions, not pandering to wingnuts.

On COVID, Biden promised to continue to work for vaccines and treatments including being able to deploy vaccines against new variants within 100 days. Biden also called for continued free vaccines, post-infection treatments, tests, and masks.

“It’s time for Americans to get back to work and fill our great downtowns again,” Biden said. “People working from home can feel safe to begin to return to the office.”

“Our schools are open,” he added. “Let’s keep it that way. Our kids need to be in school.”

Biden also said that “with 75 percent of adult Americans fully vaccinated and hospitalizations down by 77 percent, most Americans can remove their masks, return to work, stay in the classroom, and move forward safely.”

In a moving moment in the section on veterans, the president memorialized his own son, Beau Biden, who died of cancer. This set the stage for the worst moment of the night when Lauren Boebert yelled, “You put them there [in a flag-draped coffin]! Thirteen of them!” At that point, Reps. Boebert and Marjorie Taylor Greene tried to start a chant or cheer against the president but were quickly told to sit down by members of their own party.

The speech ended on a strong and optimistic note, which was what Biden needed to do.

“My report is this: the State of the Union is strong—because you, the American people, are strong,” Biden closed. “We are stronger today than we were a year ago. And we will be stronger a year from now than we are today. Now is our moment to meet and overcome the challenges of our time. And we will, as one people. One America. The United States of America. May God bless you all. May God protect our troops.”

While I disagree with quite a bit of Biden’s platform, I was struck by the contrast between his optimism and the gloom and doom that continually comes from the Republican Party where we are perpetually one election away from irreversible decline and tyranny. Even when they win.

More and more, I’m hearing talk of revolutions and national divorces from the GOP. I don’t like that.

I also don’t like the Democratic prescription for the country, but I do like Biden’s vision for a strong and united America. My hope is that he really believes this and will seek to be more unifying over the next two years than he has so far.

No, the speech wasn’t perfect. It had flubs, such as when Biden inadvertently said the “Iranian people” when he meant “Ukrainian.” It had things I don’t support, such as expanded LGBTQMNOP rights and protecting the right to abortion.

For all its faults though, it did leave me with a good taste in my mouth and feeling some hope and pride rather than the pessimism that has permeated the country for days, weeks, and years at this point.

I’d call that a win.