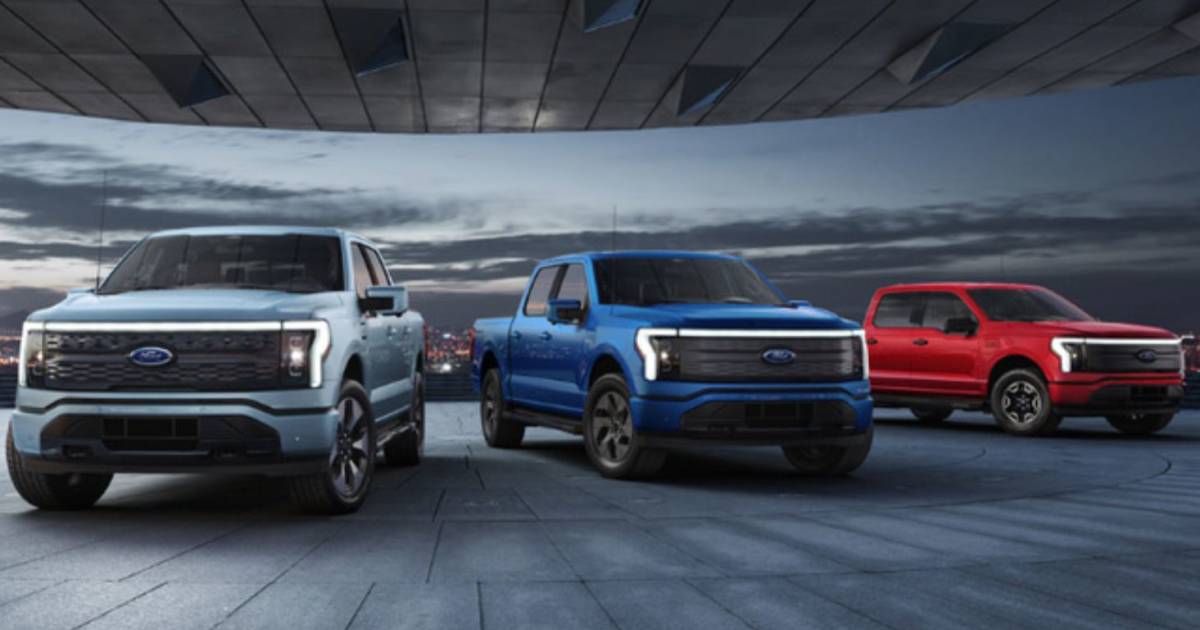 We’ve been edging ever closer to electric vehicles for the masses for quite some time now. I’ve long been interested in the concept, but there were several things holding me back from jumping on the electric bandwagon. Ford seems ready to take on many of my objections with its new all-electric Ford F150.

In the past, I’ve had several objections to EVs based on my real-world needs. First, with two children, I need more room than a compact car provides. In truth, I’m a truck guy. For most of my life, my personal vehicles have been pickups and Jeeps. For our rural lifestyle, the cargo capacity of a pickup is something that I make use of frequently. I’ve always said that manufacturers needed to move past sedans and introduce electric minivans, SUVs, and pickups if there was going to be widespread adoption of the technology.

Additionally, I need range. In the past, we lived in Texas and made frequent trips to Georgia. We drove to Canada one year on vacation. These 800 to 1,200-mile trips to be made in one or two days would be impossible with most electric vehicles. For example, the Tesla Model S boasts a range of 390 miles and then requires a six- to eight-hour charge.

Finally, the cost of an electric vehicle would have to come down near the range of equivalent gasoline-powered models. Granted, the EVs do get some credit for cheaper fuel and maintenance costs as well as government rebates, but high acquisition costs would still put them out of reach for many car buyers. Additionally, there is the question of whether EVs would have as long of a life as traditional gas-powered autos. When I bought my new truck, I gave my old one, 17 years old and with 198,000 miles, to my dad. It’s still running today.

Details are still sketchy on the new Ford F-150 Lightning, but it appears that the truck meets many of my requirements and meets or exceeds many of the capabilities of similar trucks. Ford’s promotional details on the F-150 Lightning call it the most powerful F-150 ever, with “563 horsepower, 775 lb.-ft. of near-instantaneous torque” and “a 0-60 mph time in the mid-4-second range when equipped with an extended-range battery.” There is some sleight-of-hand between comparing the standard and extended-range models, but the site quotes a 2,000 payload and a 10,000-pound towing capacity. [Insert Tim Allen’s macho grunt here.]

The F-150 Lightning goes beyond in ways that a gas-powered truck never could. For example, because the electric motor is smaller than the internal combustion engine on other trucks, there is storage space in a front trunk under the hood. If your home loses electricity, you can plug in the Lightning and power the appliances and lights in your house for about three days. When the electricity comes back on, the Lightning automatically reverts to charging its own battery. A future upgrade will allow the truck to power homes during periods of peak electric rates.

There are more traditional features as well such as hands-free driving on more than 100,000 miles of qualified roads and cloud-connected navigation. Lightning owners will also have the ability to use their phones as a key to control the locks and start the truck.

But what about range, charge time, and cost? Ford notes that payload can affect range so the F-150 Lightning comes with a built-in scale that helps to estimate actual range. Ford quotes the range at 230 miles for the standard battery and 300 miles for the extended range version. That definitely falls short of the range necessary for long, multistate road trips and would barely be enough to make the trip across Georgia to visit my parents and in-laws.

There is a partial fix, however. Car and Driver reports that Ford has patented a removable range-extender motor which resembles a bed-mounted toolbox. This gas-powered engine could recharge the battery on long trips or in areas where there are no charging stations. That helps to solve the problem of range, but let’s face it, you don’t want to buy an electric truck and then have to recharge it with gas.

Ford says that when the truck is being charged from a charging station that charging for an hour will add about 30 miles of range. The truck can be charged from 15 to 100 percent in about eight to ten hours depending on battery and charger types.

Operating costs would be lower for an EV than for a gas-powered vehicle, which would help to offset the difference in the purchase price. To estimate the cost to charge the battery, multiply the rating of the battery in kilowatt-hours (kWh) by the cost of electricity. My electric company currently charges 12 cents per kWh and the battery is estimated to be about 120 kWh. That works out to about $14 for a full charge.

That’s considerably cheaper than filling the traditional F-150’s 26-gallon fuel tank, which would cost about $75 at $3 per gallon. At those prices, my back-of-the-envelope calculations show that the higher price of the electric truck would pay for itself in fuel savings after only about 3,200 miles and that doesn’t count not having to pay for other services such as oil changes and air filters. Tax rebates for EV purchases would also help to reach the break-even point sooner.

However, a major drawback to EVs is that their batteries are only expected to last about 10 years or 100,000 miles. Car and Driver notes that battery warranties vary between manufacturers, but if you keep cars a long time like I do, then you might have to replace your battery at the cost of thousands of dollars at the same time that the vehicle is losing its value. Battery technology is improving, however, and in the near future, EV batteries will probably last for the life of the car.

When all is said and done, whether the F-150 Lightning is a good fit for you depends on how you drive. If you do a lot of long trips, especially to places where chargers may not be available, you’ll probably be better with a gas-powered vehicle. On the other hand, if you typically drive shorter distances and return home, an electric vehicle might make sense for you. If you want to use the Lightning to pull a camper on long camping trips, you’ll probably be disappointed.

I’m intrigued by the electric F-150 and I really like the idea of not having to buy gas several times each week, but I’m not sure I’m ready to jump on the electric-powered bandwagon just yet. The technology has come a long way and is getting better, but it might be a good idea to give it a few model years to allow Ford to work out the bugs and let the concept mature. In a few years, there will probably be more models to choose from, which may help to drive prices down as well.

I probably won’t be lining up to buy an F-150 Lightning when they make their debut later this year, but I wouldn’t be surprised if my next vehicle is electric. The way I keep cars, however, that might be another 10 to 15 years. By then, I’ll bet that electric vehicles will no longer be a novelty.