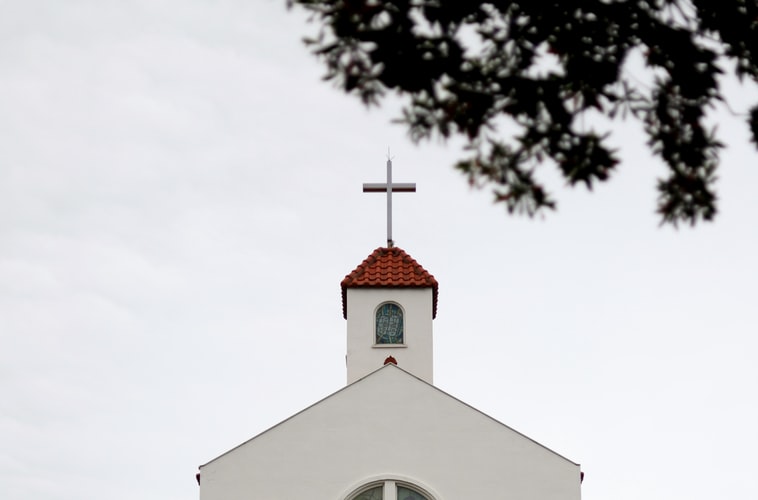 But Christ didn’t stop there. He added, “And the second is like it: ‘Love your neighbor as yourself.’ All the Law and the Prophets hang on these two commandments.”

When the pandemic started, churches in America had a chance to reach out to their communities and show the love of God for their neighbors. A year and a half later, much of the American church has failed miserably in that task. Rather than reaching out to help the sick and offer compassion to the bereaved, the religious story of the past couple of years has been about how churches have denied the reality of the pandemic and fought to keep meeting in person without mitigations.

These actions had the predictable result of allowing churches to become community hotspots for Coronavirus transmission. It has been known since early on in the pandemic that places of worship where large numbers of people congregate and sing in a closed area were particularly conducive to the spread of COVID-19. That’s especially true with the more infectious Delta variant.

My own church became the source of such an outbreak recently. After going through 2020 with only sporadic and isolated cases, in late July we had a severe outbreak. Apparently, an asymptomatic member infected a large number of people, including a breakthrough infection for my wife. My wife has largely recovered but still has some difficulty breathing. Other members are still coping with the disease and one is on a ventilator fighting for her life.

To the credit of the pastor and elders, the church took COVID seriously from the beginning. Although we reopened in May 2020, it was with masks and other social distancing precautions. As a result, we stayed safe for more than a year until Delta caught us by surprise. At that point, mitigations had been relaxed due declining numbers of cases and CDC recommendations.

But a lot of churches took a different course. Many claimed that public health guidelines restricting services during the “lockdowns” were unconstitutional. Mask requirements that were intended to help churches (and businesses) reopen safely were attacked as infringements on personal liberty.

There is a new classic song that many churches sing called “the Heart of Worship.” Matt Redman tells how he was inspired to write the song after his pastor pointed out that the church’s worship band had become a bigger attraction than the worship service. The solution was to remove distractions from worship, including the sound system and the band.

In Redman’s church, the worship music had become an idol that put the focus on the band rather than on God. I think that in-person worship services have become an idol in the same way for many churches during the pandemic. Rather than being about God’s love and love for our neighbors, the focus is on resisting government mandates and virtue signaling a lack of fear of the virus. The memes that “Jesus wasn’t vaccinated” and ‘Jesus is my vaccine” are examples of this virtue signaling.

Paul did write that Christians should not “give up meeting together,” but the full context of that verse does not imply that we should meet together at the expense of all else. In fact, the first part of the verse tells Christians that we should “consider how we may spur one another on toward love and good deeds.” Good deeds and expressions of love for our fellow man include not infecting them with a deadly virus.

WWJD? Jesus wasn’t vaccinated, but that’s not only because vaccines didn’t come along for another 1,700 years, it’s because Jesus holds power over life, death, and creation. As the immortal, omnipotent Son of God, he had no need for medicine. We do. Jesus healed the sick and the dead rather than spreading disease.

In any case, Paul’s admonishment not to give up meeting for worship ranks below Jesus’s second most important commandment of loving your neighbor.

Love is discussed in church, but put yourself in the shoes of an unchurched agnostic. Think about whether the actions of Christians reflect love to those who come in contact with them in daily life. Do Christians show love on social media? At stores where signs are posted asking customers to wear masks? At school board meetings? At political rallies?

Does this sound like the image that Christians have cultivated for themselves today? As one of my pastors liked to say, “Amen or oh me?” Where is the love today?

The problem is not just related to the pandemic. I’m pro-life (including being anti-abortion as well as more generally) and I believe that homosexual acts are immoral, but too many have executed counterproductive strategies in the fights against abortion and gay rights. First, you can’t use the Bible to persuade people if they don’t believe the Bible is God’s word. Second, attacking people and calling them names is a poor way to persuade anyone of anything. As one Twitter user said a while back:

The truth is that Christians are willing to consign abortionists and homosexuals to Hell, sometimes a little too gleefully, but overlook other sinners. As I was reading recently, I came across this verse:

But the cowardly, the unbelieving, the vile, the murderers, the sexually immoral, those who practice magic arts, the idolaters and all liars—they will be consigned to the fiery lake of burning sulfur. This is the second death.

The part about liars really grabbed my attention. We think of lying to be one of the little, harmless sins but unredeemed liars will be consigned to the same fate as abortionists (murderers) and the sexually immoral. And note that heterosexual immorality is not excluded either.

This isn’t to say that all churches have fallen short, however. For example, Samaritan’s Purse provided a field hospital in New York’s Central Park in the early days of the pandemic. Other Christian charities have also aided the afflicted around the world, but locally churches seem to be more interested in spreading conspiracy theories and alarmism than compassion and love. While the radical fringe gets the most attention, I am certain that many Christians are quietly and anonymously sharing God’s love.

Too many American Christians are under the same delusion that derailed the ancient Jews that learned about in Sunday school. Rather than focusing on spiritual matters, they follow political messiahs and assume that God’s kingdom will bring an earthly political Heaven on earth. It is not Biblical to assume that God made a mistake because your preferred political party is out of power.

The mission of Christ’s church is to spread the Gospel. We can’t do that if people are afraid to set foot in churches because they are viral hit zones. We also can’t do that if our focus is politics or owning the left.

The solution to the problem America’s church faces is the charge given to another church by John the Revelator about two thousand years ago. John wrote to the church at Thyatira, which Jesus told, “You have left your first love.” God’s instructions to this church were to “Remember therefore from where you have fallen; repent and do the first works.”

What are the “first works?” Refer back to Jesus’s words at the beginning. Love God and love your neighbor.

It’s time that love, mercy, and grace made a comeback outside of churches and beyond the sermons on Sunday morning. We need to do a better job of putting our faith and Biblical principles into action and focus on the two most important commandments.

Amen or oh me?