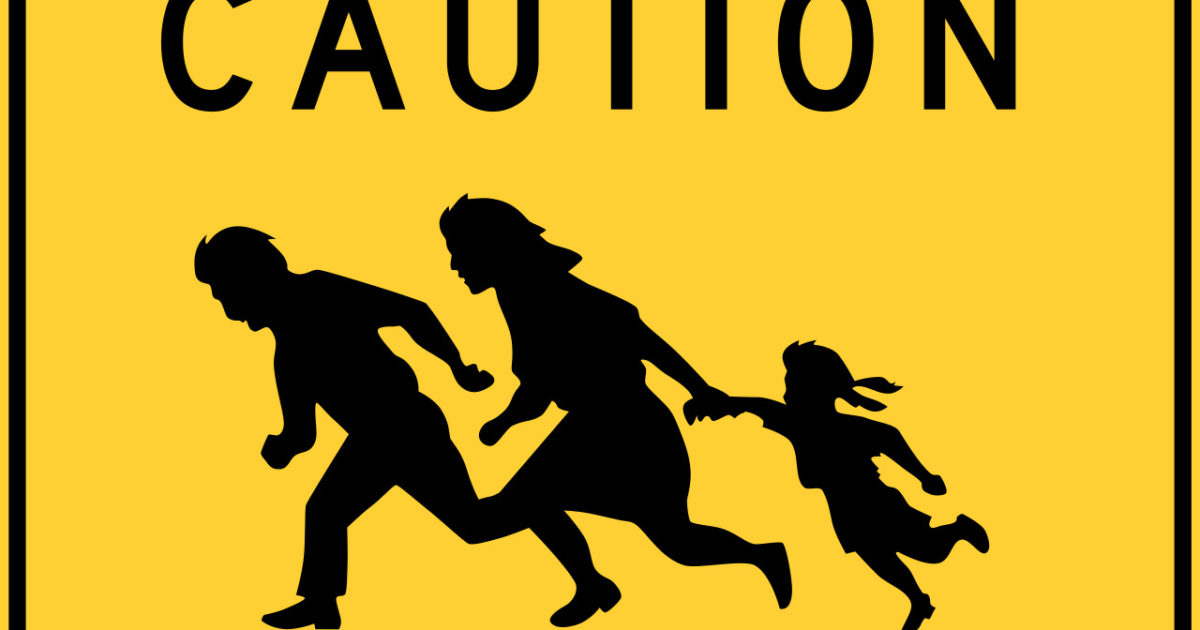 With President Biden’s proposed overhaul of the immigration system, the old debates over border security and how to handle the problem of illegal immigrants are back near the top of the list of national discussion topics. The immigration problem is a difficult one because the country is evenly split and reform has many moving parts, many of which are deeply divisive. The Biden Administration will have an uphill battle in turning its proposals into law, but 2021 might turn out to be a good time for conservatives to negotiate a grand bargain to secure the border.

At one point, I was an immigration hardliner who insisted on deportation of all illegals. However, sometime in the second Bush Administration, after studying the issue, I realized that comprehensive immigration reform and a pathway to legalization made a lot more sense in both practical terms as well as from a conservative point of view. Immigration reform is one of those issues where a lot of the conventional wisdom turns out to be wrong.

For instance, the notion that illegal immigration fuels violent crime turns out to be off base. Granted, entering the country illegally is a crime, but it isn’t a violent one. When I was writing for The Resurgent, I investigated the evidence for a violent crime wave by illegals and it turns out that it’s pretty thin. This isn’t to say that no immigrants commit violent crimes, but they seem to do so at a lower rate than native-born Americans. Logically, it makes sense that illegal immigrants would want to steer clear of police to avoid being deported as well as to avoid going to jail.

But just because immigrants, illegal or otherwise, are not a big source of violent crime doesn’t mean that illegal immigration is a good thing. We do need to have security over our borders for a number of reasons such as preventing smugglers and terrorists from coming and going at will as well as protecting the immigrants themselves. Many illegal immigrants die while attempting to cross the Southern border or are brutalized by the coyotes who they trust to guide them into America.

But the problem is much bigger than simply building a wall and then deporting the illegals that are already here. One of my favorite quotes is H.L. Mencken’s axiom, “For every complex problem there is an answer that is clear, simple, and wrong.” That describes the border wall perfectly. In another Resurgent piece from 2018, I went into detail about why the wall would not work, but suffice it to say that a border wall would be almost impossible to build considering the terrain along much of the border, it would be prohibitively expensive to build and maintain, and smugglers have already made the wall obsolete by using tunnels to go under or ramps to drive over existing sections of border fence.

An even bigger problem with the wall is that illegal border crossers are not the biggest source of new illegal immigrants. Most illegals now enter the US legally and overstay their visas. Roll Call noted in 2019 that more than twice as many illegals overstay visas as sneak across the border. A wall would do nothing to resolve this growing issue.

And then there is the issue of finding and deporting illegal immigrants who are already here. Customs and Border Protection and Immigration and Customs Enforcement are chronically short on manpower and have difficulty recruiting new officers. It would be difficult to increase manpower enough to track down anywhere near all of the estimated nine million illegals who live in the US.

Even if we could deport all of the illegals, it would create upheaval in the US economy. A common argument against increasing the minimum wage is that it would increase the costs of many goods and services. The same would be true of eliminating illegals, which represent about five percent of the US workforce. Before the pandemic, the US was already facing a labor shortage in some industries that rely on immigrant labor, such as Maryland’s crab processing plants. It is true that some jobs, particularly low-paying, labor-intensive occupations, just can’t be filled with American workers.

So, the big picture view of the situation is that we need to secure the border, but we also need immigration. A practical solution would be immigration reform that pairs border security funding, including stiffer penalties for illegal border crossing, everify for employers, and a better system for tracking visa visitors, with a reformed system for legal immigration.

One of the reasons that we have such a large problem with illegal immigration is that our immigration system is badly broken. The Cato Institute reported in 2018 that the average wait time to immigrate was six years. When we consider that the wait time for some immigrant categories from Mexico is more than 20 years, it should be easy to understand why so many are tempted to walk across the border.

If we reform the legal immigration system so that it works for both immigrants and American businesses, more immigrants will use the front door rather than sneaking in through the back. That will be better for the immigrants and for law enforcement, who will be able to concentrate on apprehending smugglers and terrorists rather than refugees.

Reform would also allow the US to better match immigrant slots with the needs of American businesses. Immigrants are needed for high-tech jobs as well as low-skilled ones, but right now, many foreign students come to US colleges and universities to earn science and technology degrees and then are forced to leave the country to work for America’s competitors.

In one example of how hardline immigration can come back to bite America, Quian Xuesen, who studied at MIT and CalTech, was deported back to China in 1955. Xuesen became a prominent space and rocket scientist and helped to develop Chinese missiles that have been fired at American soldiers and sailors.

A more recent example is the movement of American tech companies to Canada. The limited number of US work visas means that companies often can’t get enough workers at American locations so they have to shift operations north of the border. H1-B visas are also tied to specific companies so immigrant entrepreneurs can’t quit to start their own businesses without leaving the country.

So, we need new immigrants and increased border security, but the big question is what to do with the illegals who are already here. There is no good way to handle this decades-old problem, but the best solution is to provide a pathway to legalization. Many people will denounce this as “amnesty,” but that is not accurate. To these people, “amnesty” means “anything other than deportation,” but the actual meaning of the word is “a pardon.”

The question is not whether illegals should be given a pardon but what penalty they should pay. For illegal immigrants who have clean records and are gainfully employed, background checks, fines, and a long waiting period for citizenship would be punishments that fit the crime.

This is especially true in cases where the illegals are family members of American citizens. Deporting the breadwinners of American families would be counterproductive as it could both hurt businesses and force more people to rely on government entitlements.

So, we need border security, a better immigration system, and a pathway to legalization. All this needs to be rolled up into one comprehensive bill for one simple reason: None of the individual parts has the votes to pass on its own. The country and Congress are both evenly divided and the only way to get the immigration problem fixed is for both sides to work together on a compromise.

As I wrote earlier, immigration reform is both practical and conservative, and here’s why: It fixes a broken system, provides for more national security, and punishes lawbreakers as well as being a policy of more limited government as opposed to expansion. The pièce de résistance to the argument is that not compromising on a reform package will mean that none of these problems are fixed and the can is simply kicked down the road.

In 2007, conservatives killed George W. Bush’s immigration reform package even though it was strong on border security because it contained an “amnesty.” President Trump also rejected compromises that would have funded the border wall in part because they were not tough enough on illegals. Many of these deals would have also required that border security triggers be met before the legalization goes into effect.

Republicans need to decide which is more important, border security or punishing illegals. In reality, they’ve already made the decision by scuttling any deal that does not include mass deportations. We could have had border security as far back as 2007 if the hardliners were willing to compromise and if border security was really the top priority.

As Rush says, let me repeat that for those of you from Rio Lindo: Killing immigration reform has kept the border open for more than a decade. And holding out has not guaranteed that illegals will be deported. It just allowed the number of illegals to increase.

Numerous polls show that a majority of Americans favor a pathway to legalization, especially for Dreamers. Even Republicans are more closely split on the issue than you might think from watching tv or surfing social media. Conversely, only a small minority support deporting all illegals. Public opinion is on the side of reform.

If Republicans don’t make a deal on a pathway, it is likely to eventually happen without their support and without getting any enhanced security in exchange. That might well cement the brand of the GOP as a “white” party and poison the party with Hispanics much as Barry Goldwater’s opposition to civil rights legislation poisoned the party to black voters.

This year, Republicans should get the best deal they can on a comprehensive bill. In a 50-50 Senate, the Democrats still need some Republican votes. This is especially true as long as the filibuster is intact. Republican senators should use this leverage to get a better bill, not to kill reform.

The Biden bill is not the first time that we’ve debated immigration reform, and it probably won’t be the last. It would be a pleasant surprise if the parties could come together for the good of the country and solve the immigration problem, but even if they don’t, it will at least be refreshing to talk about substantive policy issues rather than conspiracy theories.