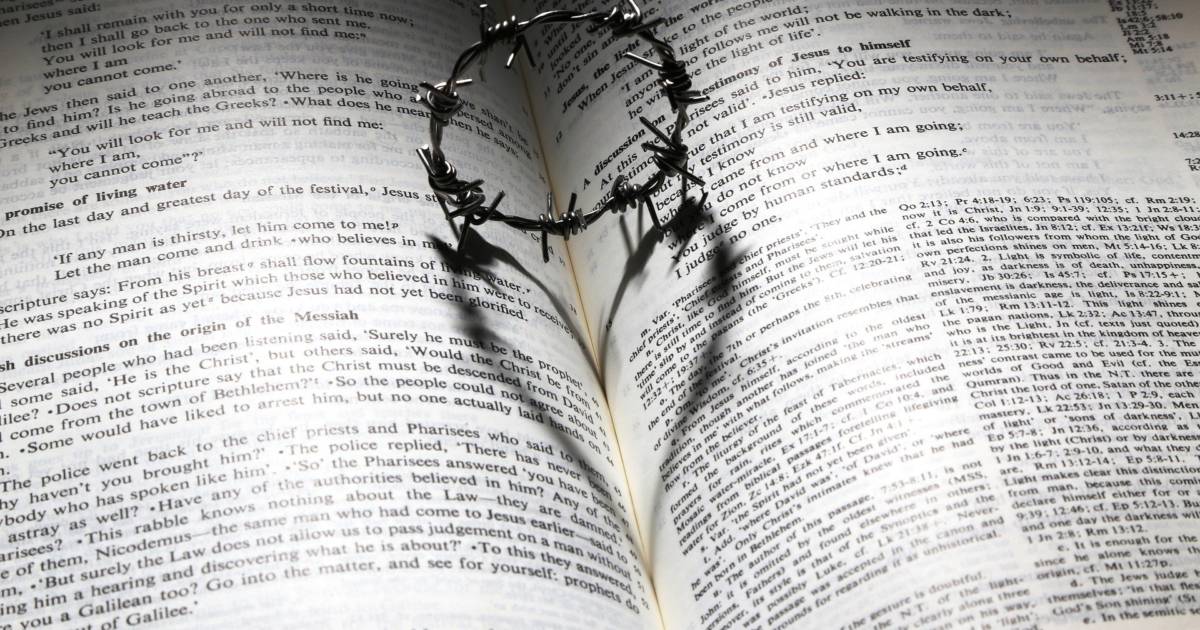 Over the past few months and years, I’ve had Christians on the right tell me that Christians can’t be leftists or Democrats. I’ve also had Christians on the left tell me that Christians can’t be Republicans or Trump supporters. They can’t both be right, but it is possible that they are both wrong. This week’s debate over the mass murders at Atlanta massage parlors by a church-going Southern Baptist only served to underscore how deeply politically divided the American church has become.

In fact, both sides remind me of the biblical Pharisees. If you aren’t familiar with Bible history or need a refresher, the Pharisees were a Jewish sect that might be called “fundamentalist” in today’s terms. The Pharisees are infamous today because of passages like Luke 18: 10-14 where one prays, “God, I thank you that I am not like other men…” and Matthew 3:7 where Jesus called them a “brood of vipers.” The Pharisees were self-righteous, legalistic, and hypocritical.

Today, many on both sides of the political spectrum have established a checklist of issues and believe that you must hold the right position on the platform or your salvation is in doubt. In particular, Republicans will tell you that Christians cannot support a pro-choice candidate citing verses like Psalm 22:10 and Democrats say that real Christians obey Leviticus 19:34 and greet immigrants with open arms, if not open borders. Gay rights, capital punishment, and quasi-worship of political leaders also get honorable mentions for being divisive issues among Christians.

The truth is that both parties fall short of biblical teaching and you can make a good case that voting for either one is contributing to sinful behavior. Beyond that, it comes down to personal opinion on which sins are worse or which party’s saving graces are more convincing. Is abortion worse than permanently separating children from their parents as a deterrent to immigration… and not necessarily just illegal immigration either? There are many who would make the case that one is worse than the other, but the bottom line is that both are hideously wrong. I’m pretty sure that God is displeased with both sides.

There is a long history of self-identified Christians being involved with some pretty sordid behavior that even goes beyond being spiritually incorrect on political issues. The Atlanta spa shooter was not the first Christian to veer off into homicidal territory after misreading or misunderstanding the Bible. For example, there have been numerous murders and attacks committed by Christians against people involved in the abortion industry. Eric Rudolph targeted random civilians with a bomb in an Atlanta park even though his motive was anti-abortion and anti-homosexual.

Going way back in history, the Crusaders massacred Muslims, Jews, and even other Christians. Christian Europeans regularly held pogroms in which Jews were killed. Christians fought against Christians in Europe’s holy wars after the Reformation. Confederate Christians justified slavery and a war of secession to keep their “peculiar institution” legal. Many German Christians backed the Nazis and willingly fought for Hitler. Christians were both guards and prisoners in the death camps. The Irish “Troubles” pitted protestants against Catholics for four decades, ending only in 1998.

It’s safe to say that Christian believers often miss the mark when it comes to behaving in a Christlike manner. History confirms that Christians can have wrong opinions on important moral issues and that they can be deceived and misled into following evil causes. A verse that I’ve thought about a lot over the past few years is Matthew 24:24, in which Christ acknowledges that his followers can be deceived.

The good part is that creating an ideological checklist for salvation is not biblical. Nowhere in the Bible does it say that we have to be perfect in actions or in understanding to earn or maintain salvation. If we have to be sinless to be saved then we are all in trouble. Forgiveness is even available for the worst atrocities. Corrie Ten Boom famously forgave a guard from the concentration camp where she was held prisoner and where her sister died. Families of the victims forgave the perpetrator of the Charleston church massacre, who, incidentally, was a Lutheran. Our human ability to forgive is not going to exceed God’s.

In fact, the Bible says that we might not know what to pray for, but that the Holy Spirit will intercede for us. Paul wrote in Romans 8:26-27:

In the same way, the Spirit helps us in our weakness. We do not know what we ought to pray for, but the Spirit himself intercedes for us through wordless groans. And he who searches our hearts knows the mind of the Spirit, because the Spirit intercedes for God’s people in accordance with the will of God.

In other words, if you’re a believer but don’t understand that abortion or separating families or same-sex marriage or attacking police officers while trying to overthrow the government is sinful, then the Holy Spirit will ask for forgiveness on your behalf. Maybe God, in His infinite grace, will also use the Holy Spirit to touch your conscience and your heart.

The Christian Right is not always right and the Christian Left is not always wrong. And vice versa. But both can be wrong when they add their own stipulations to the words of the Bible. When Christians get into trouble, it is often because we either ignore biblical guidance or substitute our own opinions and judgment (or those of charismatic leaders from preachers to Fuhrers) for God’s Word.

Unless you happen to live in the Old Testament, God is probably not going to tell you to slay your enemies. Instead, we are called to love one another. Jesus said that loving your neighbor was second only in importance to loving God (Mark 12:31) while John warned, “Anyone who does not love does not know God, because God is love” (1 John 4:8). And don’t forget that this means loving your enemies (Matthew 53:44), not just those on your side of the political divide.

We are also warned that we will be judged by the same standard with which we judge others (Matthew 7:2). That should discourage legalism and encourage us to cut others some slack! Turning the other cheek (Matthew 5:39) applies as well.

One key to avoiding misuse of the Bible is to go directly to the scriptures for yourself. Learn what the Bible says so that you can learn to pick out false prophets and demagogues. If a preacher – or your own heart – is telling you something different from what the Bible says, it is not from God.

As finite beings, humans do not have full knowledge of the world around us. We are susceptible to fake news, propaganda, deceit, and old-fashioned bad judgment. Thankfully, we have the Holy Spirit to intercede for us and we can throw ourselves on God’s mercy.