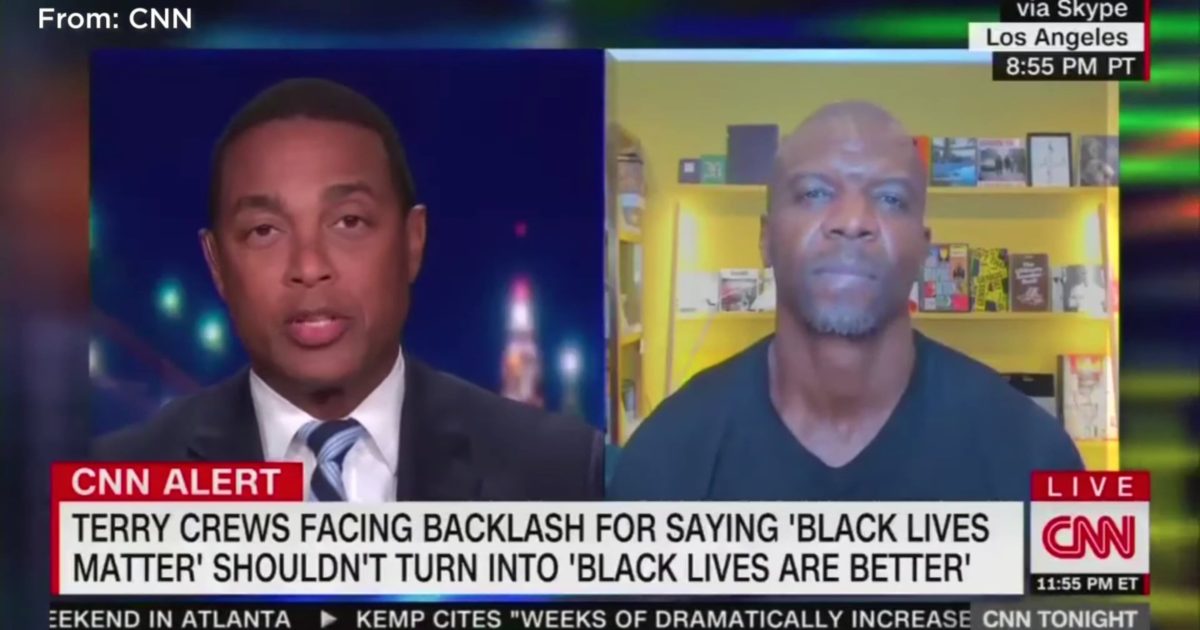 The televised clash over the “Black Lives Matter” movement between CNN’s Don Lemon and actor Terry Crews caught the attention of Buck Sexton.

“Terry Crews- I think he deserves a lot of credit,” Buck said. “He is a black man in America who is willing to speak out on this issue.”

Crews was able to communicate that it all began when he issued a “warning” about the “controlling” and “dangerous self-righteousness” he saw developing from within the BLM movement, which he equated to its own form of “supremacy.”

Sexton played the video of the one-sided interview in which Don Lemon proceeds to talk over Crews through much of the exchange.