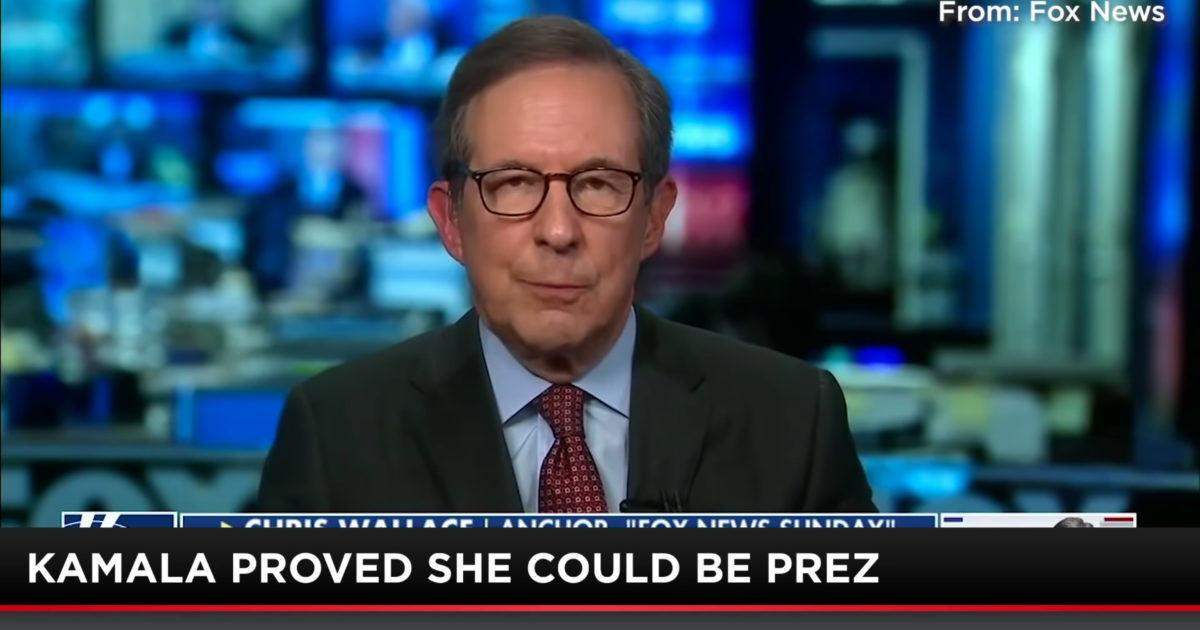 “The media was actually more embarassing than Kamala herself,” Jesse Kelly remarked this week of the media’s post VP Debate coverage.

He took a moment to provide some advice to women in the business industry saying, “You just be better than everybody else… grind, be better, be smarter, that’s how you do it.”

Kelly played the video of Chris Wallace saying Kamala Harris “didn’t do anything tonight, at all, to disqualify herself.”

No matter how you cut it, it’s about being more like-able than the other candidate and that Harris was not, Jesse said. Case in point: Hillary Clinton.