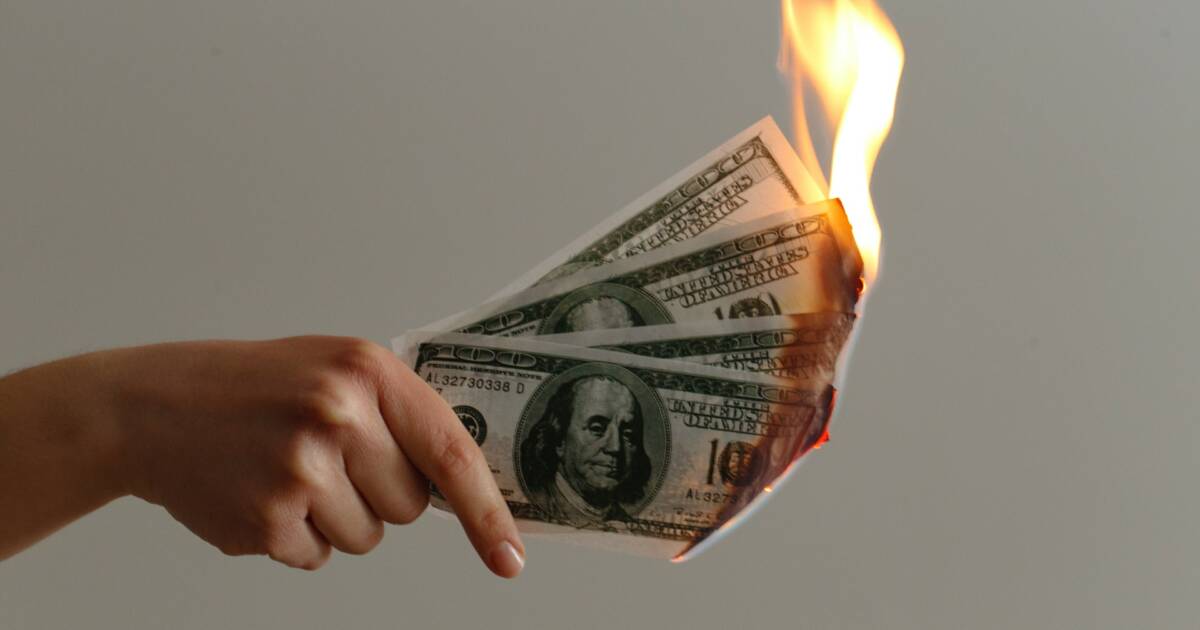 President Biden unveiled his proposed budget for the next fiscal year yesterday. The 2023 budget weighs in at $5.8 trillion dollars, but there are a few surprises. One of the biggest is that the 2023 request is less than the $6 trillion that Joe Biden asked Congress to approve last year

What may not be surprising is that the $5.8 trillion is less than what Biden really wants. The Biden Administration has not given up on Build Back Better, but those programs are not included in the budget because the plan is still being negotiated in Congress.

“Because those discussions with Congress are ongoing, the budget does not include specific line items for investments associated with that future legislation,” Office of Management and Budget Director Shalanda Young told The Hill in a conference call with reporters.

Also surprising is that rather than defunding the police, the Biden Administration is proposing increases in military and law enforcement spending. The laundry list of these items include:

What isn’t surprising is that Biden’s budget contains a proposal to pay for the spending with a tax hike. The proposal, which is in keeping with Biden’s campaign promise not to raise taxes on anyone earning less than $400,000, calls for increasing the top corporate tax rate from 21 percent to 28 percent and would institute a 20 percent minimum tax on the top 0.01 percent of earners and households worth more than $100 million. The Biden Administration claims that these tax increases will reduce the deficit by $1 trillion over 10 years.

This follows a pattern of many administrations of both parties in proposing that we spend money now and promising spending reductions in the future. Don’t believe it.

In a statement accompanying the budget proposal, President Biden said, “My Administration is on track to reduce the federal deficit by more than $1.3 trillion this year, cutting in half the deficit from the last year of the previous Administration and delivering the largest one-year reduction in the deficit in U.S. history.”

He adds, “We spent less money than the last [Trump] Administration and got better results: strong economic growth, which has increased revenues and allowed us to responsibly scale back emergency spending.”

But the truth is a bit more complex. The Trump Administration’s borrowing and spending was high even before the pandemic, but stimulus spending and COVID relief boosted the federal deficit even higher in Trump’s last year. Returning to somewhat normal levels of spending and reducing the deficit were natural by-products of getting the virus under control.

In fact, the economy is fairly strong now despite inflation and high gas prices. Tax revenues are way up even before any potential tax hikes because the economy is growing. That allows Biden to accurately claim that the deficit is being reduced under his watch.

It isn’t as if a lot of the budget items are not good or even necessary things. We needed to spend to fight COVID-19. We need to help Ukraine fight off the Russians. Failure to do so may be far more costly than the billion dollars that Biden wants to spend on them.

These and other items, like the $44.9 billion to fight climate change, will be the focus of the budget battle to come, but in the end, these items are mere sideshows. It isn’t the bovine methane emissions studies or midnight basketball that are breaking the budget. Even the sum total of foreign aid accounts for less than one percent of federal spending.

America has an entitlement problem. Social Security, unemployment, and health spending account for about 62 percent of the federal budget. Those categories are considered mandatory spending and are on automatic pilot. No matter which party holds the White House or what the top-line number on the budget is, spending on those items is going forward without further discussion or appropriation.

The only politician in recent years who has talked seriously about entitlement reform was Paul Ryan. And both parties wanted to send him packing.

Neither party wants to touch entitlements. The idea of protesters with signs saying, “Keep government away from my Social Security” may be an internet meme, but it’s also strikingly close to the mark. If you don’t believe it, just go into a Republican internet chatroom and advocate Social Security reform.

My prediction is that Biden’s budget will meet the congressional ax. Both sides will point fingers at the other. The Freedom Caucus will threaten to shut the government down or cause a default, which would be one of the few courses of action that would be worse than continuing to grow the national debt. In the end, some form of the budget will pass although it will probably be the result of a budget reconciliation being passed along party lines.

We really should be working to reform entitlements and get federal spending under control. Since that isn’t going to happen, putting off the inevitable fiscal crisis for another few years will have to suffice. Hopefully, we’ll one day have adults in charge of the government again who can turn things around before we experience a Greek-style debt crisis.

Right now, neither party is interested in anything beyond pleasing their own bases with pork and posturing.