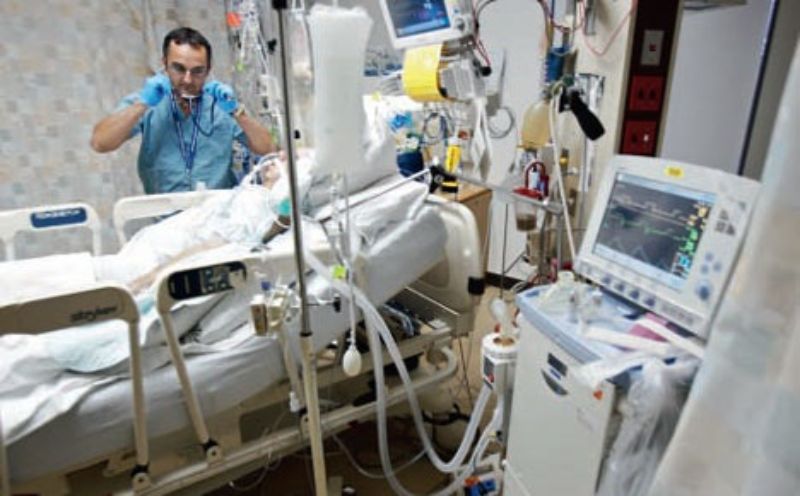 A Twitter friend responded to my piece about court decisions upholding mandatory vaccinations earlier this week by saying that it is an outrage to force vaccinations on students and criticizing me for not being sympathetic to the concerns of those who are unsure that the vaccine is safe. This is a point of view that I’m hearing more and more often both on social media and from opinion writers and pundits.

First, let me say that I wholeheartedly support the right of private organizations to require their employees and customers to be vaccinated. I’ll echo the Texas judge’s statement that the students and employees in question are not being forced to take the vaccine. They are being given a choice. They can either choose to protect themselves and others or they can go to another school or find another employer.

Second, I do have sympathy for people who are uncertain about the vaccine’s safety. I am particularly sympathetic to those who have health issues that might actually make the vaccine risky. For the vast majority of us, that is not the case.

My sympathy for the others is more akin to my sympathy for those who have been taken in by a con man. Most people are afraid of the vaccine because they have been getting bad information about it. To a great extent, this is a self-induced problem since there is an abundance of reliable information available.

I’m likewise sympathetic to people who fall for Nigerian email schemes. They may lose their life’s savings and have their families impoverished by the con men, but often the marks fall for the con because they don’t question outrageously good claims, do real research, and exercise some skepticism about what they were told. There is blame for the victims as well as for the people who lied to them.

It’s the same with the anti-vaxxers. There is good and reliable information is out there. People are trying to educate them, but they refuse to listen, often because of a reflexive distrust of government and media. And the damage that can be done on a societal or global level by millions of people who refuse to vaccinate or otherwise protect themselves against a deadly disease extends far beyond their own family.

I’ll pick on Tucker Carlson. Pradheep Shanker had an excellent explanation of Carlson’s misuse of data from the Vaccine Adverse Events Reporting System (VAERS) in National Review. Carlson was assuming that preliminary data was definitive and claiming a much higher number of vaccine-related deaths and illnesses than is reflected by official statistics.

Essentially, after claiming that COVID deaths were deaths “with COVID” rather than “from COVID” for the past year or so, people like Carlson are now claiming that any death after a vaccination is a result of the vaccine. This is an example of moving the goalposts and its only purpose seems to be to generate revenue through fear-based clicks and views.

The question of whether to vaccinate or not is a question of risks. At almost any age (possibly excluding young children), there is a much greater risk of serious illness or death from COVID-19 than from the flu and far more than from the COVID-19 vaccines.

The VAERS data cited by Carlson reported 6,079 reports of death after vaccinations. This represents only 0.0018% of the 334 million vaccine doses administered. This is already a much lower rate of deaths than from the Coronavirus, but that number is not a vaccine death toll.

The total death toll attributable to COVID vaccines is – wait for it – three. Not three hundred or three thousand, but one, two, three. Three. All from blood clots related to the Johnson & Johnson vaccine.

Tucker Carlson is a smart person and presumably has a large staff of experts that he can call upon. If he didn’t know he was using the data incorrectly, he should have.

That leaves two possibilities. Tucker is either a liar or incompetent. Either way, he deserves to lose his platform.

So yes, I’m sympathetic to people who are getting sick and dying because they have been lied to by people they trusted to tell them the truth. There is an argument that these people should have figured out at some point over the past few years that they were being lied to, but the modern bubbles of confirmation bias can make this difficult.

There are signs that conservative media is starting to hesitantly embrace the vaccines. As I mentioned earlier this week, Sean Hannity recently endorsed vaccinations (although he has subsequently somewhat walked his comments back), but it is going to take a lot of work to overcome the months of reports that have minimized the danger of COVID-19 and hyped alleged dangers about vaccines. Mitch McConnell strongly endorsed vaccinations and warned that new lockdowns might be necessary if vaccination efforts didn’t improve. Even Ron DeSantis got into the act with a statement that, “These vaccines are saving lives.”

But the one person who could have the greatest effect on Republican holdouts remains silent. This man takes credit for the rapid development and deployment of the vaccines, but refuses to endorse their use.

People who are just realizing that they’ve been lied to about the pandemic and vaccines should question some of the other things they are being told by these anti-vaccine sources. If these pundits and politicians will steer you wrong about one thing, they’ll probably steer you wrong on other things as well.

As always, I advocate listening to both sides of the argument and researching primary sources when possible. Stay away from the outrage media on both sides that take snippets out of context and use them to fuel your anger. Look to more evenhanded and objective sources.

It’s fair to ask for sympathy for the vaccine skeptics, but when skepticism becomes willful ignorance and conspiracy mindedness then sympathy can finally run out. Sometimes it isn’t forbearance and patience that is needed but tough love.

If grandma sends thousands of dollars to Nigerian scammers, I’d feel sorry for her. But if she keeps sending money after she knows she’s almost broke and getting no return, there reaches a point when you might have to take away her checkbook for her own good.

There is a valid argument for education and outreach to the vaccine skeptics, but if COVID cases and deaths continue to rise and vaccine resistant strains spread, we may reach a point where education is not enough. More forceful measures ranging from requiring proof of vaccination for public events and travel, allowing insurance surcharges for the unvaccinated, and maybe even vaccine mandates may eventually be needed.

In the end, vaccines are partly an individual choice, but they are also a matter of public health. In a pandemic involving a dangerous and deadly disease, the public health aspect should win out.