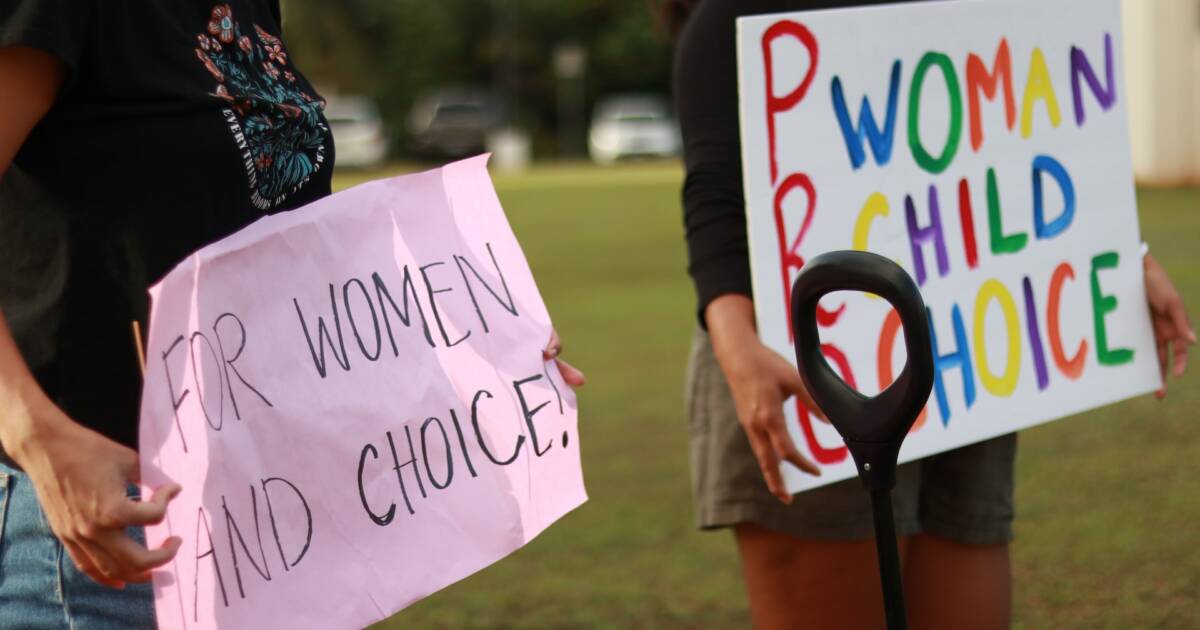 Last spring and summer when it became apparent that the Supreme Court was going to overturn Roe v. Wade, the conventional wisdom on the right was it wouldn’t make a difference in the upcoming elections. Republican politicians and pundits said that abortion was baked into the cake. Anyone who cared about abortion was already voting Democrat they said. Then came Kansas.

In early August, voters in deep-red Kansas rejected what should have been a slam-dunk pro-life referendum. By a 60-40 margin, Kansans voted down a proposed amendment that would have allowed the state government to “pass laws regarding abortion,” presumably to ban the practice. When the measure went down in flames, it was a shot heard ‘round the country.

In the subsequent months, the presumed Republican red wave began to evaporate. There were many reasons for this Republican slump in the polls. Donald Trump reemerged on the political scene in the wake of the FBI’s search of Mar-a-Lago. A great many Republican candidates were inexperienced and unpopular with voters outside the GOP. But the backlash against the Dobbs decision and proposed further restrictions on abortion was real as well.

The fact that at least some Republicans realize that banning abortion isn’t a totally popular move outside the GOP is becoming apparent as some candidates soften their positions on the issue. The first Republican that I heard attempting to move to the center on abortion was Ron Johnson.

At the beginning of October, Johnson, who is in a tight race in Wisconsin, called for the state’s voters to decide the question through a referendum. Wisconsin Governor Tony Evers, a Democrat, had called for a referendum as well, but the Republican-controlled state legislature has not acted on the idea.

Also in the Badger State, Tim Michels, the Republican candidate for governor, has said that he would sign an abortion ban that included exceptions for rape and incest. Michels had previously said that he supported the state’s 1849 abortion ban, which contained no exceptions, but Factcheck.org notes that Michels explained his new position as reflecting the will of the people.

“I understand that a governor, you know, you’re not the ultimate authority on things, that you work with the legislature,” Michels said in a radio interview. “And the legislature — the state Senate, the Assembly — they’re closest to the people. So yes, if that bill was put before me, I would sign it.”

Michels may not have changed his beliefs, but he has moderated his position. That is undoubtedly due to the fact that abortion bans without exceptions are not popular.

Back in September, The Guardian reported that Scott Jensen, the Republican candidate for governor in Minnesota had similarly found exceptions that he liked where he previously had not supported any.

The same piece described Zach Nunn, an Iowa Republican who had formerly said that “all abortions, no exceptions” should be illegal. When his Democratic opponent attacked his position on abortion, Nunn wrote an op-ed saying he supported “exceptions for horrific circumstances like rape, incest, and fetal abnormalities, and to save the life of the mother.”

Even Herschel Walker has moved left on the issue of abortion. Politico notes that Walker said last spring, “There’s no exception in my mind,” and his campaign defended the position, saying that Walker “is pro-life and will not apologize.” Over the weekend, in his debate with Senator Raphael Warnock, Walker said that he supports Georgia’s heartbeat bill, which does contain exceptions for rape, incest, and “medically futile” pregnancies.

While these moves toward the middle are welcome, there is some question as to how genuine they are. Regardless, the shift is an admission that the frequent Republican position, in which every candidate tries to get to the right of the others, is not only not reflective of public opinion on abortion but is detrimental to Republican electoral chances.

The reason should be obvious. Opinions on abortion have long been complicated with most voters in the middle between the two extremes of federally-funded abortion-on-demand and no-exception bans. It also hasn’t helped that some Republicans have floated controversial measures such as attempts to ban interstate travel for abortions. It seems that most Americans, including a large share of Republicans, want abortion legal in at least some circumstances.

The Republican problem is summed up by a Michigan woman who is voting for Democratic Gov. Whitmer’s re-election because of abortion.

“I’ve always been pro-life,” Veronica Klinefelt told Politico. But in “realizing how many [abortions] are medically necessary, but then there’s no exceptions? That’s big for me.”

An unnamed Republican told the outlet, “Dobbs has thrown a monkey wrench into what should be a great year for us here — and the ‘no exceptions’ thing is the killer.”

And that’s the bottom line.

Republicans won the battle of Roe v. Wade but now are like the proverbial dog that caught the car and doesn’t know what to do with it. There is little percentage in continuing to push ever stricter abortion laws in the post-Roe world. In fact, that strategy seems to be counterproductive. Candidates are realizing that.

So far, most Republicans aren’t becoming full-fledged pro-choicers, although Ron Johnson’s referendum proposal is literally a pro-choice position. Those who have made changes to their platform are typically those in tight races and are so far only moderating their stances to include exceptions.

But I think this is only the beginning. In overturning Roe, the Supreme Court has taken a big step in defusing and depoliticizing the issue of abortion. There will be hardliners in the Republican Party, but now that state bans are legally possible, they are no longer politically possible.

It was easy to pass a no-exceptions ban when everyone knew the Supreme Court would never let it take effect. Now, people are being forced to think about the consequences of their actions, and even many pro-lifers (myself included) support exceptions for rape, incest, and when the mother’s life is in danger. No one wants a woman forced to carry an ectopic pregnancy to term.

The Republican Party is moderating on abortion before our very eyes. Now, if it would only moderate on some other issues as well.