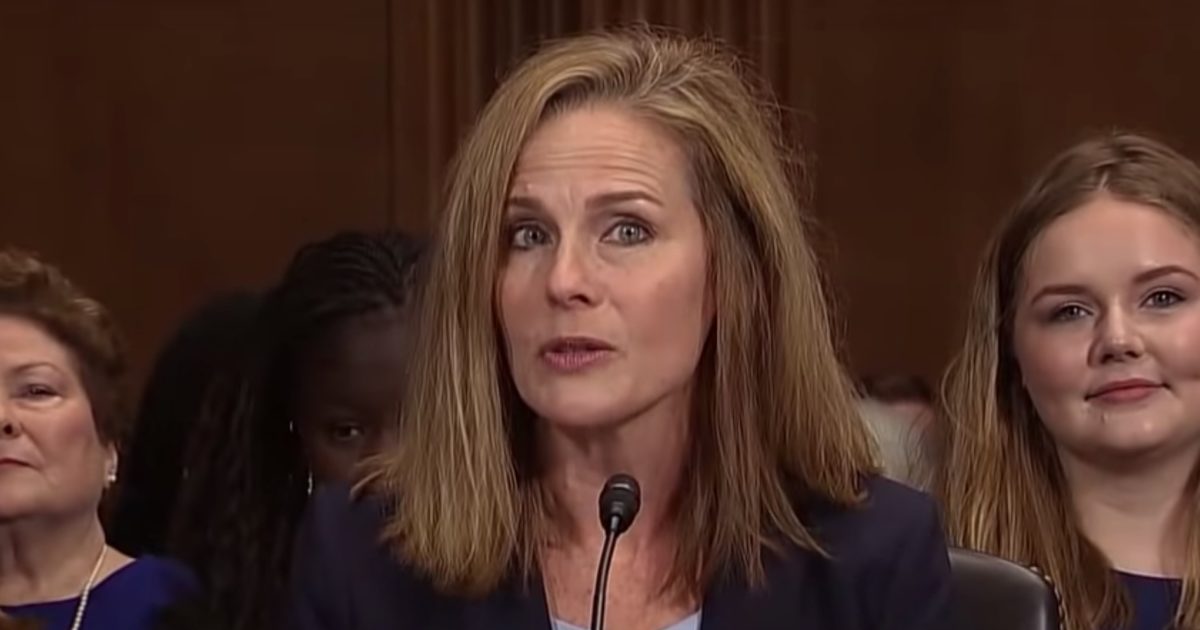 As the Senate confirmation hearings on Judge Amy Coney Barrett begin in earnest, I’m interested to see a few things.

1. Will the media fret over sexist mansplaining?

Just days ago, we witnessed one of the most hilarious displays of partisan lunacy when the DMC (Democrat Media Complex) organized to pounce on Vice President Mike Pence for daring to debate Kamala Harris at their debate.

Though it would have been immediately and unquestionably categorized as sexist and misogynistic if Pence had not treated Harris as an equal, but instead talked down to her, condescended to her, or even graciously deferred to her, the fact that Pence instead disputed Harris’s statements and claims was tagged “mansplaining” by the DMC.

So will the same rules apply for Judge Barrett? Every time Pat Leahy, Dick Durbin, Sheldon Whitehouse, Christopher Coons, Richard Blumenthal, or Cory Booker interrupt or contradict an answer given by Barrett, will we see the same condemnation from these sources?

And if we don’t, will the rest of us finally acknowledge the concern these people voice isn’t about femininity or girl power. It’s about left-wing politics.

2. How will the DMC handle it if Amy Coney Barrett dodges, or refuses to answer various, specific questions?

After all, we just learned that refusing to tell your ideological enemies what you think is a stroke of genius.

I understand the objection that says Judge Barrett is “interviewing” for a new job and it’s completely reasonable that she would be expected to answer questions about how she would perform in that new job.

But how is the same not true for Kamala Harris? Is she not interviewing for a new job as well? Aren’t her bosses within reason to expect to hear how she would perform in that position? If Kamala is right to refuse to answer, I’m sure there will be no complaints if Amy took the same approach.

3. Will the Democrats in the Senate face blowback from their base if they are too accommodating to Judge Barrett?

There is a contingent of left-wing Democrat party activists, likely more numerous than most of us know, who are becoming conspiratorial about their elected leaders. It’s actually something the left and right have in common.

Just as staunch conservatives often question how committed elected Republicans are to actually altering the status quo they benefit from, these liberal voices are beginning to do the same. Just as conservatives wonder if elected Republicans are content with Planned Parenthood remaining funded, thus giving them a perpetual issue to run against, there are progressives beginning to wonder the same on their side:

If the Senate Democrats on the Judiciary Committee don’t grill Barrett unfairly, if they fail to unite the party in total opposition to her nomination, does that effect their electoral prospects in another few weeks?

No, they won’t switch and vote Republican, but look at Steyn’s tweet – how strong can voter energy and motivation be if you feel as though your side has “given up?”