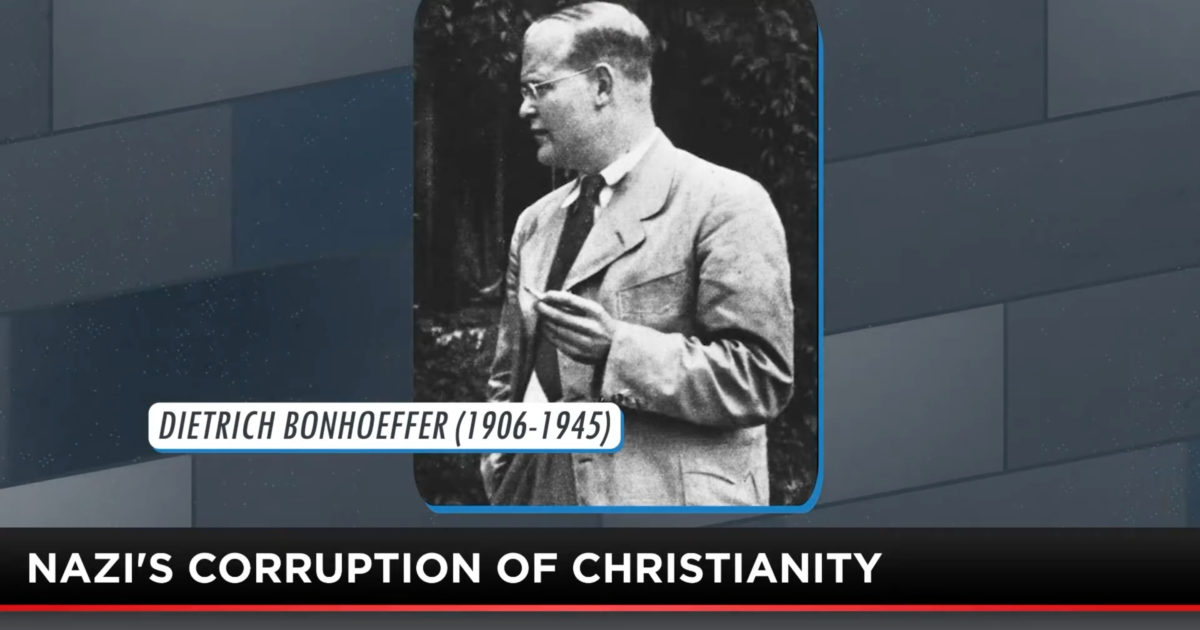 Nazis tried to infiltrate the Christian faith through “deconstruction” which is the same tactic that the Left is using against American history, Mike Slater argued on his show Monday.

Mike defined deconstruction as when you “take something, break it down to it’s individual parts, change their meaning, and then put it back together…”

Nazis twisted scripture, demonized Jewish biblical figures, and Hitler praised Jesus Christ as an “aryan hero,” Slater explained. But eventually, Jesus and sin had to be canceled for the benefit of the state.