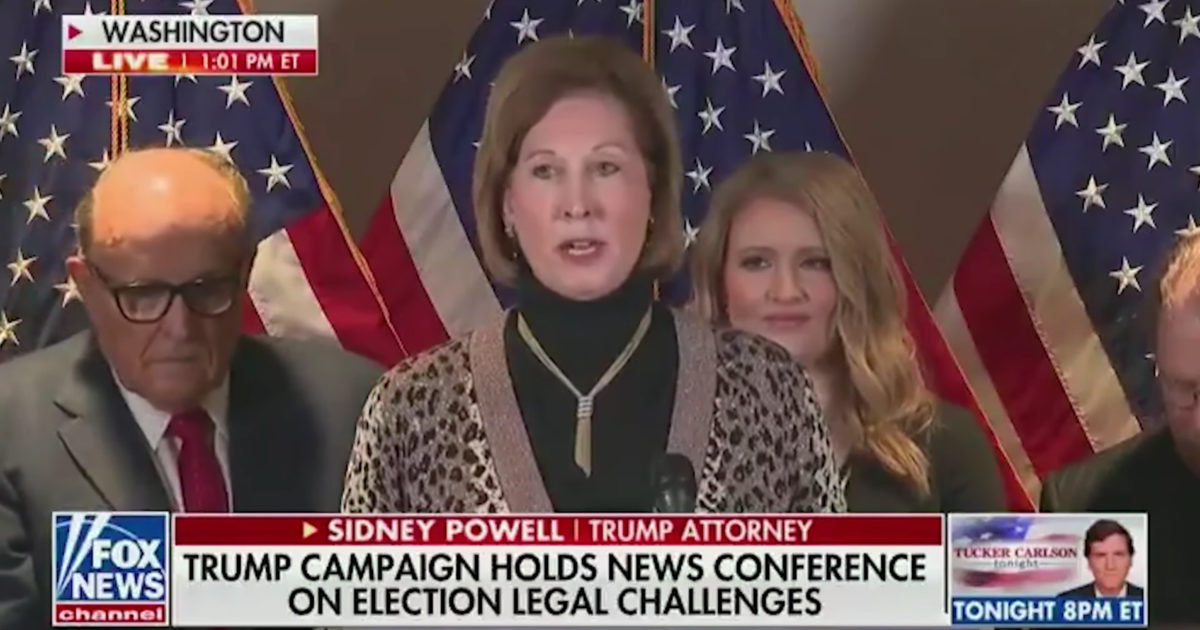 After days of speculation on what Sidney Powell meant when she said she was “about to release the kraken,” Powell and Rudy Giuliani held a press conference on Thursday in which they claimed to have sufficient evidence of voter fraud to overturn the 2020 presidential election results.

Buck Sexton showed some of the footage in which Powell promised to “take our country back.” He was joined by Congressman Jim Jordan to discuss the allegations.

“We are not going to be intimidated… President Trump won by a landslide, we are going to prove it,” Powell declared.