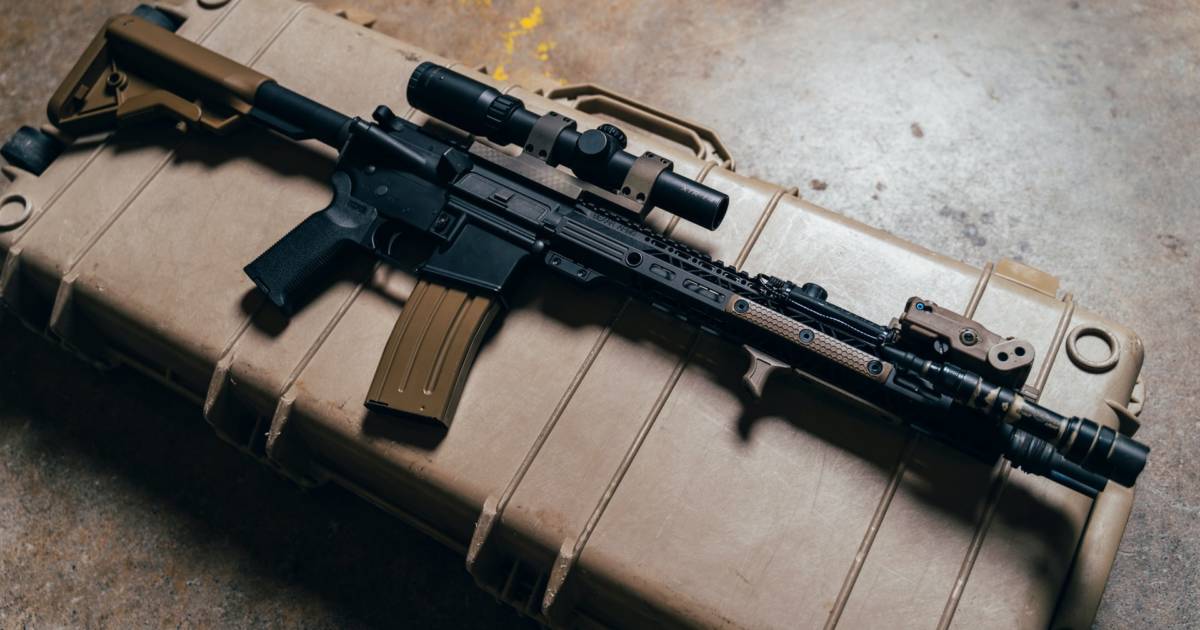 California has long been an unfriendly state to gun owners. The Golden State is known for its strict gun laws, but that may be starting to change thanks to a federal judge who just struck down the state’s Assault Weapons Control Act (AWCA), an assault weapons ban passed in 1989.

In the 94-page ruling in Miller v. Ronta, US District Judge Roger Benitez compared the AR-15 to a Swiss Army knife, saying that the popular rifle is “a perfect combination of home defense weapon and homeland defense equipment. Good for both home and battle, the AR-15 is the kind of versatile gun that lies at the intersection of the kinds of firearms protected under District of Columbia v. Heller and United States v Miller.”

While acknowledging that Supreme Court precedent “does not guarantee a right to keep and carry ‘any weapon whatsoever in any manner whatsoever and for whatever purpose,’” Benitez wrote, “Unfortunately, Heller’s acknowledgment of exceptions for gun laws at the extreme is in danger of swallowing Heller’s rule for the average case.”

“This case is not about extraordinary weapons lying at the outer limits of Second Amendment protection,” Benitez said in the ruling. “The banned ‘assault weapons’ are not bazookas, howitzers, or machineguns. Those arms are dangerous and solely useful for military purposes. Instead, the firearms deemed ‘assault weapons’ are fairly ordinary, popular, modern rifles. This is an average case about average guns used in average ways for average purposes.”

To support this claim, the ruling cites FBI statistics which ”show that killing by knife attack is far more common than murder by any kind of rifle. In California, murder by knife occurs seven times more often than murder by rifle.”

“A Californian is three times more likely to be murdered by an attacker’s bare hands, fists, or feet, than by his rifle,” Benitez observes and then adds, “The same pattern can be observed across the nation.”

The ruling also points out that the AWCA bans guns based on features such as “pistol grips, flash hiders, telescoping stocks, flare launchers or barrel shrouds” but does not cite any studies that weapons with these features are more dangerous or more likely to be used by criminals than other guns.

It should also be pointed out that California’s strict gun laws have not translated into less crime. Based on FBI statistics from 2018, California ranked as the 14th most violent state and had the highest number of murders. Even accounting for its status as the most populous state, crime in California is disproportionately high.

In a statement, Gov. Gavin Newsom attacked the decision saying that comparing the “AR-15 – a weapon of war that’s used on the battlefield – to a Swiss Army Knife completely undermines the credibility of this decision and is a slap in the face to the families who’ve lost loved ones to this weapon.”

Newsom said, “We’re not backing down from this fight,” which can be interpreted as a promise to appeal the decision.

It likely, but by no means certain, that the case will end up at the Supreme Court. In recent years, the Court has refused to hear a number of high-profile gun cases. However, if the Court decides to hear the case, the new conservative majority would appear to be poised to uphold Judge Benitez’s ruling.

The Heller decision affirmed that Americans do possess an individual right to keep and bear arms. Laws like California’s assault weapons ban unconstitutionally abridge this right while doing little or nothing to enhance public safety. It is high time for the Supreme Court to strike down these laws.

This does not mean that guns cannot be restricted, however, but gun regulations need to be narrowly targeted to address specific problems rather than taking a “shotgun” approach. Guns do require some regulation, but keeping weapons out of the hands of criminals and potential mass murderers has to be balanced with protecting the constitutional rights of average Americans. California and other states have clearly gone too far.