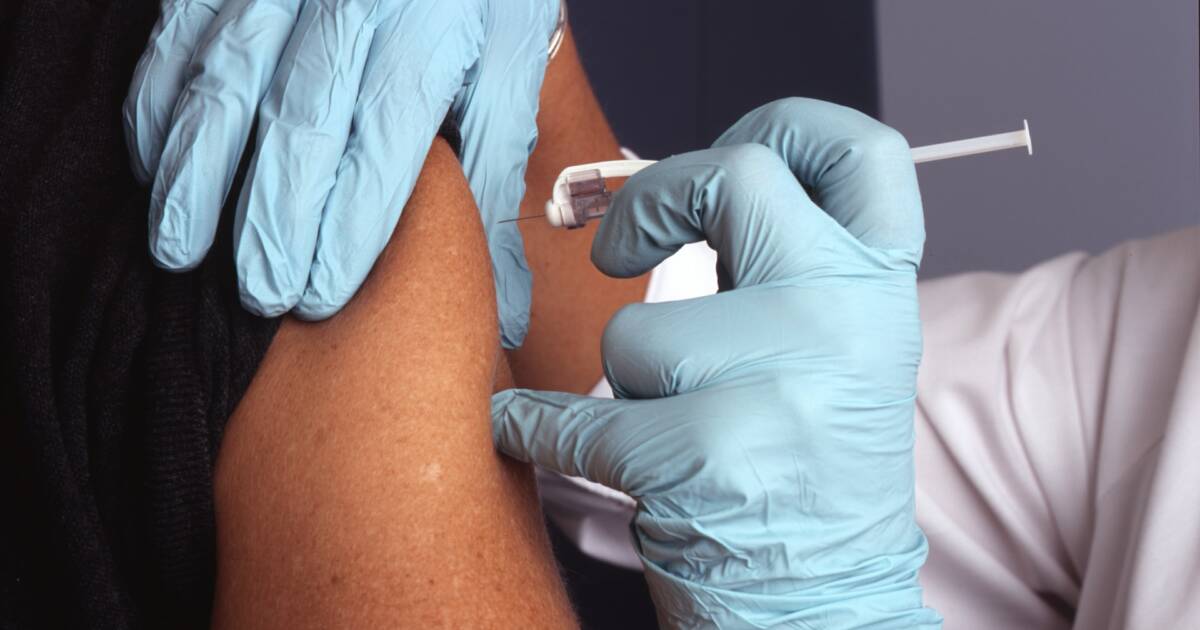 The Supreme Court has issued rulings on President Biden’s vaccine mandates and the outcome turned out to be a lot like my prediction back in September. Four months ago, I asked the question, “Can he do that?” and the answer turns out to be “sort of.” While the ruling is not final, the Supreme Court enjoined the OSHA mandate for private employers on the grounds that the challenge by the National Federation of Independent Businesses is likely to succeed but let stand a similar mandate for health care workers.

The two rulings came down as “per curiam” decisions on Thursday. In the first, NFIB v. Department of Labor, the Court held that infection from COVID-19 was not an occupational hazard and that a vaccine mandate was different from many other sanitation and health standards because a vaccination ‘cannot be undone at the end of the workday.’”

Justice Kavanaugh apparently wrote the opinion since the opinion notes that the application for a stay was presented to him. Justice Gorsuch penned a concurrence, which was joined by Justices Alito and Thomas while Justices Breyer, Kagan, and Sotomayor joined in a dissent. That accounts for the positions of six justices on the case. It is likely that Chief Justice Roberts may have joined in the majority as well.

“That is not to say OSHA lacks authority to regulate occupation-specific risks related to COVID–19,” the opinion says. “Where the virus poses a special danger because of the particular features of an employee’s job or workplace, targeted regulations are plainly permissible.”

This exception becomes important in the other decision, which was in the two cases of Biden v. Missouri and Becerra v. Lousiana. In these cases, two groups of states had challenged the Biden Administration’s rule that vaccinating healthcare workers against COVID-19 is “necessary for the health and safety of individuals to whom care and services are furnished” and that health care facilities that participate in Medicare and Medicaid are required to have their employees vaccinated.

The Court held that the healthcare worker mandate “falls neatly within the language of the statute. After all, ensuring that providers take steps to avoid transmitting a dangerous virus to their patients is consistent with the fundamental principle of the medical profession: first, do no harm.” The majority also noted that “the [HHS] Secretary routinely imposes conditions of participation that relate to the qualifications and duties of healthcare workers themselves” and “has always justified these sorts of requirements by citing his authorities to protect patient health and safety.”

In summary, the HHS mandate for health care workers did not stretch the language of the statute and was within the norms of other requirements imposed on workers that take part in Medicaid and Medicare programs so it was allowed to stand. The OSHA mandate did not and so was not allowed to go into effect and will probably ultimately be struck down.

There were no concurrences in the second case and the opinion was unsigned, which leaves us to speculate the remaining justices, Kavanaugh, Sotomayor, Kagan, and Breyer, along with Chief Justice Roberts were in the majority. That would make it possible that only Roberts and Kavanaugh were in the majority on both cases. It also seems as though Kavanaugh and Roberts may be the only two members of the Court that got both cases right because the Court did get it right in both cases.

To take the second case first, it is well-established that the federal government can mandate vaccinations and other precautions for healthcare workers, especially those who take money from the federal government. Federal money often comes with strings attached and it is always wise to consider the costs that might come from accepting federal funds. Further, it is rational and logical that healthcare workers in a pandemic should be required to get vaccinated against the threatening pathogen.

However, the law leaves a lot of gray areas for Americans not involved in caring for the sick and vulnerable. Even though Jacobson v. Massachusetts established the constitutionality of vaccine mandates by the states more than 100 years ago, neither the Constitution nor federal law has extended that power to the federal government.

While I’m sympathetic to the argument that everyone should get vaccinated, the law does not create a method for the federal government to mandate vaccinations for citizens at large. Even the wording of the OSH Act had to be massaged and molded to fit the situation like Trump campaign members suddenly finding an interpretation that allowed the vice president to throw out opposition votes. The justices don’t appear inclined to allow either of those interpretations.

It should also be pointed out that the rulings don’t stop private companies from mandating vaccines for the employees on their own. If your company wants to require you to be vaccinated because it thinks vaccinations will protect its employees and customers, as opposed to because OSHA told it to, then you’ll probably have to get vaccinated or find another job.

The two rulings provide an interesting window into both left and right ideologies. It is possibly even more striking that so many justices would not allow the government to mandate vaccinations for healthcare workers as it is that a near majority would allow them for any American who works at a business employing more than 100 people. While the liberal justices don’t seem to appreciate the limits of federal power, many of the justices on the right don’t seem to appreciate the dangers presented by the pandemic.

These cases are not over, but the rulings yesterday are a signal as to how the Court will eventually rule. One of the mandates is likely to fall while another is almost certain to stand. In the end, we will have new answers to questions of the limitations on federal authority in two new and historic decisions.

In another historic moment, the Department of Justice announced that Stewart Rhodes, leader of the Oath Keepers, and 10 other members of the group with seditious conspiracy. Back in December, I wrote about how many Trump supporters minimize the extent of the January 6 insurrection because no one had been charged with insurrection.

“Just because no one has been charged with insurrection so far doesn’t mean that no one will,” I wrote. That’s what happened yesterday.

In other words, it is a legal term that includes engaging in an insurrection against the federal government.

The indictment alleges that Rhodes and the other Oath Keepers exchanged messages for months prior to January 6 that included planning for violence. Beyond the planning stage, the Oath Keepers participated in the violence on January 6 and reportedly had an armed quick reaction force positioned to provide support if needed.

It isn’t clear where the indictments will lead, but they underscore both the seriousness and unique nature of the Capitol riot and the associated insurrection.