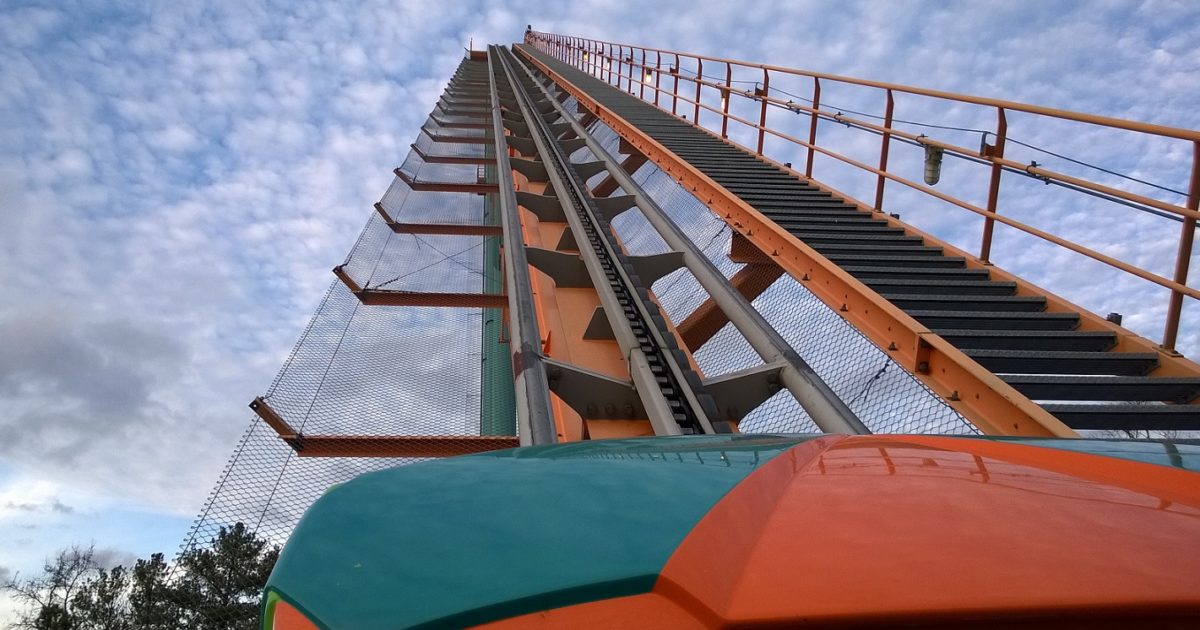 Before the election, I compared the anticipation of the 2020 elections to a thrill ride.  At that point, the train was still headed up the first hill and you were wondering whether you had the stomach for the ride.  Still ahead were the white-knuckled, stomach-churning twists and turns and loops and corkscrews.  November 3 finally arrived and you threw your hands up in the air and maybe let out an exited scream as you plummeted down the first hill of a roller coaster election which, as of this writing, has been “called” by the media for Joe Biden, but depending on who you believe, is still very much in doubt.

And while I am thinking about it, how can a professional commentator be reduced to weeping on air as CNN’s Van Jones apparently did after it became apparent that Biden might have won the election?

I do not have a problem with cable news apologists for this political candidate or that, but Lordy, man.

Of course, the Biden camp is moving merrily along building a transition team and floating various choices for cabinet posts. And did I hear someone actually suggest Stacey Abrams as Attorney General? With a straight face? I checked just to confirm that she is a member of the Georgia Bar. (She is.)

At the same time, the Trump campaign is waging a legal battle on several fronts in several states.  They’ve filed lawsuits questioning the results of the elections there as having been tainted by manual or electronic fraud and manipulation.

As of this writing, the Associated Press is still waiting for the results of the manual recount in Georgia to put the Peach State, which has not voted for a Democrat presidential candidate since Bill Clinton, in the Biden column, which would give Biden 306 electoral votes, the same number President Trump garnered in 2016. Let’s just say that at this juncture, the result is still uncertain pending the result of legal challenges.  Recall that the 2000 election was not “finalized” until the United States Supreme Court issued its ruling in Bush v. Gore on December 12, 2000.

And now, attorney Sidney Powell has told Maria Bartiromo that the Trump legal team has “mountains of evidence” which indicate that the Dominion balloting software was used to move hundreds of thousands of votes from Trump to Biden…enough to flip the election.

We’ll see if a complaint gets filed and moves forward in the judicial system.

Maybe I have missed it, but other than the ongoing discussion about the Electoral College, which seems to come up every time a president is elected without receiving a majority of the popular vote, which the media says has not happened this time, there seems to be less of a hue and cry to get rid of this bit of formulaic genius for electing our president which is baked into the foundations of our nation in Article II of the Constitution.

The Electoral College is one of the last bastions of Federalism.  It ensures that individual states have a voice in the election of the president. It insulates elections from the tyranny of the majority by requiring that candidates build a coalition of consensus across “flyover country” rather than simply campaign in the population centers of the east and west coasts.  It requires candidates to campaign in Arizona, New Mexico and Nevada in the west and in Pennsylvania, North Carolina and now, apparently, Georgia in the east.

So, until the Electoral College convenes in their respective states on the Monday after the Second Wednesday in December (December 14 this year) the roller coaster continues on its tortuous path of twists and turns.  There are many on the left (and perhaps some within Trump’s inner circle) who are calling on the President to accept defeat and conceded the election.  Judging from my Twitter feed, there are just as many on the right who are hoping that Trump will fight to the last and exploit every legal remedy available to him in an effort to flip just enough states to hand him an electoral victory. If you believe Sidney Powell, the fight is about to begin in earnest.

The roller coaster ride may get very bumpy very soon.