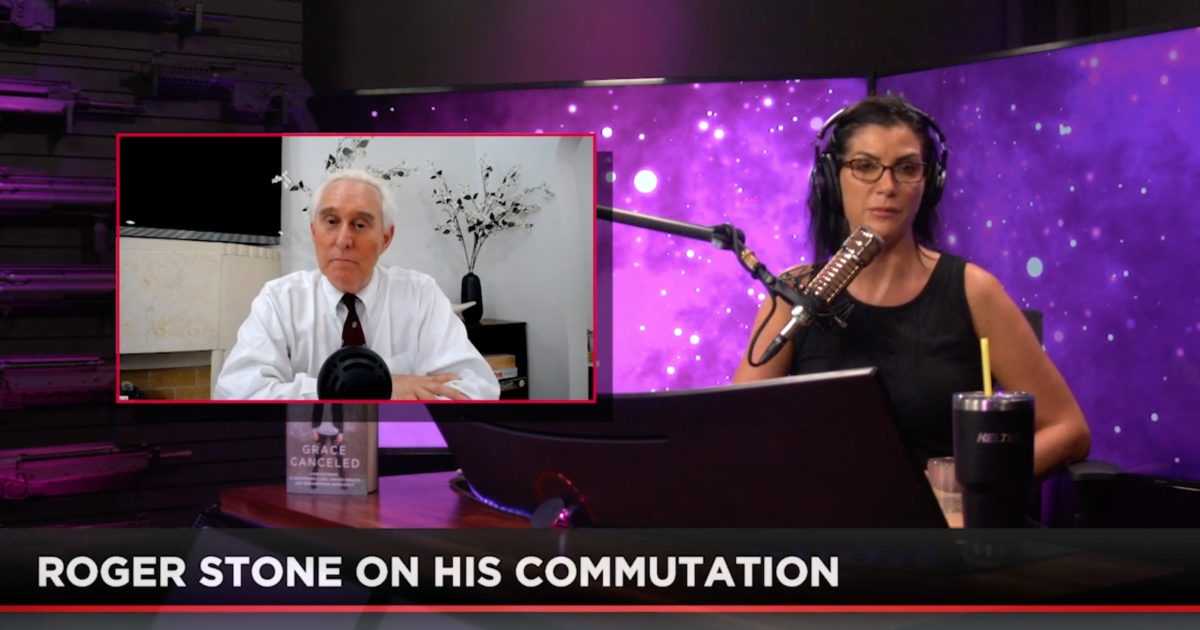 Longtime Trump associate Roger Stone joined Dana Loesch on Wednesday to discuss the president’s commutation of his prison sentence just days before he was to be sent to prison for lying to Congress.

Stone told Dana that “the deep state” was intent on giving him a virtual death sentence due to his preexisting condition combined with an outbreak of covid-19 in the prison where he was to be held.

Adding insult to injury, Stone said that the same prison actually released multiple violent offenders to “protect them from coronavirus.”

Stone revealed that he is “more than half way through” writing a book detailing the scandal and how it all revolved around his refusal to “bare false witness” against the President.

He also had some choice words for Robert Mueller and others saying, “They are traitors and if John Durham does not bring them to justice, there is going to be a revolution in this country.”

The silver lining of it all? Stone has dedicated his life to Jesus Christ.