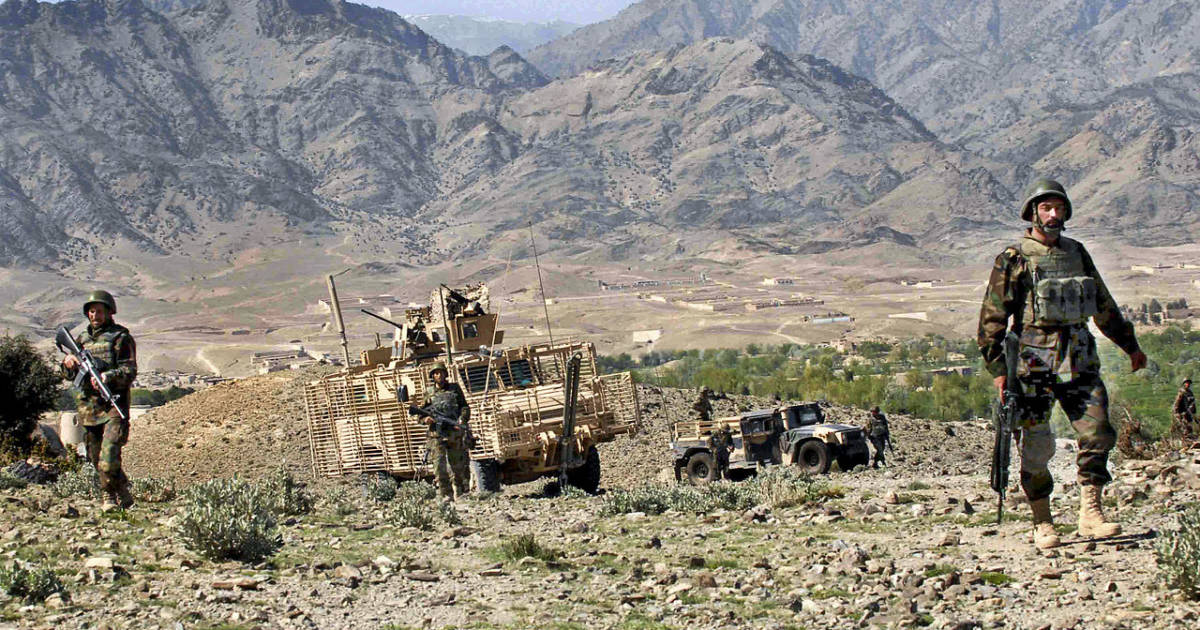 A few years ago, I wouldn’t have believed that I would go almost a week without denouncing the proposed Afghanistan withdrawal, but President Biden’s announcement caught me in a busy work week followed by an anniversary trip. Don’t take my silence for consent, however. I’m one of the few Americans left who still believes that we have an important role to play in Afghanistan.

How many Americans were even aware that we still had troops in Afghanistan? Most probably haven’t given it much thought in years. Why? Because death tolls aren’t front-page news anymore.

As of January, the US only had 2,500 troops left in-country. In 2020, the US only lost 11 soldiers in Afghanistan during the entire year. These deaths are still tragic, but at less than one per month, the effort is very sustainable.

Likewise, the financial cost of the war in Afghanistan was only $52 billion in 2019. Although this sounds like a lot, it represents only about 0.2 percent of the COVID relief bill, not to mention the full federal budget.

Still, why should we spend the money when we are deeply in debt? For the answer, let’s look back in history to the 1980s, a time when music was at its cultural peak, hair was big, legs were warmed by cloth accessories, I was in high school, and the Russians were in Afghanistan.

The Soviet Union invaded Afghanistan in 1979 and fought a protracted guerilla war to prop up their puppet government in Kabul. Sound familiar? Thanks in part to US aid, mujaheddin fighters eventually persuaded the Soviets to leave in 1989. The war didn’t end at that point though.

Fighting continued, first against the communist government left by the Soviets, and then among the various Afghan factions. In 1996, as the US was celebrating the Olympic Games in Atlanta, the Taliban gained control over most of the country.

What followed was a humanitarian crisis as the radicals massacred opponents and dynamited historical sites. The situation developed into a security crisis when the Taliban gave refuge to Osama bin Ladin and al Qaeda.

And therein, lies one of the main reasons why we should stay. Nature abhors a vacuum and so does geopolitics. If the US doesn’t exercise control over Afghanistan, someone else will. That might be the Taliban or some other radical Islamic group or it might be Iran, the Russians, or the Chinese. Whoever it is, it won’t be as good for the US – or Afghanistan – as having Americans control the country.

I’m not deluded about the possibility of having Afghanistan become a functional democracy – that is likely decades away if it’s possible at all – but it is in our interest to project a stabilizing influence in the region, both to prevent the country from once again becoming a terrorist haven as well as to prevent another bloodbath of innocent civilians.

Additionally, giving up and going home reflects poorly on America as an ally. We now have a long history of abandoning our friends when the going gets tough. Recent examples include South Vietnam, the Kurds, the Iraqis, and now the Afghans. With friends like us, who needs enemies?

I’m also not under any illusions that those of us who favor staying in Afghanistan are anywhere near a majority. Both parties seem to have decided that the war is over, regardless of whether the enemy has been vanquished. President Trump had already set a May 1 deadline for withdrawal so Biden is leaving the troops in place longer than Trump would have. If Donald Trump was still president, I’d worry that we might continue the global retreat by leaving NATO and South Korea.

George Orwell once said, “The quickest way to end a war is to lose it,” but withdrawing Americans from Afghanistan won’t end that war, it will only move the conflict into a new and bloody phase, one that might require sending American soldiers back as we were forced to do in Iraq.

Both parties need to learn that deserting our allies is not the way to make America great or respected again.