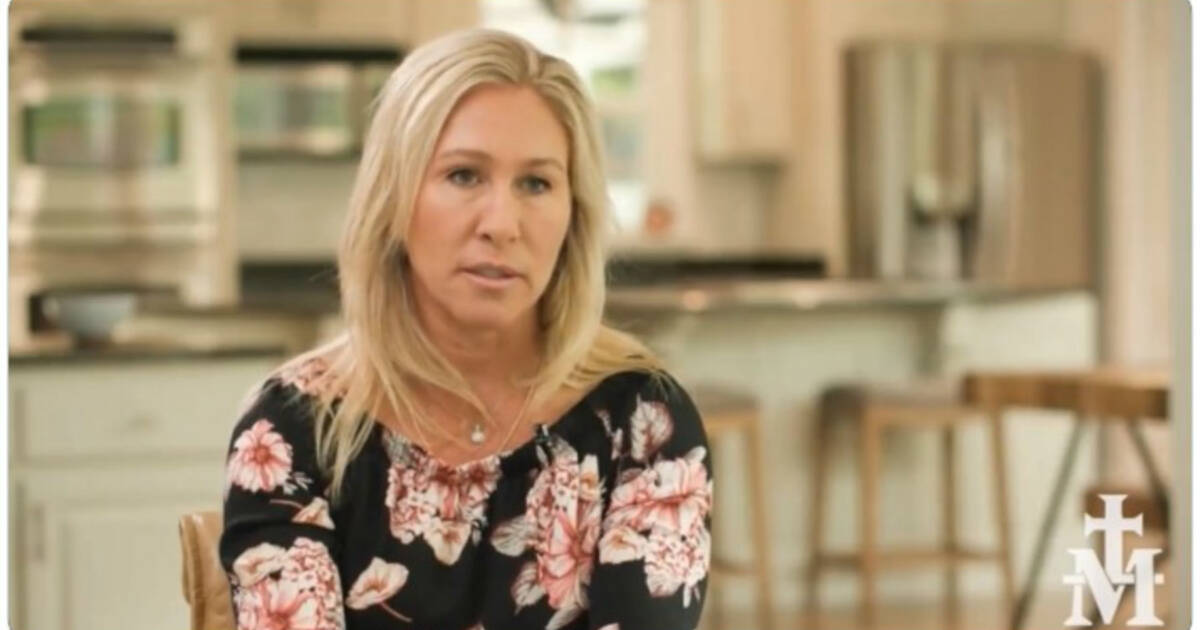 Not long ago, I played devil’s advocate and told you why the Republicans were going to screw up this year’s elections. Even though everything seems to be going in their favor, the party has had a long history of snatching defeat from the jaws of victory.

Folks, it’s happening. Here are a few examples of the Republican Party just not being able to keep it together.

In the first and one of the most egregious examples, Marjorie Taylor Greene (Q-Ga.) was interviewed by Church Militant, a right-wing Catholic organization. The interview is behind a paywall, but Right Wing Watch posted a clip on Twitter in which the Georgia congresswoman says, “Satan is controlling the church” and “not adhering to the teachings of Christ” because some Christians are too easy on illegal immigrants.

Per the article, Greene is asked about Christian organizations receiving federal funds to aid illegal immigrants. Here is her full reply:

I thought we had a separation of church and state.

We are supposed to love one another, but their definition of what love one another means, means destroying our laws,” she continued. “It means completely perverting what our Constitution says. It means taking unreal advantage of the American taxpayer. And it means pushing a globalist policy on the American people and forcing America to become something that we are not supposed to be.

We should hold those countries accountable. “Oh, I’m sorry, Guatemala, you’re not getting a check this year because you’ve sent X number of thousands and tens of thousands and hundreds of thousands and millions of people to illegally invade our country as if they’re an army. They may not have guns, but they’re the numbers of a regiment of an army. We won’t be able to send you your foreign aid until you bring your people back.”

The bishops of Catholic relief charities and services, they should be all in support of that. If the bishops were reading the Bible and truly preaching the word of God to their flock and not covering up child sex abuse and pedophilia, loving one another would have the true meaning and not the perversion and the twisted lie that they’re making it to be.

This is straight-up QAnon conspiratorial ramblings that invoke a Satanic conspiracy connected to pedophilia. Greene was an avowed QAnon believer in the past but said last year that she regretted that she was “allowed to believe things that weren’t true” before she faced a censure vote. She obviously has not kicked the habit.

As someone pointed out, Jesus did not say “love one another, but…”

In contrast to the anger and vitriol that too often comes from the church these days, Jesus also told us, “Love your enemy and pray for those who persecute you.”

In case there is any confusion, the Bible also instructs us to be welcoming of strangers and aliens and to give them the same aid and respect that we would give the native-born. This instruction comes in not one verse but many.

Marjorie Taylor Greene’s version of the Gospel faults churches for following the admonitions of Jesus and loving poor immigrants without a “but.” That sounds like something that Satan introduce into the church to distract it from its good works.

We are a nation of laws and those laws need to be enforced. Those laws also need to be just, however. Our immigration laws are not just when wait times are often measured in decades even for the most desirable immigrants.

Current laws can be enforced humanely, however. Those who demonize immigrants (illegal or legal) and intentionally abuse them are not acting in Christian love. You might even say they are doing the work of Satan.

In Madison Cawthorn news, the North Carolina Republican was cited for bringing a loaded gun into an airport for a second time, and he may also be in trouble for insider trading. Repeatedly walking guns past security is not being a responsible gun owner.

The allegations of insider trading involve Cawthorn’s public statements around a virtual “Let’s Go Brandon” coin. The situation looks bad enough that even fellow Tarheel Republican Thom Tillis is calling for an investigation.

And then we have the leaked Kevin McCarthy comments in which the House Minority Leader said that he thought Trump should resign. The revelations have touched off intraparty squabbling between the MAGA caucus and the not-so-MAGA Republicans.

Rep. Matt Gaetz (R-Fl.) is one of the Republicans sniping at McCarthy after it came to light that McCarthy criticized Gaetz’s behavior on January 6. Gaetz responded by saying, “This is the behavior of weak men, not leaders.”

The news of insufficient loyalty to Donald Trump also increases the chance that The Former Guy will get involved. He’s already seeking revenge against several sitting Republicans. He might well add McCarthy to the list.

Further dribbles of information about January 6 are continuing to come forth as well. MTG features in another of these revelations as someone who called for “Marshall [sic] law” more than a week after the insurrection and just before Joe Biden’s inauguration. Some people say voters don’t care about January 6, but I don’t think most Americans like the idea of a congresswoman calling for martial law to overturn an election.

There is a lot of silliness on the Republican side along with an increasing amount of infighting. Will it be enough to stem the red wave that seems to be building? I’m still betting on Republican gains, but I do believe the behavior of Greene and many of the others is going to act to blunt its force.

Republicans said in 2020 that all Democrats had to do was not be crazy, but they couldn’t pull it off. That was true then and it impacted Democratic gains in what could have been a much bigger year.

The reverse is true going into 2022. All the Republicans had to do was not be crazy, but they just can’t help themselves. For those like MTG, it’s in their DNA.

There are still several months to go before the election and a lot can happen. A lot of the actions that shape the election won’t be on the national radar but will be happening at the local level. The more MTGs that Republicans nominate this spring, the worse their results will be this fall.