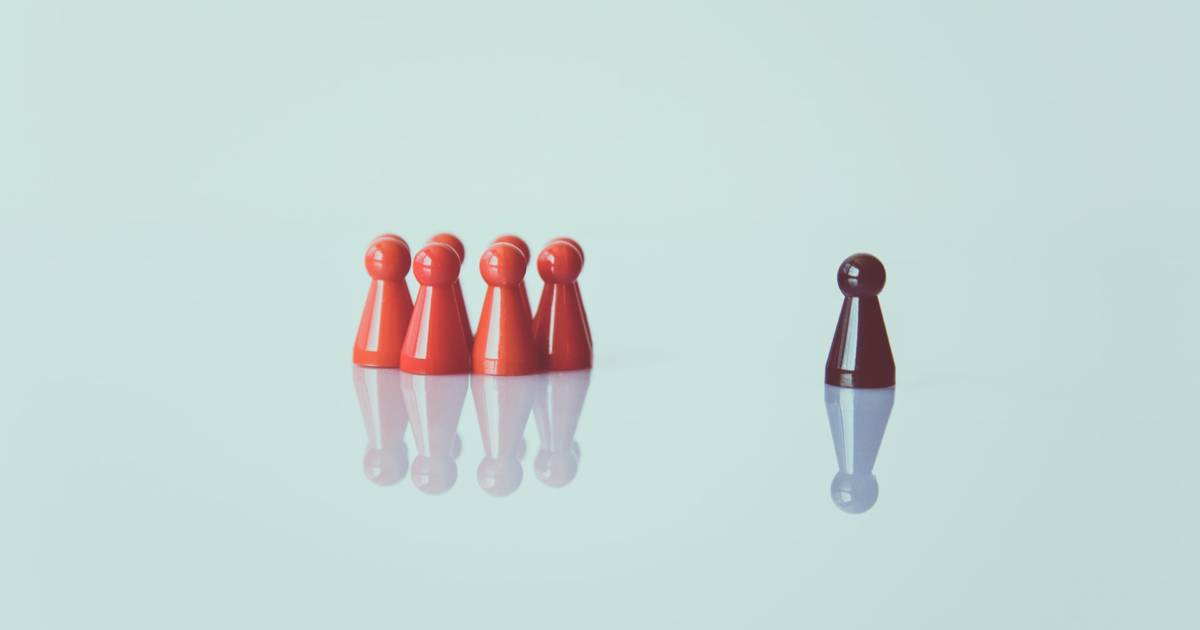 When I saw the maelstrom that erupted on Sunday from David French’s piece on structural racism, I thought, “I’ve got to get me some of that!” Seriously, no. Even though I like French and frequently find myself agreeing with him, I don’t aspire to be a human lightning rod. My biggest differences with French center around the significance of superhero movies and Lord of the Rings, but I figure that he has earned his right to a bit of geekery.

Frequently, French does say what I’m thinking and that was the case with his Sunday piece. Over the past few years, I’ve gone from thinking that racism had largely disappeared from polite society in the United States to believing that there is more racism than I had imagined lurking just under the surface. As it happened, French’s point was underscored by a couple of news stories that broke before the ink would have been dry on his article if the internet used ink.

You have probably heard the first story. It involves the congressional testimony of Harry Dunn, a private first class on the Capitol Police force. In his testimony, Dunn described how the mob of insurrectionists called him a “f-ing n-g-r” in the midst of the riot. Other black officers reported similar experiences.

“No one had ever – ever — called me a “n-g-r” while wearing the uniform of a Capitol Police officer,” Dunn said.

This makes me really wonder about the crowd. If I was angry at a black man, it would be far from my first reaction to pull out the n-word. In fact, that epithet would be so far down in my repertoire that it would never get used, ranking even below the f-bomb. I was raised in a polite, Southern, conservative, Christian household and neither word was ever used in my family, even 40 years ago in the wake of the Civil Rights era and integration.

To use the n-word in 2021 suggests a racial hostility that has been simmering under the surface. This isn’t a word that is used lightly and, not being common anymore, it probably isn’t on the tip of your tongue unless it’s a word that you use – at least in thought – on a regular basis.

It has the feel of people who wouldn’t use the word in polite company because they know it isn’t socially acceptable anymore, but who really, deep in their hearts, believe that black police officers are nothing more than “f-ing n-g-rs” and probably more than a little uppity.

The second story is even worse. The AP reported on an alleged Ku Klux Klan murder plot in Florida uncovered by the FBI a few years ago. The kicker here is that the Klansmen involved were employees of Florida’s Department of Corrections. Three Klansmen were convicted of conspiracy to murder a former inmate, and a total of six current and former guards were exposed as members of the Klan. This sounds like a story from the 1960s or even earlier, but the plot took place only a few years ago.

If you start connecting the dots from data points like these, you begin to understand the belief in systemic racism. There is a real tendency for racists to embed themselves in government agencies (or violent mobs) and then be covered by the good-old-boy networks. Florida apparently never investigated further to find out whether other members of the Klan were employed in the Department of Corrections or other law enforcement agencies.

These recently reported incidents are not even the tip of the iceberg. A sheriff’s deputy in Georgia was fired last November after attracting the attention of the FBI when he bragged in a white supremacist text message thread about beating up blacks and charging them with felonies to keep them from voting. The former officer pled guilty in April to illegal weapons charges in federal court.

To be honest, I got whiffs of racism from the right long before these stories hit the news. The Ahmed Arbery case was a major red flag, not only because it involved a white citizens group killing an innocent black man under false pretenses, but because of the reaction from the political activists and internet warriors. The assumption was that Arbery was doing something wrong and had it coming even though the facts indicated otherwise.

To believe what the pundits were saying, you’d have to believe that the local police and Georgia Bureau of Investigation missed obvious things like a hammer and boots in the cellphone video of the killing as well as not understanding laws on trespassing and citizens arrests. I feel confident that the GBI knows Georgia law a lot better than internet trolls who don’t even live in Georgia for the most part.

And the Arbery case isn’t isolated. In numerous killings of blacks, the reaction from the right is a default assumption that the blacks had it coming and the police were right even when they were wrong. That deference to police judgment does not extend to January 6 and the killing of Ashli Babbitt for some reason, but it does apply in the cases of Breonna Taylor, Philando Castile, and George Floyd. There are lots of dots and there looks like a strong correlation.

My personal uneasiness with the racial politics of the right goes back at least to the riots in Ferguson and Baltimore in 2014 and 2015 respectively. I remember a lot of the Republican response online was criticism, often in the form of racial jokes, of welfare, fractured families, and black crime rates. Today, I hear a lot of people on the right who blame black voters for Biden’s victory and Trump’s loss. This figures into Officer Dunn’s story as well.

And then there are the politics of immigration. In recent years, the focus on illegal immigration has shifted to one that often opposes all immigration. The Republican talking points about migrant caravans and immigrant crime often have racial undertones.

Critical race theory has taken on an outsize role as a Republican bogeyman, even as the pandemic rages and the economy sputters. The mantra is that blacks want to erase our (Confederate) history but simultaneously focus exclusively on slavery and Jim Crow. If you think about it, pulling off both of those supposed goals would be quite a trick since the two topics are inextricably linked.

In truth, the issue isn’t just about slavery and the Civil War. Although there aren’t any living Americans who would remember American slavery, there are many, many Americans who lived under Jim Crow laws. Public schools in Georgia were desegregated within my lifetime and I only missed the Civil Rights Era by a few years.

The last segregated public school in the US, Cleveland High School in Cleveland, Mississippi, was only desegregated in 2016. Even black Republicans such as Senator Tim Scott (R-S.C.) often acknowledge that they have been the victims of apparent race-based police harassment in recent years.

I’m sure that some folks will respond that there are racist Democrats as well. There are blacks who hate whites and the Confederates and segregationists were Democrats.

To the first point, I respond that having racists in the other party doesn’t make it okay to have racists in yours. Take responsibility for keeping your own house clean. To the second, I say that you shouldn’t have to look back 50 or 150 years to talk about how your party fought racism. What have you done lately?

The Republican Party needs to do a better job of calling out the racists within its midst. It used to do so not that long ago. It was only last year that Iowa Congressman Steve King lost to a primary challenger after years of making racist comments.

Republicans might not be racists but with their reputation, they need to work hard to seem less racist. Or better yet, not racist at all.

This isn’t just a decent thing to do. It would also help to save the Republican Party. If we look at exit polls from 2004 and 2020, we see that the Republican share of white voters was identical at 58 percent. The problem for Republicans is that white voters declined from 77 percent to 67 percent of the electorate in that time. The GOP is winning the same share but the pie is shrinking.

A further problem is that Republicans are doing worse with nonwhite voters. Trump’s 2020 share of black voters was almost identical to George Bush’s in 2004 (12 percent and 11 percent respectively), but Trump lost about 10 percentage points from Bush’s performance with Hispanic and Asian voters.

This isn’t to say that Republicans need to become liberal or adopt leftist positions (although they already have to some extent). In fact, I’d like to see the party move back toward a more traditionally conservative direction.

What Republicans do need to do is just don’t be racist. Don’t use racial slurs. Don’t assume that minorities are criminals. Don’t allow white supremacists in your party, especially in positions of power. This is all doubly important for Christians.

The Republican Party cannot continue to exist as a predominantly white party and part of the solution is going to be to acknowledge that people who believe in systemic racism do make some valid points and complaints. Listening to these voices and taking them seriously is a start.

America was founded on the principles of freedom and equality. We’ve often fallen short, but we’ve also come a long way. None of that means that we should stop moving forward and working to make our country better, however.